Busch Beer’s ‘SHHH’ advertisement premiered shortly after the start of the game, and users took to twitter to praise not only the commercial, but also the brand as a whole. Users were mentioning how a party wasn’t worth it unless Busch Beer was present and praising Busch for funny commercial topics. Though Busch had a very clever and successful commercial, the controversial Budweiser ad gained a lot more attention on twitter. 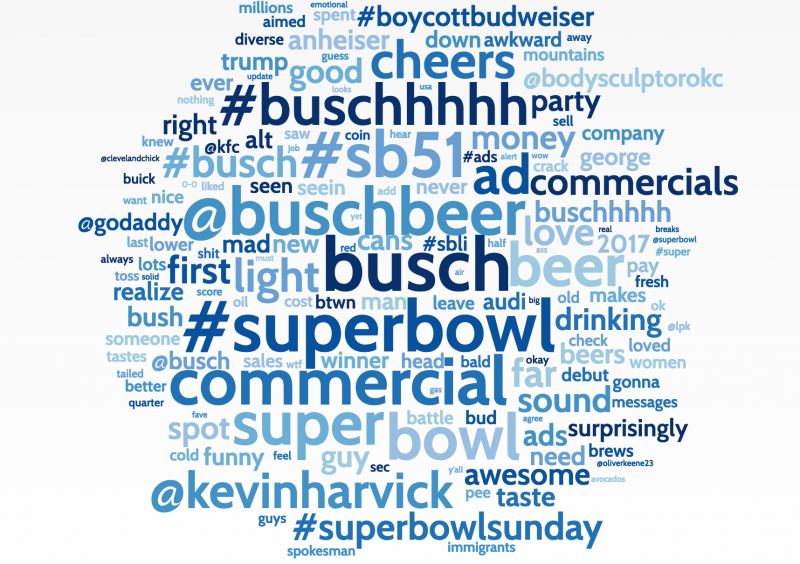 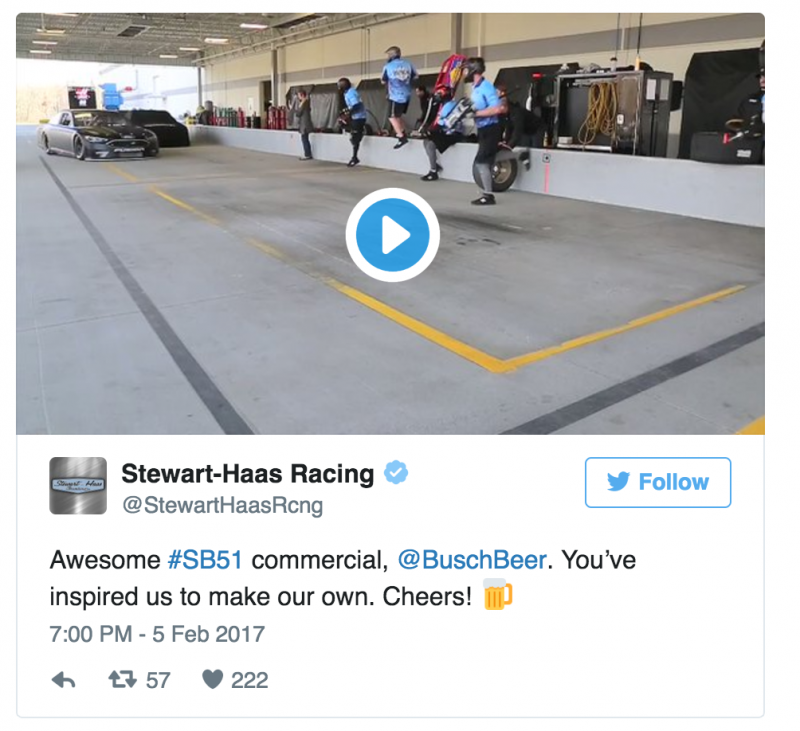 Budweiser’s story of an immigrant’s tough journey to the U.S. gained enormous amounts of attention during and after the game had concluded. The sentiment of twitter reported in around 58% positive and less than 10% negative. Today alone, this commercial received over 89,000 tweets. Twitter users kept re-tweeting and mentioning posts containing a hyperlink to the Budweiser ad, saying that Budweiser will always win the best ads from the Super Bowl. On a negative spectrum, certain users also posted tweets against the popular commercial containing hashtags such as #boycottbudweiser in regards to the advertisement’s stand on the current immigration issues.

Overall, the two commercials were very successful in terms of positive sentiment and popularity throughout twitter. Busch did a great job increasing their awareness and kicking off their first ever Super Bowl commercial while Budweiser decided to break from their normal puppy-themed commercials to successfully produce a politically loaded commercial.

GoDaddy Makes a Comeback in Battle Against Wix

GoDaddy Makes a Comeback in Battle Against Wix