When analyzing the @TurboTax Super Bowl LI ad through a political-lens, it is extremely interesting to note the way in which the brand implemented current issues (in particular the Trump Administration’s Border Wall Plan) into a humorous Super Bowl LI advertisement. Where other brands took this topic on a more serious route (e.g. @84LumberNews Journey advertisement), @TurboTax cemented themselves their brand image of a politically-conscious, yet light-hearted and easy-going service-provider.

The overall reaction showed a clear divide – either users thoroughly enjoyed the ad or vehemently disliked it (those that disliked the ad represented a small percentage of the overall conversation – see below sentiment analysis). The main problem with those who did not appreciate the angle from which @TurboTax spun their advertisement was the

The highest retweeted content originates from the user @KeatingThomas who compared Trump with the protagonist from the @TurboTax ad. If you also direct your attention to the word cloud, you can see that others also keyed in on the Trump comparison. 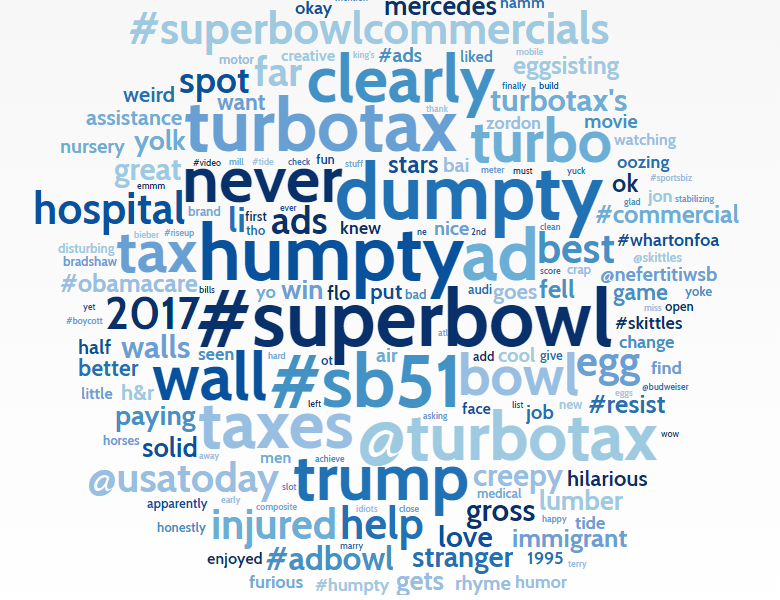