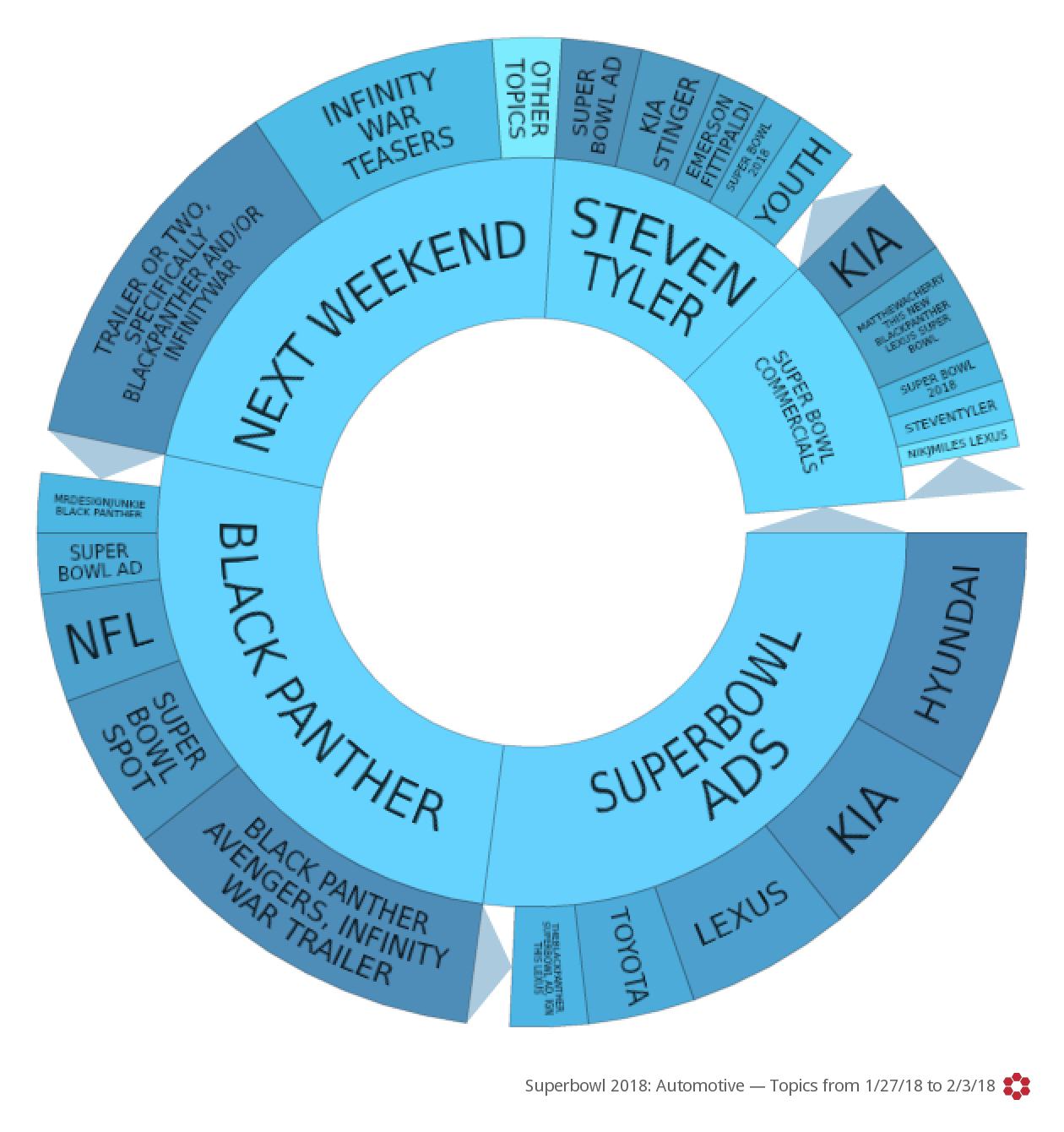 Looking into the analytics for the ads in the automotive industry, Lexus and KIA stood out among competitors. KIA’S ad featured Steven Tyler and took him back in time with a clever approach and interesting story line. Many viewers seemed to show interest in this ad by showing a substantial amount of engagement in their volume of Tweets. As obtained in earlier findings, brands find success in celebrity endorsements. Lexus even further drove the conversation with their ad that surfaced the internet on February 1st. The Lexus ad featured Black Panther. This movie has quickly become the most talked about movie of 2018 and many movie goers are anticipating its debut on the 16th of this month. This was a clever and strategic decision that Lexus made and these results in post volume support that it was indeed successful.

After this clip was released, it totally cannibalized the conversation of automotive ads as seen in this topic wheel. The topic wheel displays that Black Panther took up a larger sector of the buzz in comparison to KIA.

It is essential to recognize the careful planning and strategy that goes into ad placement and ad execution. These two brands are great examples of how to effective connect with their audience. Lexus did an amazing job in capturing their audience as well as partnering with a highly talked about movie which increased their engagement significantly. 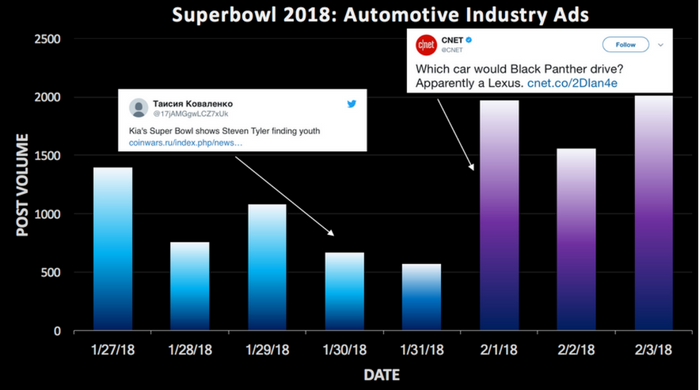 This graph show the post volume of tweets pertaining to automotive ads during the duration of these dates. The featured tweets display the major conversation that was taking place and explains the spikes in post volume.

This post was contributed by SEE Suite Intern Kenya Jordan.

Who Do They Really Love? The Endorsers’ Power Over The Brand.

Who Do They Really Love? The Endorsers’ Power Over The Brand.