Busch Beer’s first Super Bowl appearance as a marketer has not been popularized. Although the sentiment surrounding the ad has been mostly positive commenting on the humor of the spot, @BuschBeer ‘s small twitter presence and lack of promotion has not driven any volume of engagement around commercial.

Since January 29th there have been only 315 posts on twitter mentioning Busch Beer and the Super Bowl. Most tweets have been sharing the Ad Age article about the beer brand’s first foray into the Super Bowl or a link to the spot itself where the conversation spiked after the release of the ad. 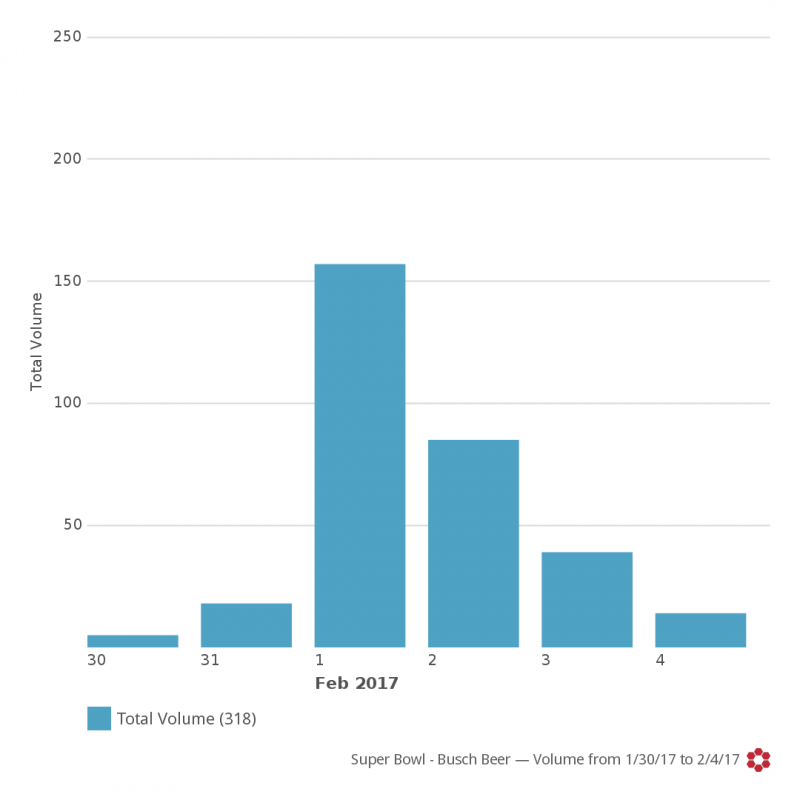 Also unfortunately for the Busch Brand, residual negative tweets about Budweiser’s spot focusing on the story of founder Adolphus Busch are prevalent in Busch’s already small conversation because of the sharing of the name.