Only 46% (2,051 posts) of the Oscar Leading Lady conversation originated from the United States, showing that this is not a national, but global conversation. Apart from the US, the most prolific countries were the United Kingdom (347 posts), Spain (189 posts), France (188 posts), and India (178). The most active cities in this conversation are New York, Los Angeles, Paris, London, And Porlamar. 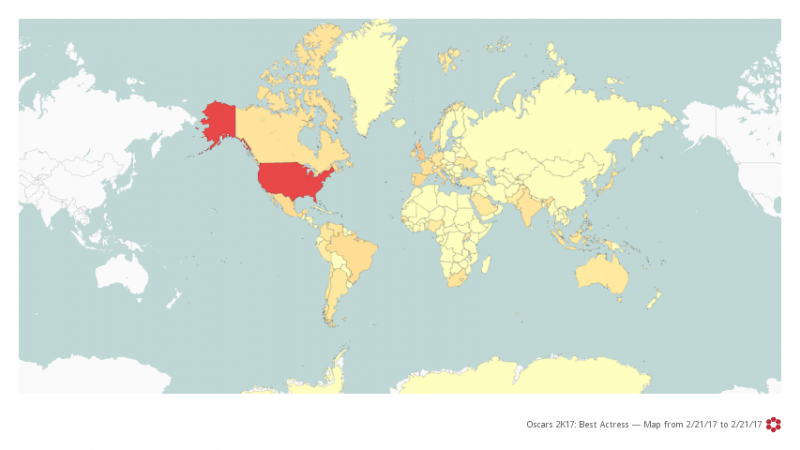 The most mentioned actress hashtags where #EmmaStone (850+ posts), #MerlyStreep (790+ posts), #IsabelleHuppert (380+ posts), and #NataliePortman (310+ posts). Ryan Gosling and La La Land were also mentioned hashtags in this post set because Emma Stone was often mentioned alongside her co-star and the film she is nominated for.

This conversation was relatively stagnant from the 17th – 20th ranging from 491 – 652 posts per day, but the conversation almost tripled to 1,656 posts on the 21st. 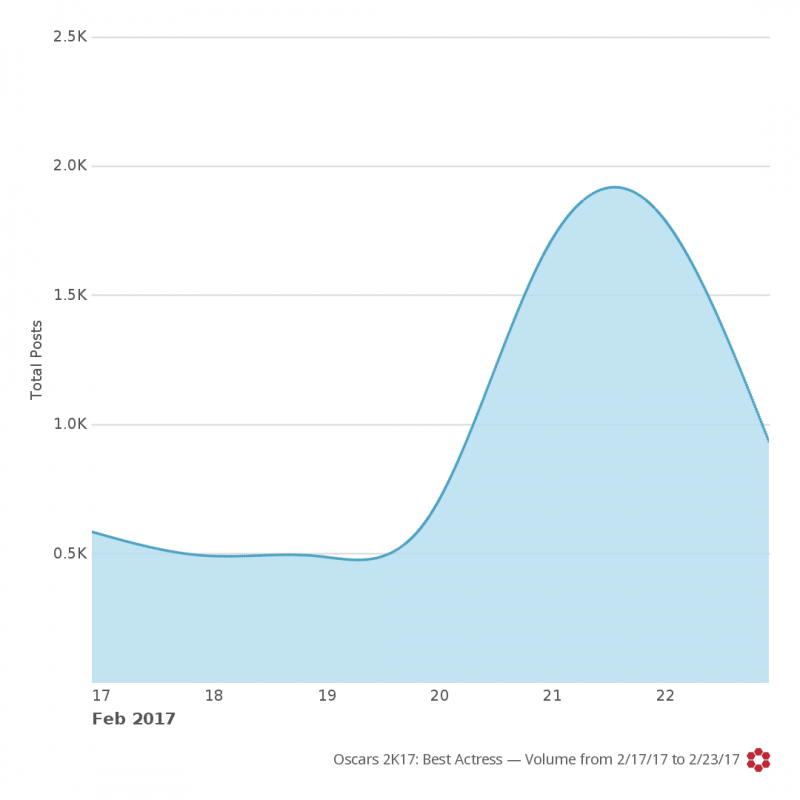 This spike can attributed to the 2 below tweets commenting on the diversity of the Academy Awards.

Halle Berry is still the only black woman to win Best Actress at the Oscars. https://t.co/QUvJeMZIUL

The two most retweeted posts in this total time period, they led to an increase in negative sentiment in the conversation from the previous day, from 1% of posts to 7% of posts being negative.

The conversation surrounding the Best Leading Lady continues to increase as Oscar night comes closer and closer, and with that increase will come even more interesting talking points!