On February 3rd, 2017, it was discovered that the USDA removed animal welfare records from the United States federal archives. News coverage of the incident increased, and animal activists took to online platforms to spread the news and their opinions on the controversy. Referred to by the Washington Post as an “assault on transparency by the Trump administration,” the incident was undoubtedly one of the most controversial animal rights incidents to occur in recent times. What ensued was an online firestorm full of emotion and sentiment, that ultimately led to a statement being released from the USDA itself.

— The Humane Society of the United States (@HumaneSociety) February 3, 2017

Over a time period of about four days, over 16,000 tweets were posted about the USDA’s removal of animal welfare records. The U.S. Humane Society took to its online platforms to bring to light and challenge the actions of the USDA by employing the hashtags #AttackOnAnimals and #NoUSDABlackout. Throughout the course of the online conversation, these hashtags were used on over 10,000 separate occasions. 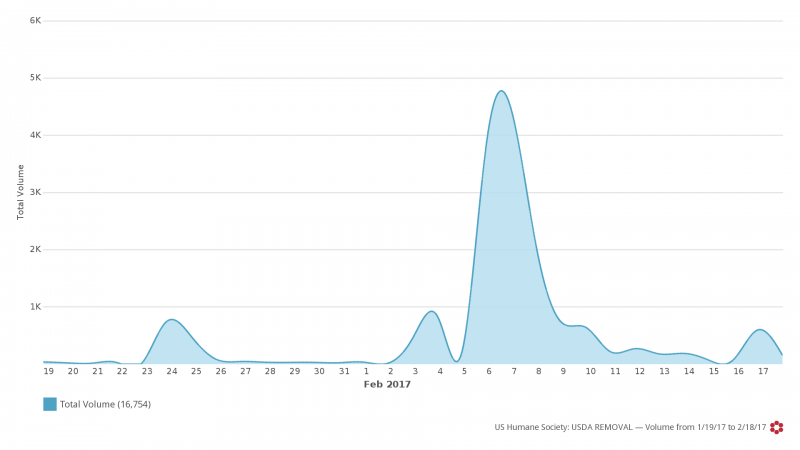 When examining emotions and sentiment expressed in these tweets, the most negative sentiment was expressed on the 6th, prior to the release of the USDA’s statement. However, the most emotion occurred on the 4th, when initial news about the controversy was just being spread. Although this topic exploded in popularity between the 3rd and the 8th, it is still actively being discussed by online communities today. 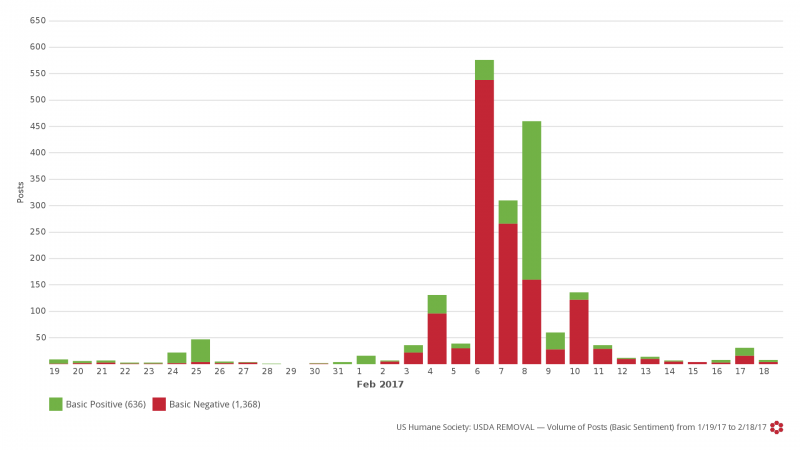 As depicted in Figure 3, the conversations that contributed to negative sentiment were entirely centered around the USDA’s removal of the public records. Positive sentiment conversations were also somewhat anchored towards this topic, with people tweeting encouraging posts about the search for the missing records from the USDA. However, also during this time period, people were sharing positive tweets about animal rights. 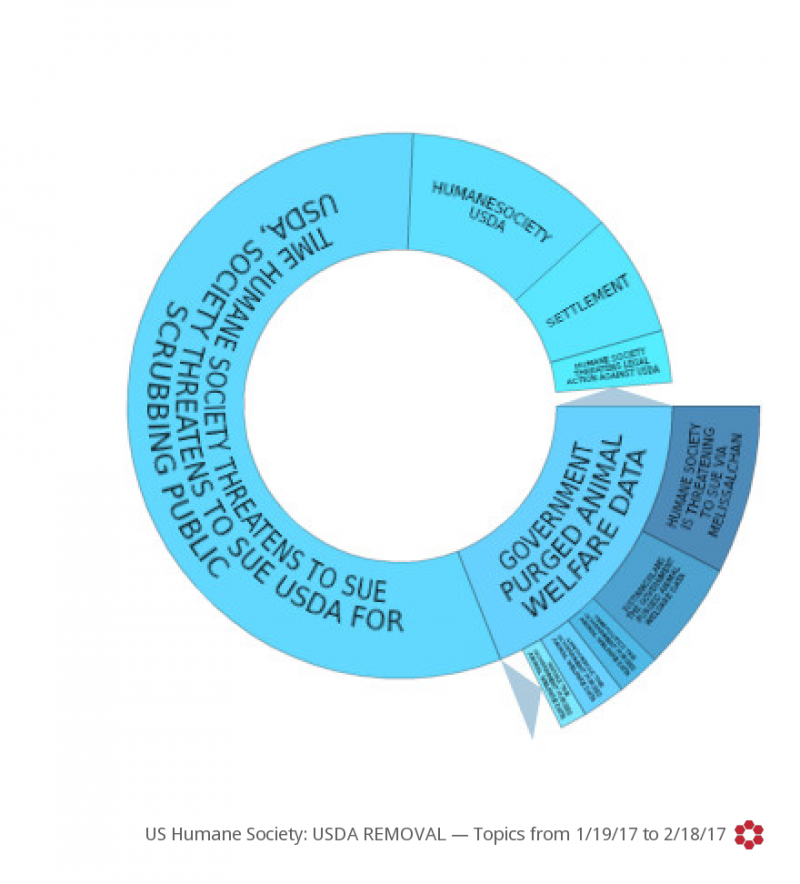 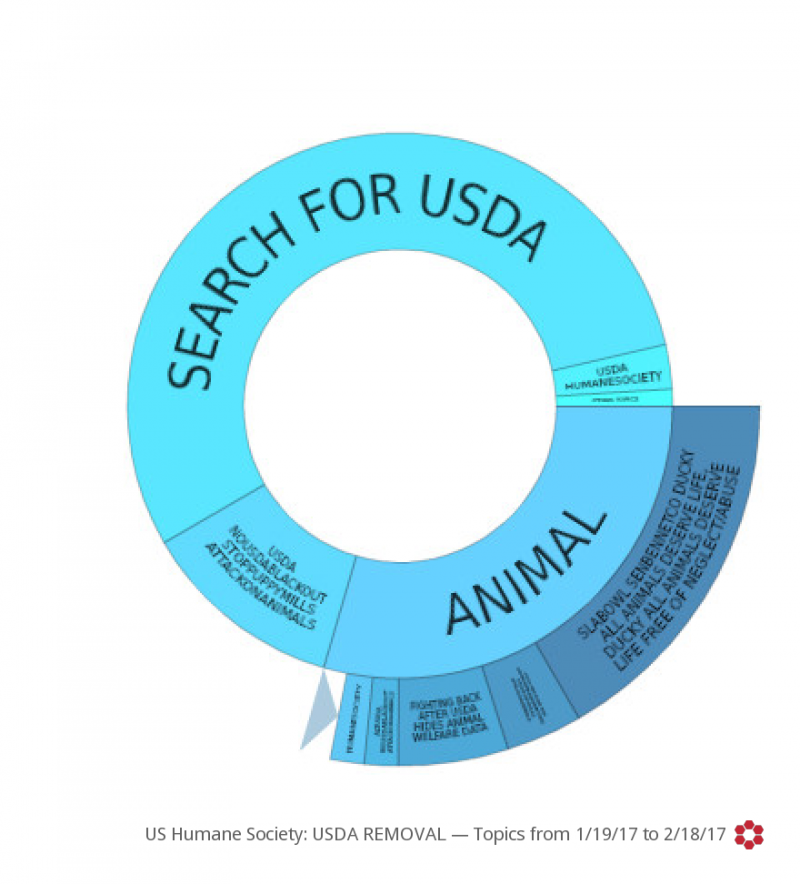 Women’s History Month: A Tale of Hate or Joy?

Women’s History Month: A Tale of Hate or Joy?