World Wildlife Fund is the world’s leading non-profit conservation organization with work in over 100 countries. Their mission is to conserve nature and reduce threats to the diversity of life on Earth. Their major areas are work are wildlife, food, climate, oceans, fresh water and forests. We analyzed 451 tweets from April 1, 2017 to July 31, 2017. When looking at the tweets during this time period, we found that WWF uses hashtags in the majority of their posts.

From this analysis we looked at the relationship between the type of hashtag WWF used and the average engagement measured by the amount of retweets those hashtags gained. Therefore, we decided to categorize the different types of hashtags and measure how that affected engagement. We divided the type of hashtags into six different categories: current events, promotion/call to action, animals, WWF, outside organization, and environment/ environmental activities. We found that hashtags about current events received the most retweets on average, even though current events hashtags did not have the most tweets. This is seen in the graph below. 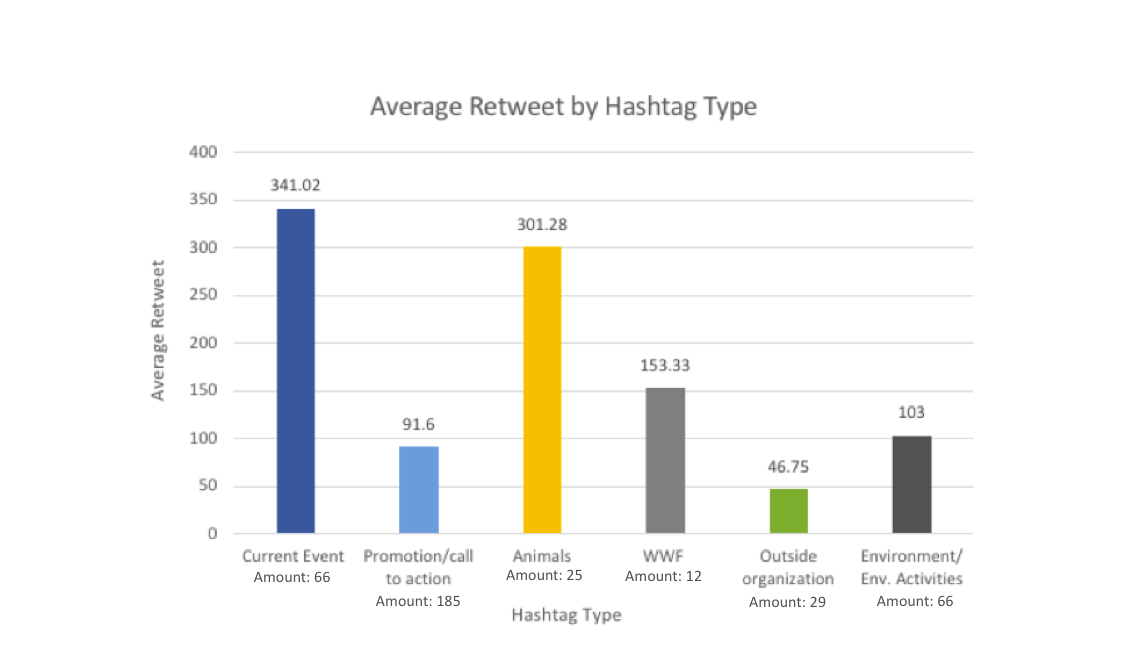 The Average Retweet by Hashtag graph shows the average retweet of each hashtag category (current events, animals, etc.). The number below each category title indicates the number of tweets in each category out of 451.