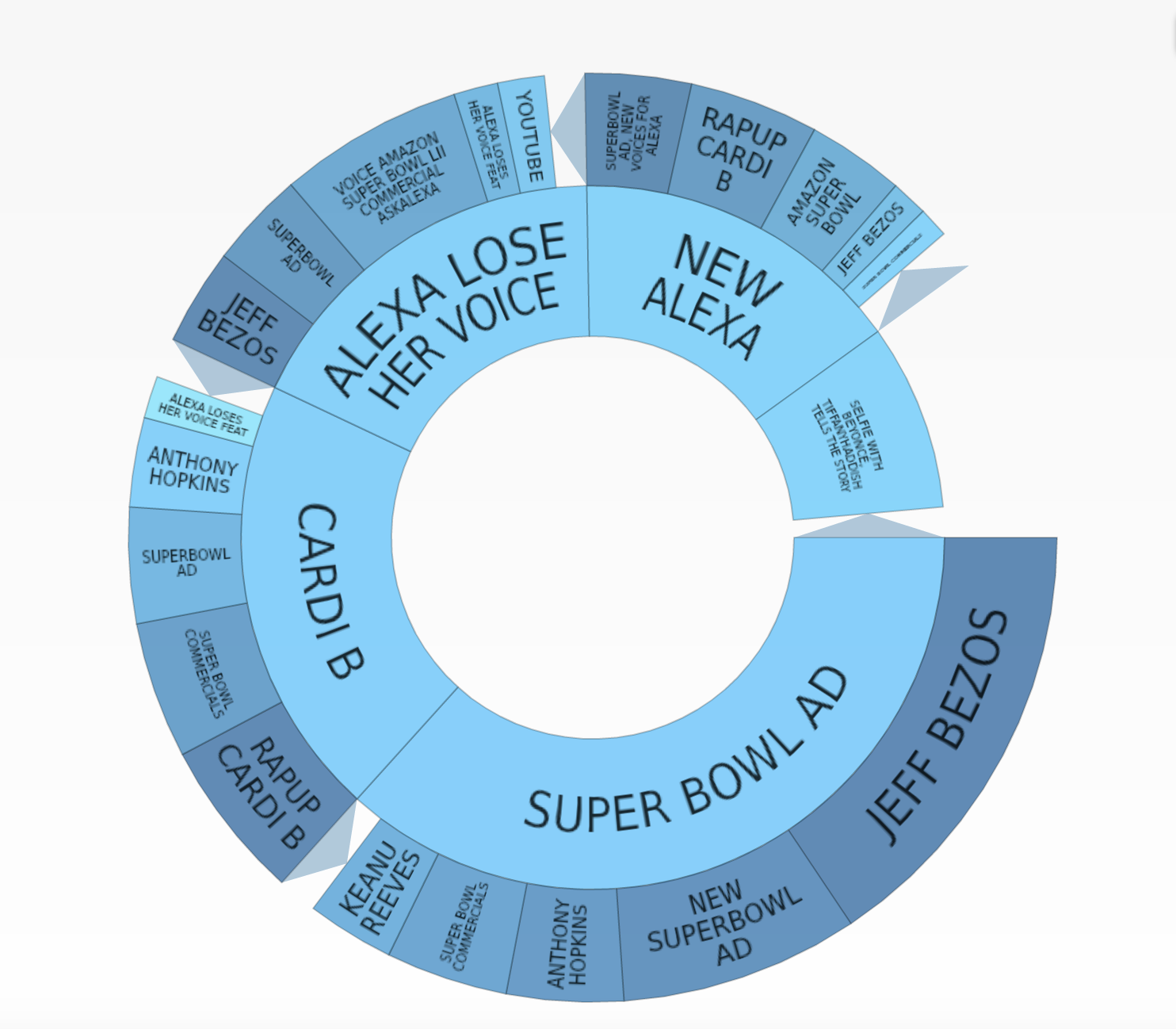 Delving deep into the conversation surrounding Super Bowl 52 and specifically looking at the tech industry, there was one product in particular that is taking center stage. Amazon’s Alexa which is a voice activated command device is taking over almost the entire conversation for tech service ads. From January 27TH – January 30th much of the conversation was centered around Amazon teasing viewers that Alexa will start offering new voices and that she might have lost her voice.

On the 31st of January, a clip of the Alexa ad that featured Cardi B who has quickly become the most talked about female rapper in the industry surfaced on Twitter and generated a great amount of attention. The sentiment was basic positive and neutral with less than .1% of negative reviews. The increase in engagement was affected by one significant factor, the renown, Cardi B. Once the clip that featured this celebrity was released, the entire conversation was amplified. Her vibrant personality and humor drew in a higher volume of posts and conversation. Many of the tweets were talking about how hilarious Cardi B was in the clip. The influence of a celebrity like Cardi B was a smart move for Amazon. It shows the importance of endorsements and how powerful they are in increasing engagement. 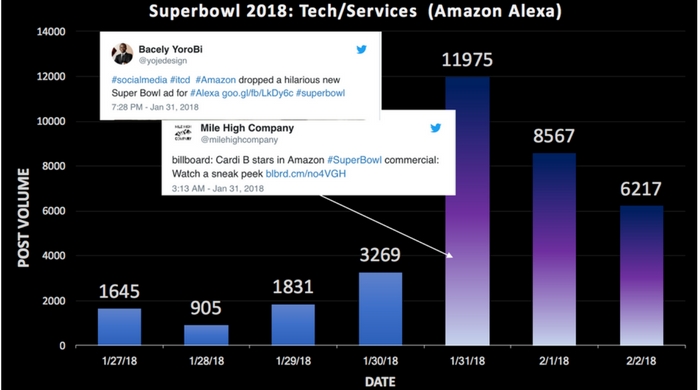 Remembering Barry Hollander through his tweets

Remembering Barry Hollander through his tweets