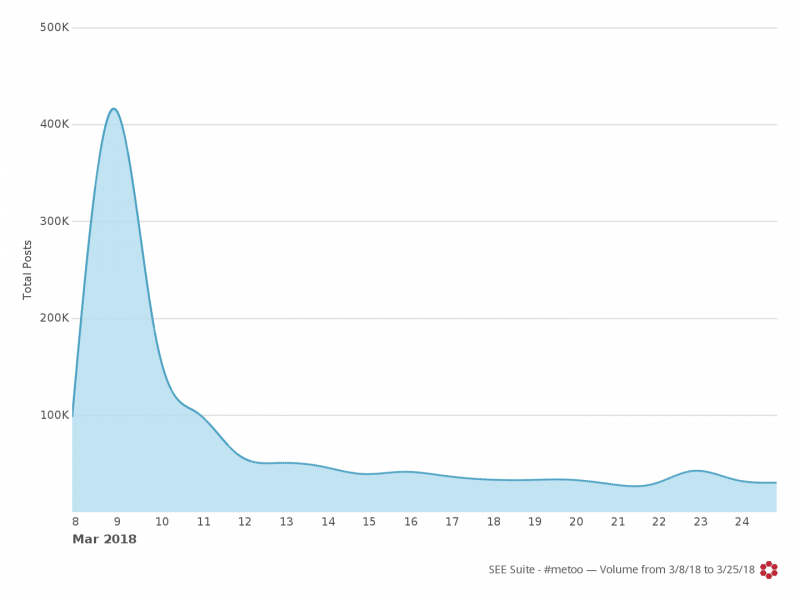 However, at the same time a new conversation has hit Twitter with an incredibly impressive volume of users contributing: #MarchForOurLives. The national march occurred on March 24th, where millions of people took to the streets in protest of American gun regulations. This conversation has gained a lot of momentum following the school shooting in Parkland, FL, and over 4.6 million people tweeted about the event on Saturday. 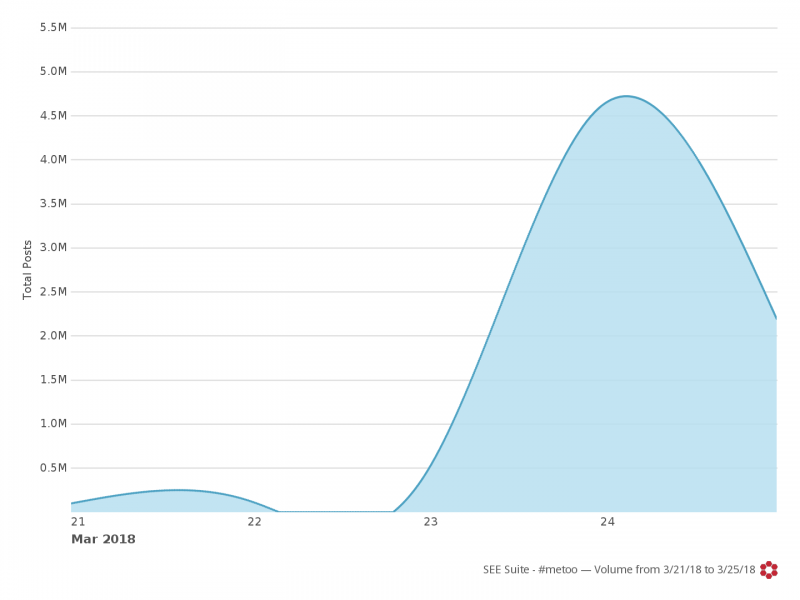 The conversation has also led to a rise of new hashtags such as #NeverAgain and #Enough, each earning 1,100,000+ and 140,000+ tweets in the past month respectively. The #NeverAgain hashtag alone was used 421,023 times on the 24th, which is a volume higher than any spike #metoo has received other than their first spike in October.

Do these numbers mean that the #metoo hashtag is getting replaced by a fresh, new political issue? Perhaps this means that most people tend to only support one issue at a time. Or perhaps #metoo simply needs another event like the Golden Globe’s in order to regain its popularity. But as for this past week, #MarchForOurLives has dominated 97% of the conversation compared to #metoo’s 3%- demonstrating exactly how the conversation has flipped. 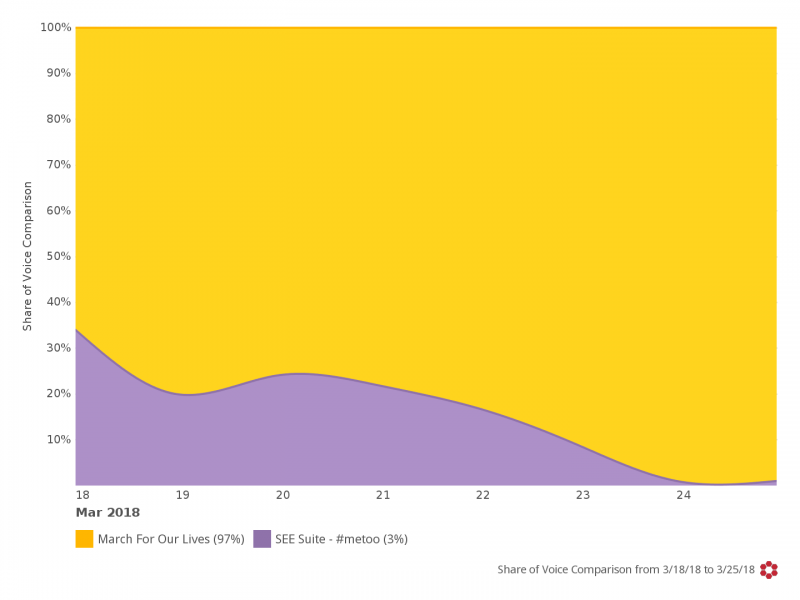