End it Movement is an organization dedicated to informing and raising money for their coalition partners to bring awareness, prevention, rescue, and restoration to people who are trapped in slavery. Social media is a major factor in gaining awareness to modern day slavery. In this blog post we are going to explore what drives engagement on End it Movement’s social media platforms.

Additionally, the theme of posts within End It Movement’s social media platforms are not limited to the aforementioned unique factors. The themes vary with content that is intended to motivate users to join the movement, educate the public about the modern-day slave trade and recognize the efforts of those that making a difference. The highest levels of average engagement came from the “Call to Action” and “Facts” categories. Posts that are considered call to action are the ones that provide concrete ways to get involved with the movement. Factual posts are the ones that inform the reader about modern day slavery. More content of this type will surely bring about more overall awareness of the movement. 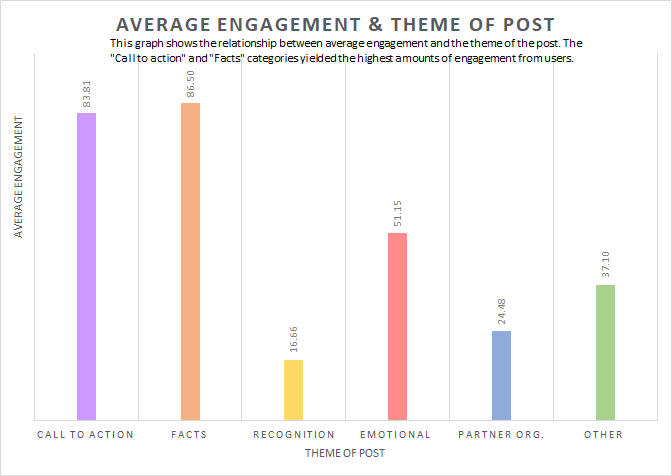 Slavery still exists right here in the U.S. Victims are often right in front of us – in cars, on buses.
But we can END IT. Our voices are LOUDER when raised together.

55% of forced labor victims are women and girls.
Let's continue to STAND together and HEAR our SHOUT for FREEDOM echo around the world.
Our voices are LOUDER when raised TOGETHER.
❌#enditmovement pic.twitter.com/zlkrT2dNGU