World Wildlife Fund is the leading non-profit organization in wildlife conservation and endangered species. For the past 50 years, WWF has worked in 100 countries and is supported by more than one million members within the United States and close to five million members globally. Twitter is just one platform WWF uses to raise awareness and gain support for their organization’s cause.

Increasing social media engagement levels is a goal for any organization. When looking at the World Wildlife Fund’s Twitter, for example, we measured engagement by the number of retweets and likes. In this analysis of WWF, we aim to better understand which elements elicit the highest levels of engagement. 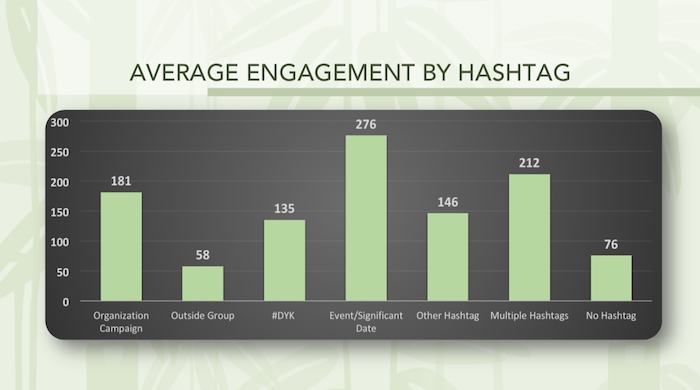 #EarthHour: If the whole world can come together for 1 night, there’s nothing we can’t do! RT if you agree. 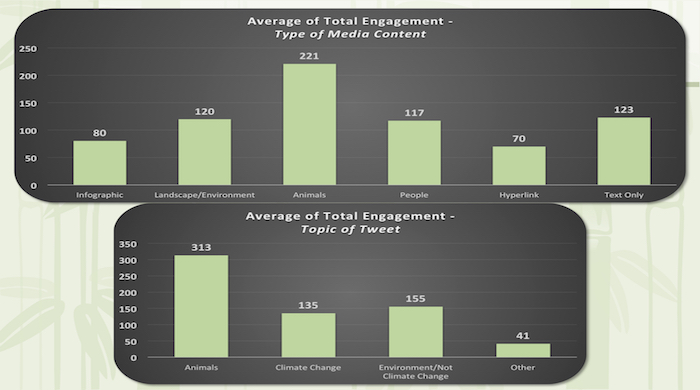 Excel pivot tables comparing type of media content used and topic of tweets to engagement levels. Tweets are sampled from July 1, 2017 to December 31, 2017.

Posting tweets that talk about animals and attach some sort of media also saw some of the highest levels of engagement. As seen in the example tweet about Global Tiger Day, which is about tigers and also features a picture of one, WWF saw over 2000 favorites and had over 1,600 people talking about the occasion. When trying to maximize engagement, this combination of elements has been very successful for WWF.

It’s #GlobalTigerDay. With only #3890tigers in the wild, we need urgent action to save them. Show your❤️for🐯s today: https://t.co/VaVPrYfOwQ pic.twitter.com/6PwLO40ZmX

In order to increase the overall average engagement per post for WWF’S Twitter, our team suggests WWF continues pushing content revolving around wildlife, as well as staying active and relevant on Twitter during significant dates and events where they can engage with more individuals through a globally popular hashtag.