This year, GoDaddy’s Super Bowl ad pays homage not to scantily clad women as the company has done in years past, but to its home, the Internet.
Having a reference to a meme or Internet phenomenon almost every second of the 30 second spot, this is what the bulk of the conversation on twitter has focused on. Articles by Ad age and Business Insider focusing on the idea of spotting the internet gags, like cats, sneezing pandas, and the ALS ice bucket challenge, were the most shared alongside another subject of women in tech stemming from GoDaddy’s shout out of the Anita Borg Institute, an organization focusing on women in technology. The Institute’s response was the most retweeted tweet of the GoDaddy conversation (only 10 RT’s) about their inclusion in the ad. 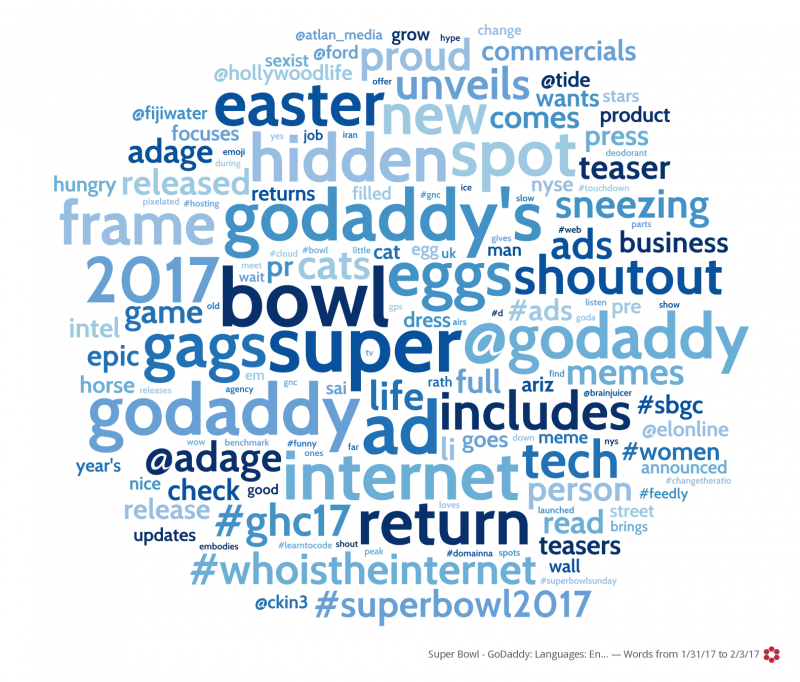 Super Bowl 2017: Would You Tune In to a Betty White Live-Stream?

Super Bowl 2017: Would You Tune In to a Betty White Live-Stream?