The release of the video sparked a strong conversation, with an aggregate volume of 874 posts on Wednesday alone. The conversation largely centers around Melissa McCarthy, as she is the top mentioned user with 223 direct mentions (@MelissaMcCarthy) and 1,665 posts that contain her name, from Wednesday, Feb. 1 to Thursday, Feb. 2.

Although the conversation spiked in engagement, the use of the advertisement hashtag #SmarterWay has been slow to gain traction in posts. From Wednesday to Thursday the hashtag was only used in 12 posts, less than one percent of the total. 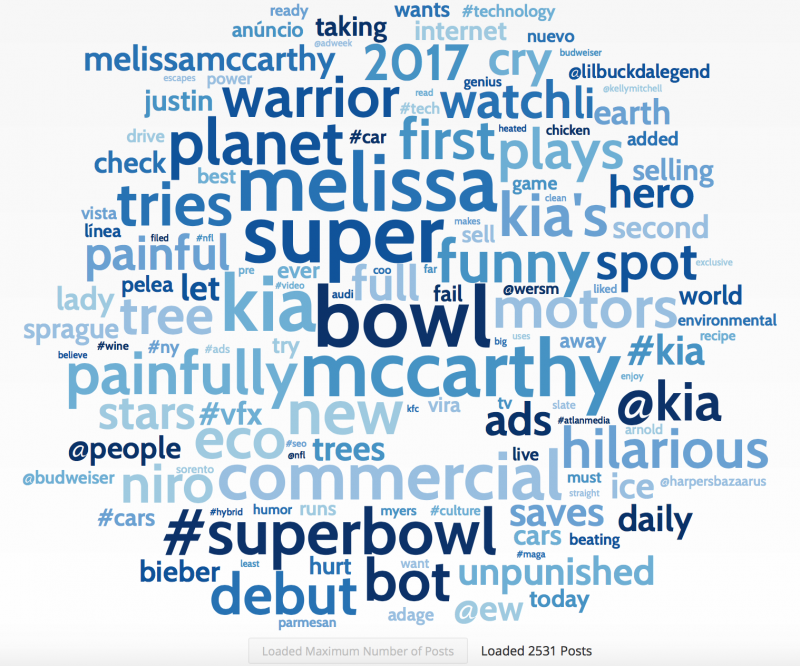 Super Bowl 2017: Skittles Cashes in on Love in More Ways Than One

Super Bowl 2017: Skittles Cashes in on Love in More Ways Than One