The Super Bowl 2017 Skittles commercial “Romance” puts a spin on traditional teen love with a teenage boy throwing skittles at a girl’s window instead of rocks. What he doesn’t know, is that the entire family is taking part in eating his signals of love. The commercial was released on Tuesday, Jan. 24 and failed to see strong engagement from users. The four days following the release resulted in 945 related posts including mentions, replies and retweets. The number may seem to represent a large conversation, however the strength of the conversation decreases with each day of the week.

To keep the romance alive, Skittles released a short video on Twitter of Former Seattle Seahawks player Marshawn Lynch visiting Houston, Scotland to spread his love of Skittles and the Super Bowl. The video was first posted on Jan. 30 and prompted much higher immediate engagement rates. 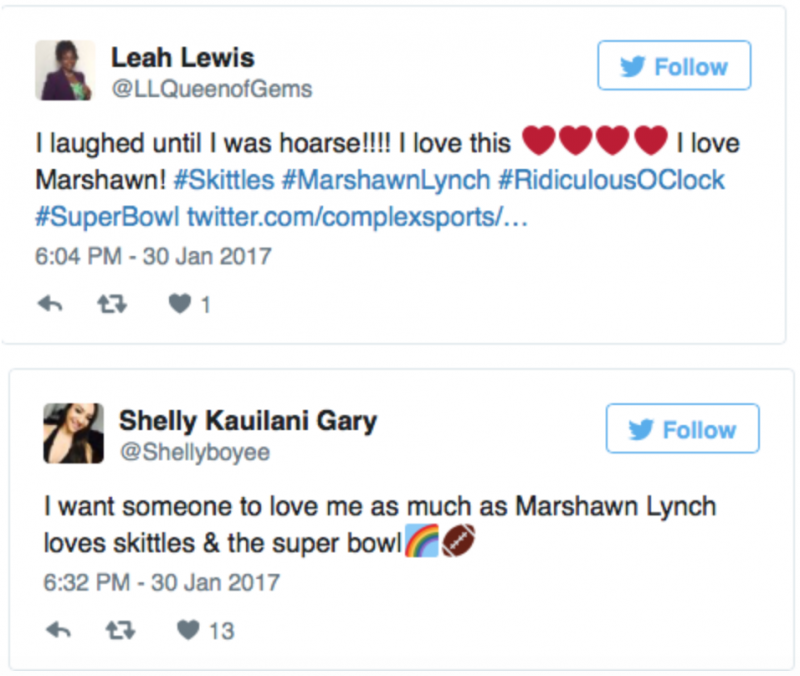 Not only does the release of the short clip result in high retweets of the official Skittles twitter account, but elicits engagement from users. Reactions include “I laughed until I was hoarse!!!!” from @LLQueenofGems and “I want someone to love me as much as Marshawn Lynch loves skittles & the super bowl” from @Shellyboyee. 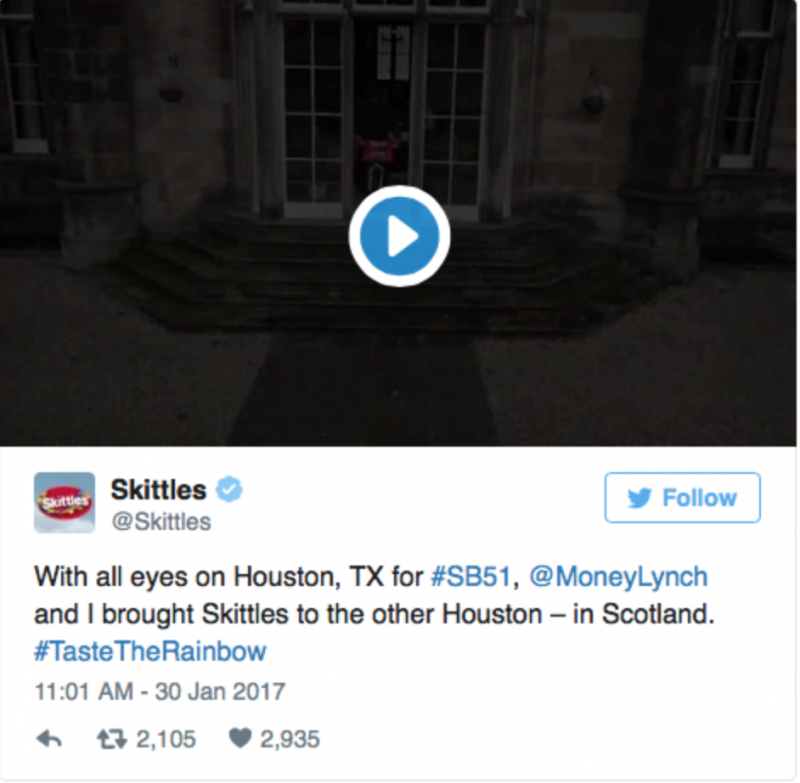 The Marshawn Lynch video was released on Skittles twitter account on Monday, Jan. 30, and by the end of the day the aggregate volume of posts had reached 1,605. Love seems to be in the air this super bowl season and Skittles is taking full advantage.

Busch Dips its Marketing Toes in the Super Bowl

Busch Dips its Marketing Toes in the Super Bowl