With GoDaddy’s pandering to the internet faithful with its ad full of RickRollin’ and a plethora of other memes, the web hosting site hoped to keep the internet’s attention on themselves. They, however, outshined by Mr. Clean’s response to their ad that gained over 300 RT’s and even pushed #godaddy out of the top hashtags of the conversation. 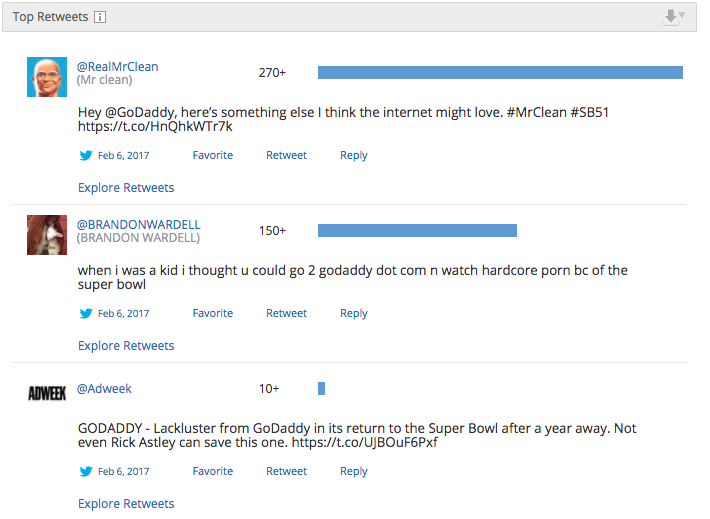 GoDaddy’s departure from their normal ad formula of scantily clad women and Danika Patrick was noticed as evident by the conversation. One of the most popular RT’s even mentioned that they thought GoDaddy was a hardcore pornography site from their previous Super Bowl ads.