This Internet based and meme filled commercial received high amounts of love and positive praise from twitter users. The commercial was full of both old and new viral memes and technology that brought out a sense of nostalgia in viewers. From the old and popular ‘You’ve got mail’ tone from AOL to the nods to the sneezing panda video, this commercial had viewers tweeting about their favorite viral sensations.

Users were stating how they had been #rickrolled and overall, this ad was extremely successful and received an extremely high amount of positive feedback. Though they didn’t necessarily receive a high volume of total posts, less than 12% of their feedback was negative. GoDaddy made a smart and successful move by turning away from their previously provocative commercials. 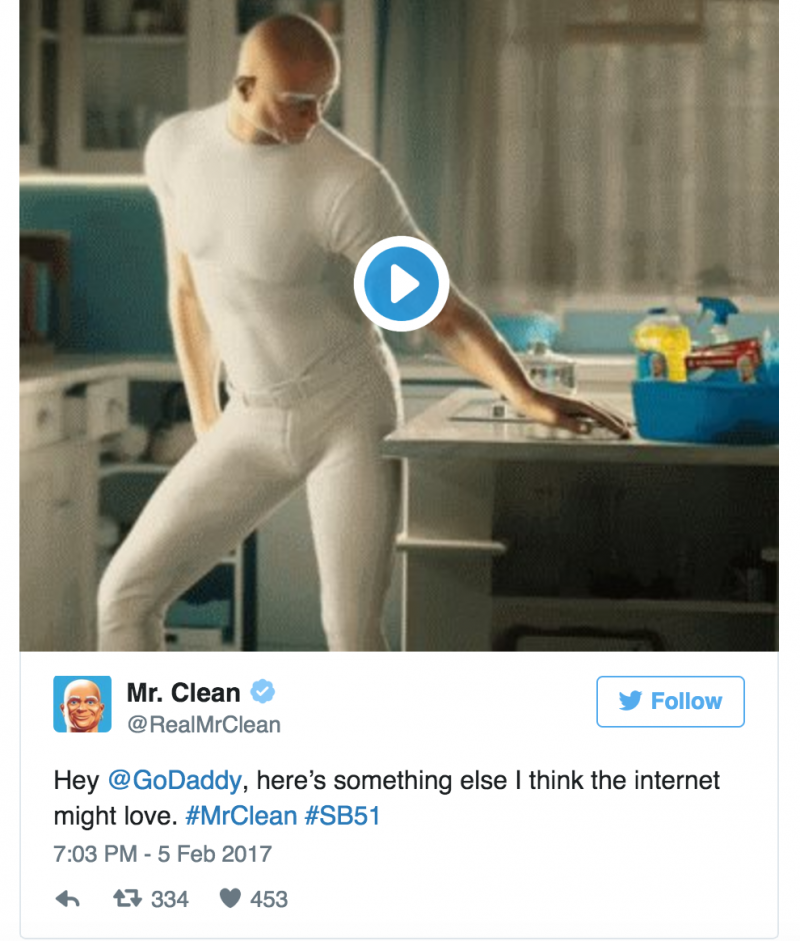 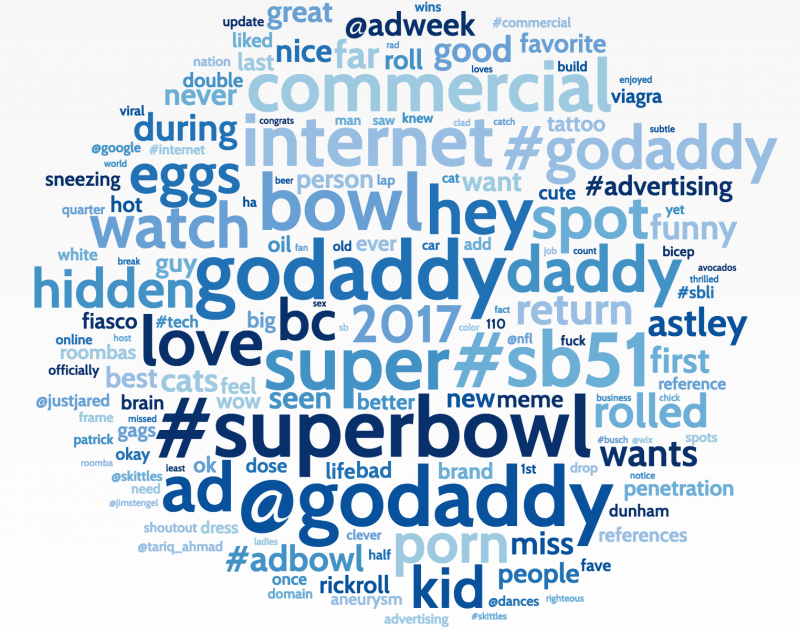