Over half of the conversation surrounding the @AvocadosFromMexico brand on Super Bowl night was in reference to their hashtags #AvoSecrets and #AvoSweepstakes. The brand did a great job of staying engaged with users in the Twittersphere; they were also able to maintain the lighthearted nature of their campaign by interacting through content-driven tweets with other brands that showed advertisements during the Super Bowl, including Skittles, Bai, and Intel. Directing your attention to the Topic Wave below, you will see that conversation started building relatively early, and even after the airing of their ad, @AvocadosFromMexico still remained a major topic of conversation through February 6th. 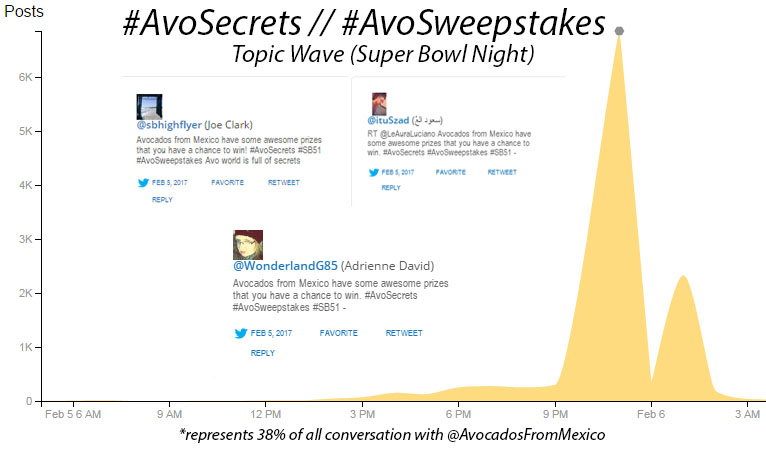 It is interesting to note that despite @AvocadosFromMexico wantingkeep their Super Bowl LI ad light-hearted and far away from the politicized nature of other Super Bowl LI ads, Twitter users made the conversation political by making @realDonaldTrump the second most mentioned handle (with 290+ mentions)  after @AvocadosFromMexico (1,800+ mentions). This was in reaction to President Trump’s proposed 20% import tax on Mexican goods (including avocados). 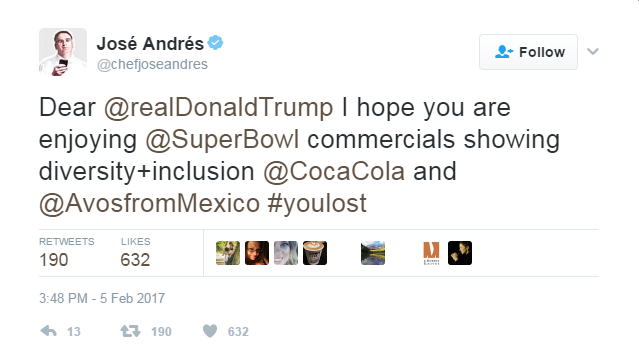 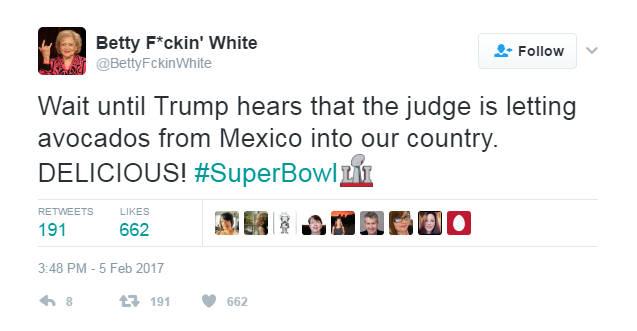 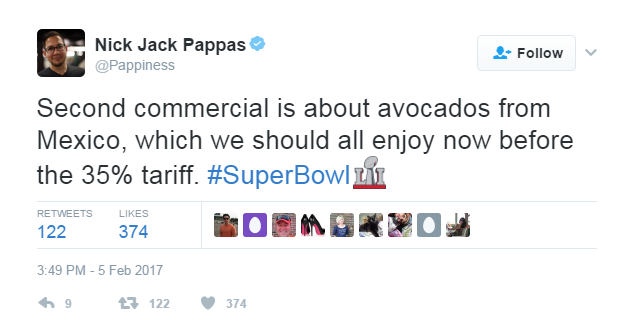 It can be concluded, from the conversation on Twitter on the night of Super Bowl LI, that @AvocadosFromMexico was not negatively affected by their choice to produce a humorous commercial spot. We will see what conversation around the brand will look like in the days following to see if they maintain the high levels of engagement that they are currently experiencing.