When examining emotions expressed in tweets, the majority were neutral (62%). But within the remaining tweets, as expected, the vast majority were joyful (89%).

Celebrations on Twitter started early, with over 200,000 posts from January 21st through the 25th. Bangtan Boys (#BTS), the South Korean boys band, was the most used hashtag in this pre-holiday conversation. Other key hashtags that showed frequent use were #Overwatch (a team-based multiplayer video game that was running a promotional give-a-away during the holiday), #GFriend (another South Korean band – this time a girl group that was featured on an MBC special), and #WinItWednesday (a hashtag used by @SpongeCakesLTD to increase brand engagement by offering a 7” sponge cake on January 25th).

The activity increased, as expected, during the days of the holiday (26th – 28th) with over 900,000+ tweets. Leading hashtags included #MissUniverse, as many users used this opportunity to wish “good luck” to contestants in the pageant. #BTS was popular again, as well as another and South Korean pop Group, #GOT7. Another popular hashtag – #ALDUBIncomparable- was associated with the Filipino power couple that appears in the variety show Eat Bulaga! Which airs on the GMA Network .

As celebrations continue after New Year’s day, the conversation dwindled down, but still shows some 400,000+ tweets occurring until February 5th; prevalent hashtags for this time frame include #Chinatown, #lantern, and the boys bands #BTS and #GOT7. 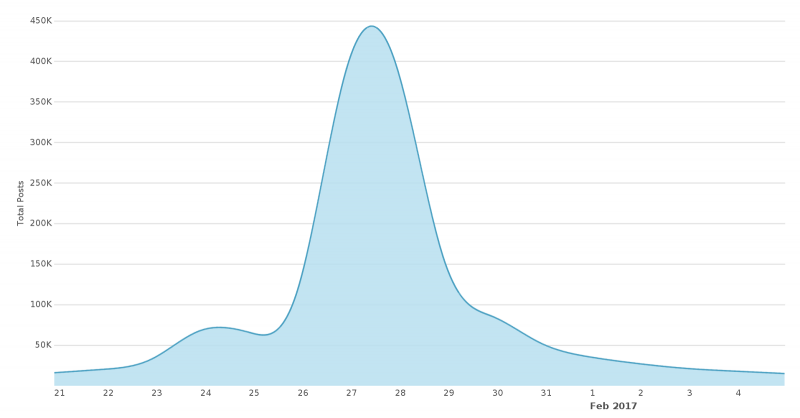 By by Dalton Long and Savannah Reece.