The month of March is National Women’s History Month; Throughout this month, women across the nation have revealed battles for equality as well as celebrating feminist icons with the hashtag #WomensHistoryMonth.

One noteworthy finding from twitter showed that activity was highest, as expected, at the beginning of the month when the Women’s History Month began with 172,662 tweets being sent out on March 1, 2017 alone. The volume of posts has decreased by 67%, as seen in the graph below. 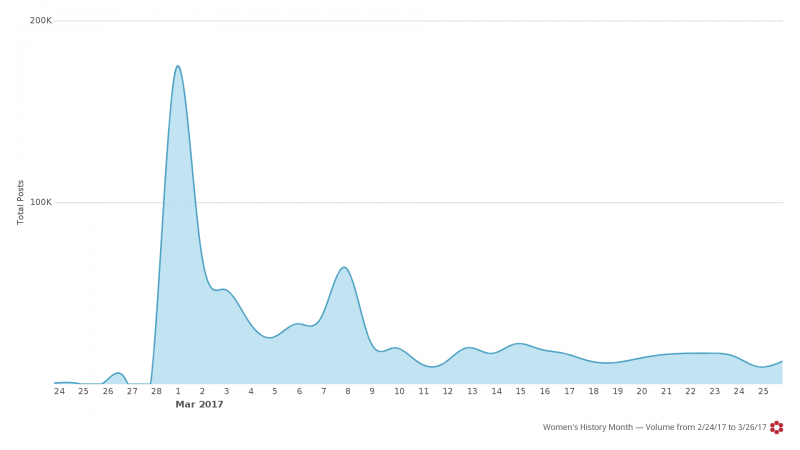 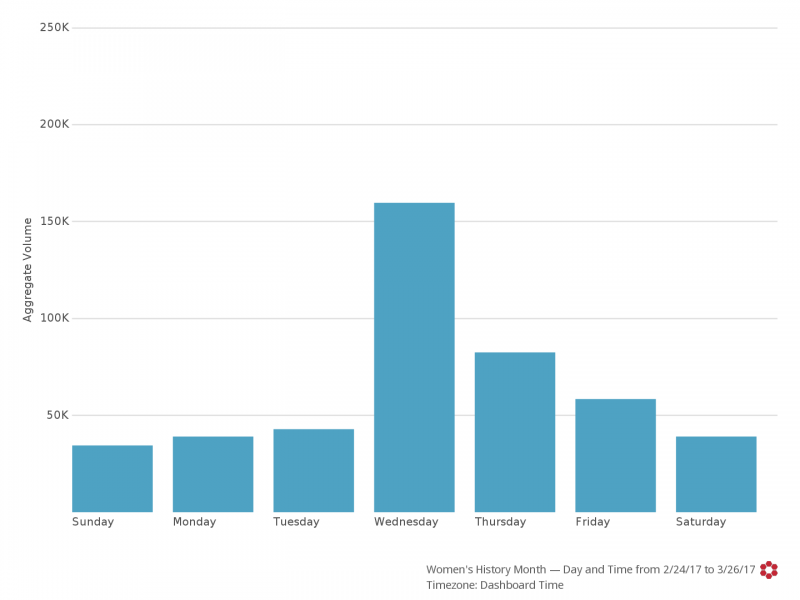