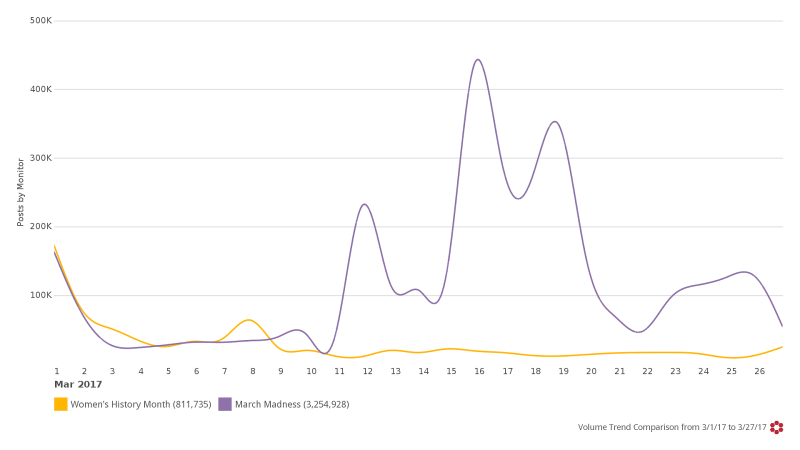 Figure 1 This chart shows a cross-analysis of the volume trends of posts from a Women’s History Month and a March Madness buzz monitor, exported from Crimson Hexagon on March 28, 2017.

Although WHM seems to be currently missing from Twitter’s radar of discussion, it has not always been. In fact, the first day of the month saw a peak in the number of posts, 172,665 to be exact, announcing the beginning and praising the celebration of women’s history during the month of March. These 172,665 posts account for nearly 26% of all posts about WHM during the entire month of March. Day two did not even see half as many posts, and day three saw even less. The volume trend chart in Figure 2 below shows the fall off visually. 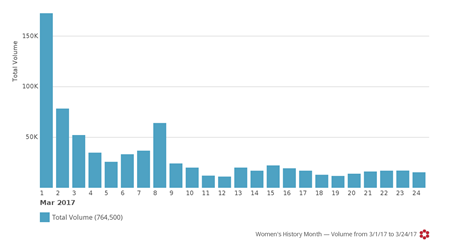 Figure 2 A bar graph showing the trend of total post volume on social media about Women’s History Month each day for the month of March, exported from a Crimson Hexagon buzz monitor on March 27, 2017.

The spike on March 8th, International Women’s Day, is also worth noting. Women’s History Month got a little more attention, but still only about one-third of the attention received on March 1st. Even an international holiday for women didn’t revive the conversation about WHM, as the day after achieved the lowest amount of posts the month had seen to that date (March 9th).

Analysis of post sentiment data provides clues to why the volume of tweets dropped so acutely. The sharp drop in overall buzz of WHM mirrors the rise of neutrality towards the subject as the month progresses. The idea of WHM excited users at first, but the topic is rather unengaging and does not provide real-time or newsworthy updates. While a select group of users may be more passionate about WHM, the whole of Twitter seemed to have lost interest quickly. A loss of passion and overall engagement created a slight but significant decrease in “basic positive” sentiment, as seen in Figure 3 below. In the first four days of March, tweets that expressed positive sentiment accounted for an average of 35% of the total tweets for those days. The second four days of March had positive sentiment account for 10% less of tweets, at 23.5% for the four-day period. The proportion of positive sentiment remains around 20% throughout the month, with small peaks, none of which reach that of the first few days. It can be assessed from this data that the decrease in positive sentiment, along with increased neutrality, occurred in unison with the drastic drop in post volume. It is worth noting that “basic negative” sentiment has remained comparatively consistent through the month. 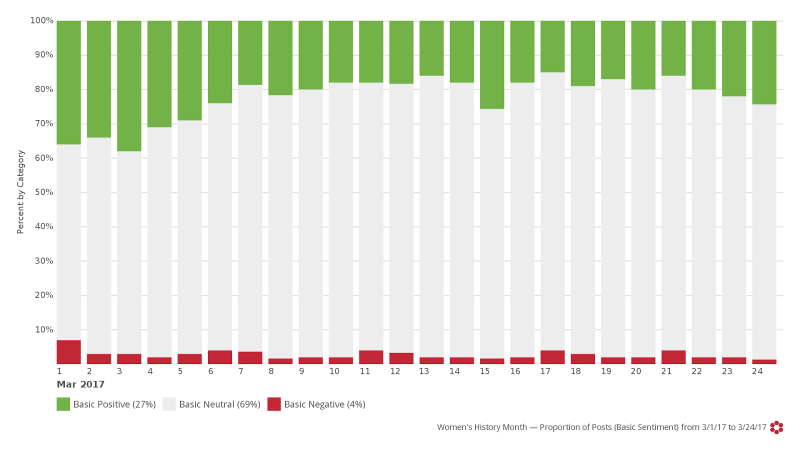 Figure 3 A bar graph displaying the proportion of positive, neutral, and negative sentiment among posts in the WHM conversation during the month of March.

There are likely a multitude of factors contributing to the drastic drop in conversation about Women’s History Month. Perhaps it was quickly forgotten, or maybe March Madness swooped in and stole user’s attention. It is a much more ongoing discussion that inspires posts with the progression of the bracket. Women’s history, unfortunately, is not being constantly broadcasted on TV or covered by major news outlets like college basketball is. Figure 1 at the top shows the difference in volume trends and spikes between Women’s History Month and March Madness topic conversations. When comparing the two, the volume of March Madness postings makes the WHM conversation seem minute. Overall, the events that occur in the month of March create an array of competition when it comes to social media conversation, taking attention away from Women’s History Month by directing it to other topics.