The thrill of your bracket doing well or the utter defeat you feel when you’re knocked out of the bracket pool all too soon; this is March Madness. Nail biting games and complete shutouts enthrall sports obsessed individuals for weeks on end, and of course the social media buzz generated by fans is overwhelming; but can other sports leagues and teams affect engagement on social media about March Madness basketball? We examined the March Madness buzz monitor from March 1, 2017 to April 1, 2017, which has seen 3,394,027 posts. Throughout these various posts, there was a cluster of high activity from March 16 – March 19. During these specific days, a total of 1,341,218 posts were created, which amounts to over one-third of the total posts in the month of March. Why were there so many posts during these four days? 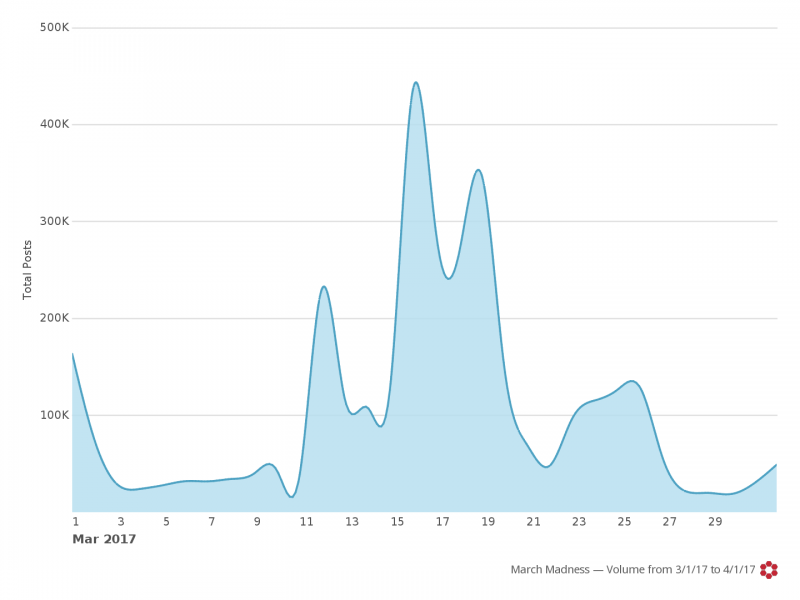 Figure 2 This chart shows the volume of posts in the month of March from a March Madness Buzz Monitor, exported from Crimson Hexagon on April 2, 2017.

The reason for the spike on these four days (March 16 – March 19) was because multiple games were played on these days giving users something to talk about. On normal March days, there were around one or two March Madness games played. On the popular four days, there were an average of 9.5 games played on each of the days. We discovered that the more games played, the more posts were put out. See the embedded tweet, example 1, for an example of posts.

Example 1 This is an example tweet from March 16, where fans posted about various games, embedded from Twitter on April 2, 2017.

However, we noticed something more interesting about the spike, which was that there were other sports league and sports teams posting about March Madness. Posts from these accounts generated a significant amount of engagement for March Madness. On March 16, the Atlanta Falcons tweeted about March Madness. The Atlanta Falcon’s twitter is an influential author with a Klout score of 99. This twitter account has 1,484,241 followers. See the embedded tweet, example 2, below. This tweet got 169 retweets, 817 likes and 30 replies, making for incredibly high social engagement for March Madness. The Atlanta Falcon’s twitter included the popular hashtag #MarchMadness which allowed it to get extra support. This hashtag was included in a total of 146,749 posts, according to the March Madness Buzz Monitor on Crimson Hexagon.

That time of year. 🏀

Who you got? #MarchMadness pic.twitter.com/Z43mH2Noyc

Example 2 This is an example tweet from March 16 from the Atlanta Falcons, embedded from Twitter on April 2, 2017.

Another popular user was MLB, an influential user with a Klout score of 99 and 6,983,240 followers. The MLB twitter account posted on March 18, 2017 which was a day within the four day spike. Another popular account that shared March Madness buzz was NFL. The NFL twitter account shared on March 25, 2017 a post about NFL players who were tweeting March Madness related content. Both the MLB and NFL twitter accounts used the #MarchMadness hashtag, which further pushed engagement centered around the basketball games.

Filtering the tweets by these three authors, @AtlantaFalcons, @MLB and @NFL, we uncovered that there was a total of 310 posts from these authors during the March 1, 2017 – April 1, 2017 time frame. Through these 310 tweets, there was the possibility 151 million potential impressions. The potential impressions are highlighted in figure 3 below.

Figure 3 This is a chart showing the total potential impressions based on the filter of popular authors, @Atlantafalcons, @MLB and @NFL, exported from Crimson Hexagon on April 3, 2017.

Engaging with popular authors from other sports teams and leagues allowed March Madness the opportunity to generate considerably more activity. Twitter follower and fans who follow March Madness have a likelihood that they are fans of other sports, like baseball and football. The interaction between sports teams, leagues, and users allowed for the engagement surrounding March Madness. In the future maybe we can expect to see more interconnectivity within different sports supporting one another.