At the beginning of March, Women’s History Month started strong with hundreds of thousands of tweets about notable women and their accomplishments throughout history. However, post volume after the first week seemed to nearly flatline in comparison with what it had been. What happened? 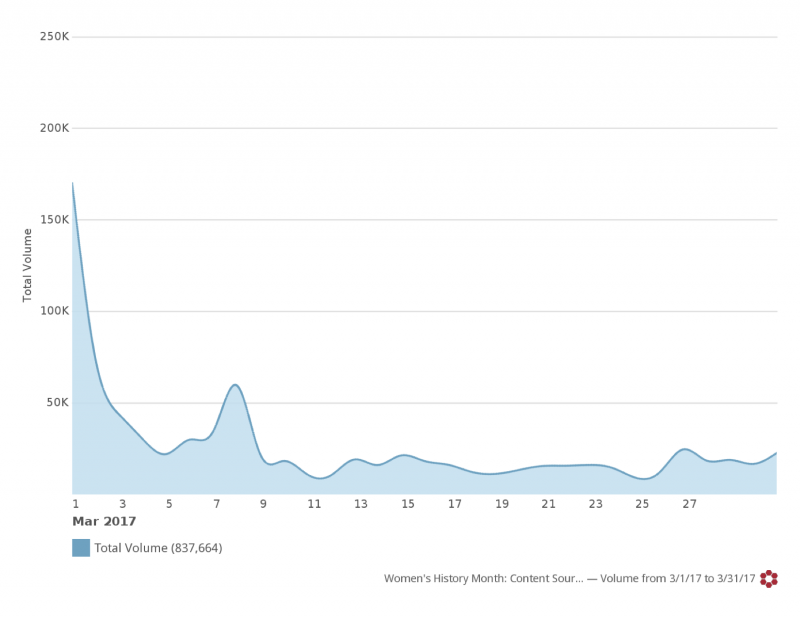 The drop-off in content is notable (see figure 1), as is the fact that the majority of users were 35 years and older (see figure 2). Women’s History Month received very little attention from younger Twitter users, who could have kept the momentum going throughout the month. Posts about Women’s History Month that did receive engagement incorporated other topics such as Black History Month, LGBT issues and sexual harassment. 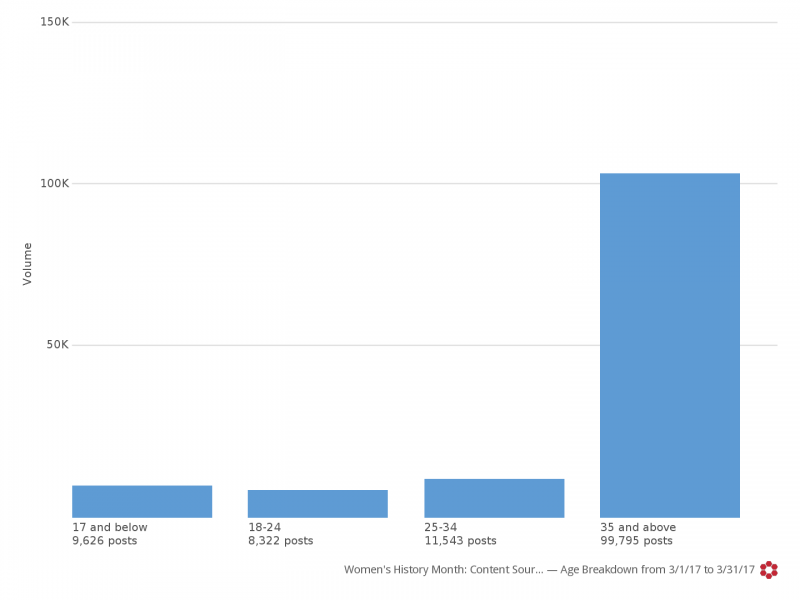 Figure 2 shows an overwhelming majority of users age 35 and older.

The embedded tweet below reached over 10,000 shares, most likely because it highlights an issue women’s activists are interested in sharing now–sexual harassment. Women’s History month may have received so little attention, especially in younger Twitter users, because up and coming feminists do not find it compelling without the context of another topic.

The age group and the downtrend in content demonstrates that Women’s History Month is not capturing a current audience and creating a sustained conversation. Activity was quickly diluted, getting lost as women asserted their voices through other topics. While the topics directly associated with Women’s History Month don’t show a change with the decrease in volume (see figures 3 and 4), the embedded tweet provides a hint as to where the activity may have gone as the initial buzz of Women’s History Month wore off. 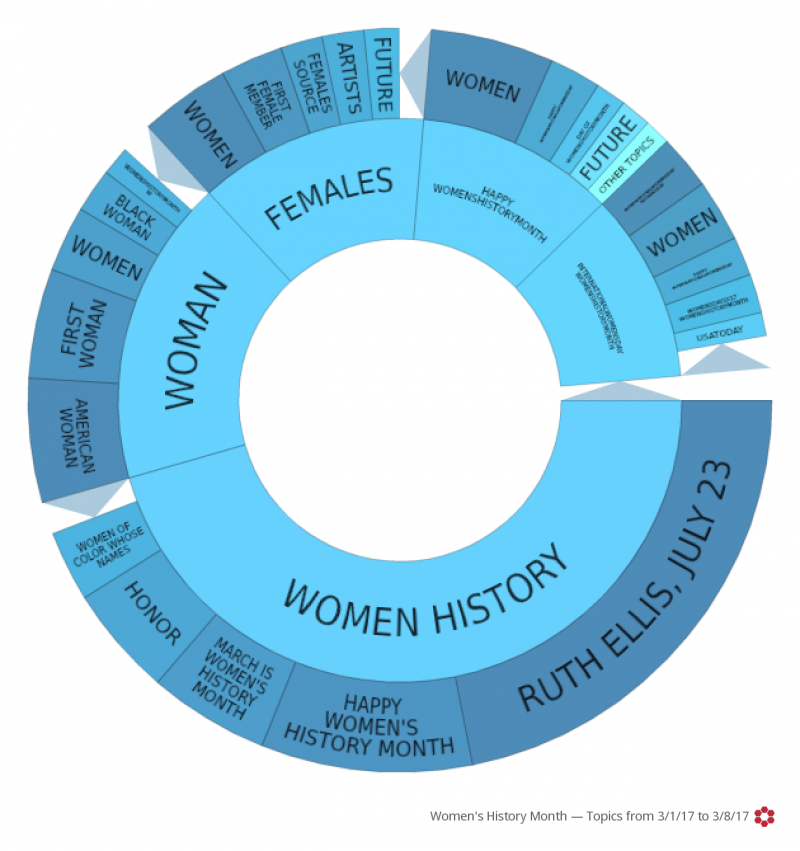 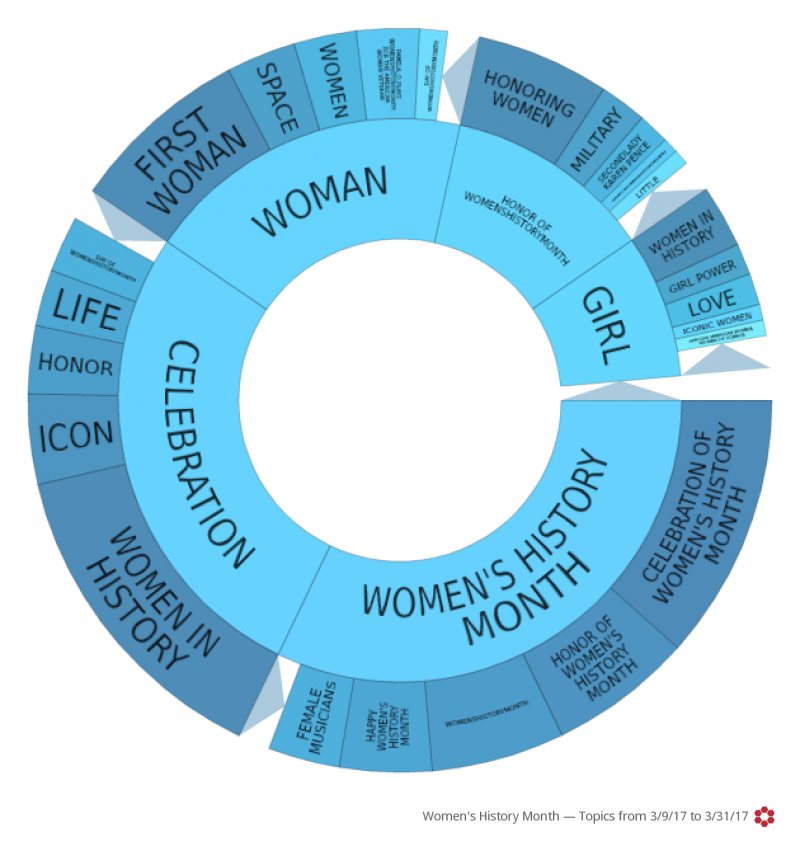 The topic wheels in figures 3 and 4 show that the conversations directly tied to Women’s History Month are similar before and after March 8th; the dramatic change is in the volume of posts about these topics.