Homelessness is a controversial, but increasingly relevant topic in current media. One of the more effective methods of sharing stories of poverty and homelessness is through photographs and videos. Looking at a sample size of 670 tweets over the course of six months, data showed that tweets with photos or videos received almost 84% more engagement (Retweets) than tweets without. 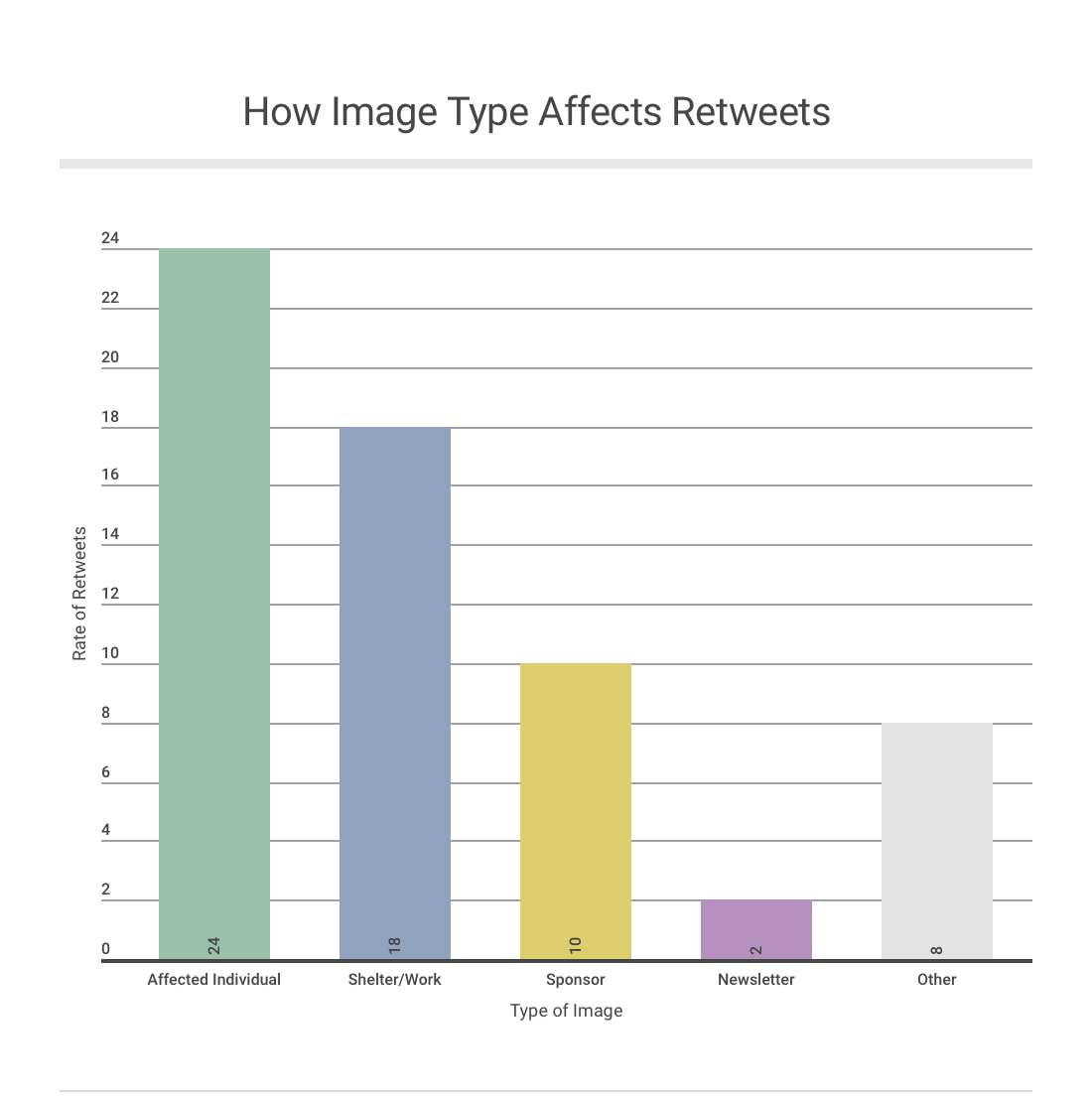 Tweets with photo and video content related to affected individuals received around 22 retweets on average, while tweets with images of newsletters only received 2 retweets.

Including a photo is only the first step to increasing engagement. The type of photo and content of the tweet also greatly affects engagement. Data showed that the most successful photos were those that included either individuals affected by poverty and homelessness or those that included the shelter and the people working there. This information can be used with data on what types of tweets receive the most engagements. 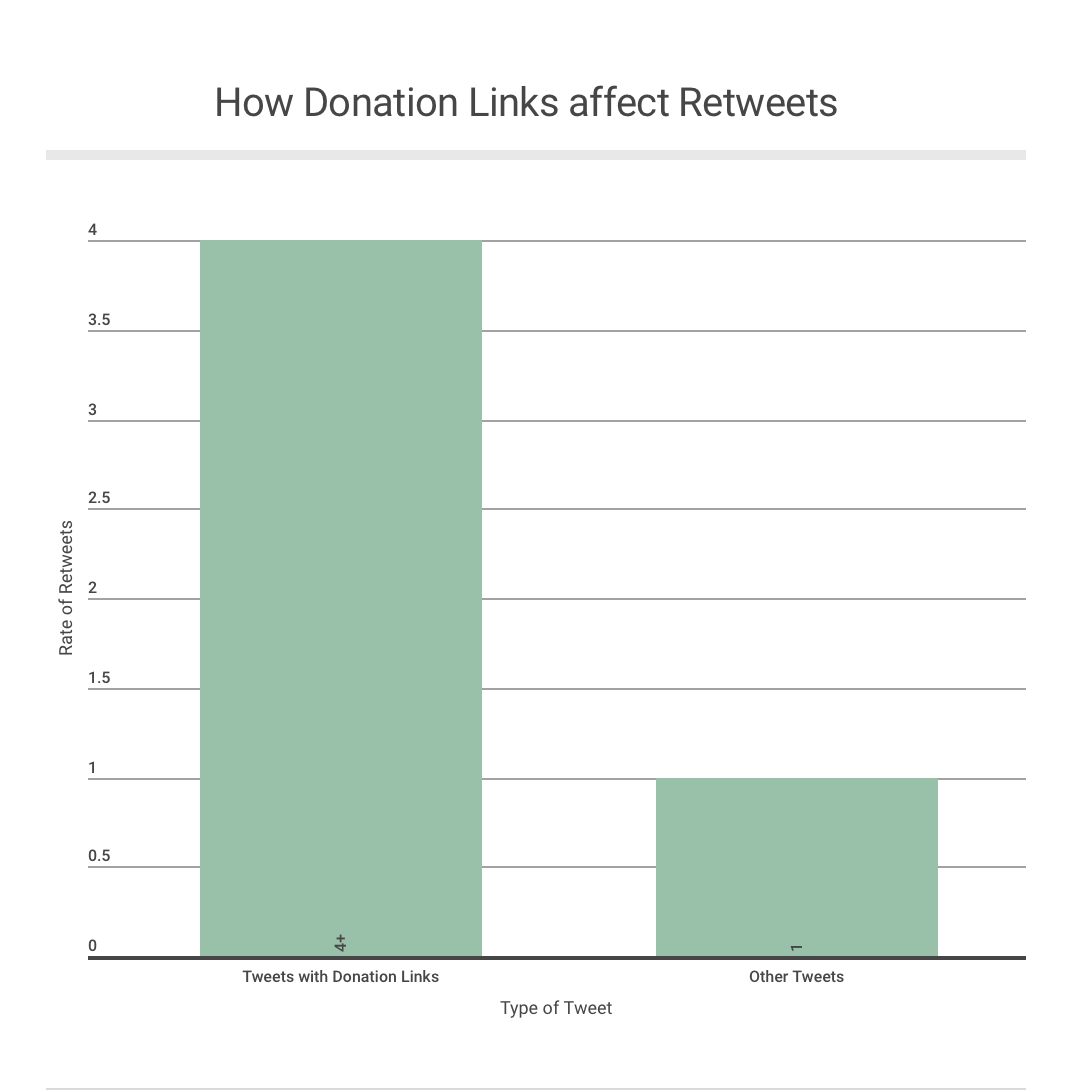 Research found that tweets with donation links were receiving more than four times the retweets of other tweet types.

A combination of these two elements could prove a useful method in increasing engagement in the future. Covenant House could benefit most from using images of affected individuals alongside donation links. This type of tweet has the potential to maximize engagements based on this research.