Sentiment, as measured here as number of tweets that fall within the tone “good, neutral, or bad” indicates that the occurrence of the natural disaster Hurricane Harvey which impacted the lives of many individuals. It unfortunately misplaced many civilians, ridding them from food, clean water, and shelter. National Geographic engaged in the discussion about this event through the use of their Twitter account. By analyzing National Geographic’s conversation behind this tragic event at two varying locations, from Aug 17, 2017 – Sep 3, 2017, it provided intriguing insights that could possibly lead to beneficial implications for National Geographic. Here’s an example of a tweet sent by National Geographic during the rise of the storm.

Hurricane Harvey could become the most serious storm to make landfall in the U.S. since Hurricane Wilma in 2005 https://t.co/ZavjAqHZzf

Before breaking down this info it is essential to know that Houston was significantly affected by Hurricane Harvey. On the other hand, Dallas experienced must less of the aftermath of this storm, thus contributing to the decision to compare the tweet sentiment of these two cities. 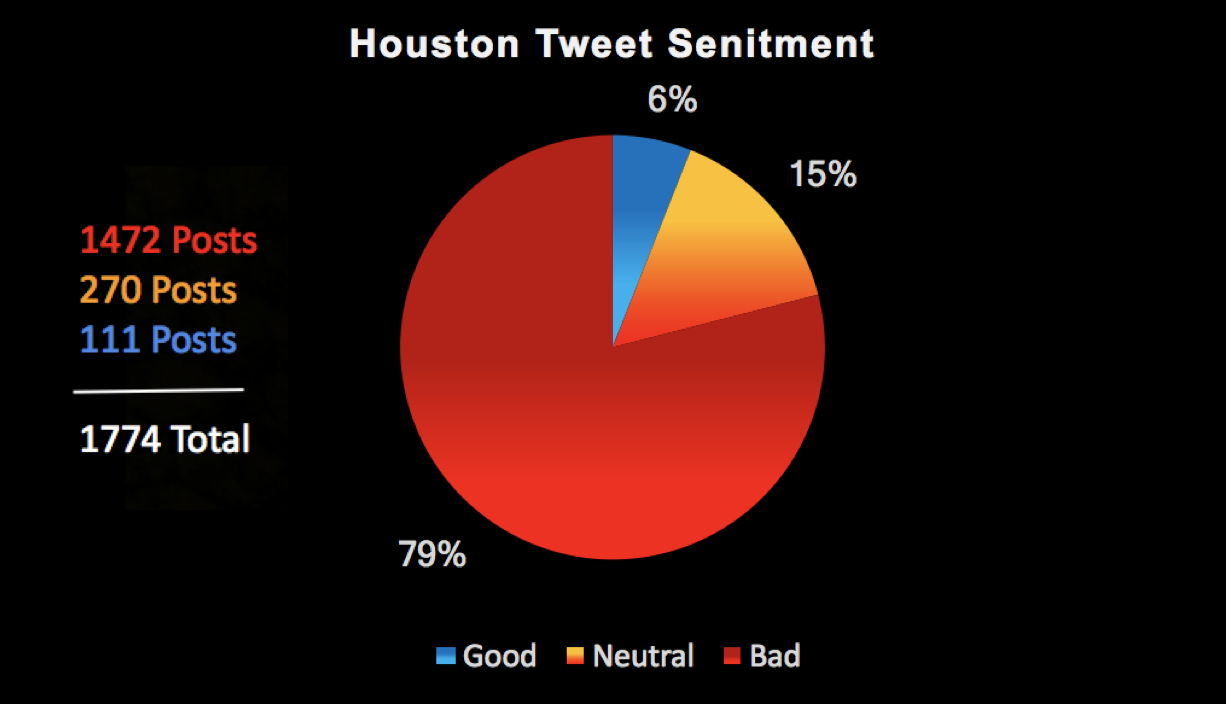 The above graph displays tweet sentiment from Twitter users in Houston in reaction to National Geographic’s tweets in response to Hurricane Harvey. Certain keywords were used to determine the sentiment of the tweet in which were categorized as good, bad, or neutral.

After evaluating the data from both we were able to conclude Houston had 79% negative sentiment at the time, and Dallas 9%. Monitoring negative sentiment is essential for isolating and interpreting data in order to better manage the organization’s content to better control their social media reputation. 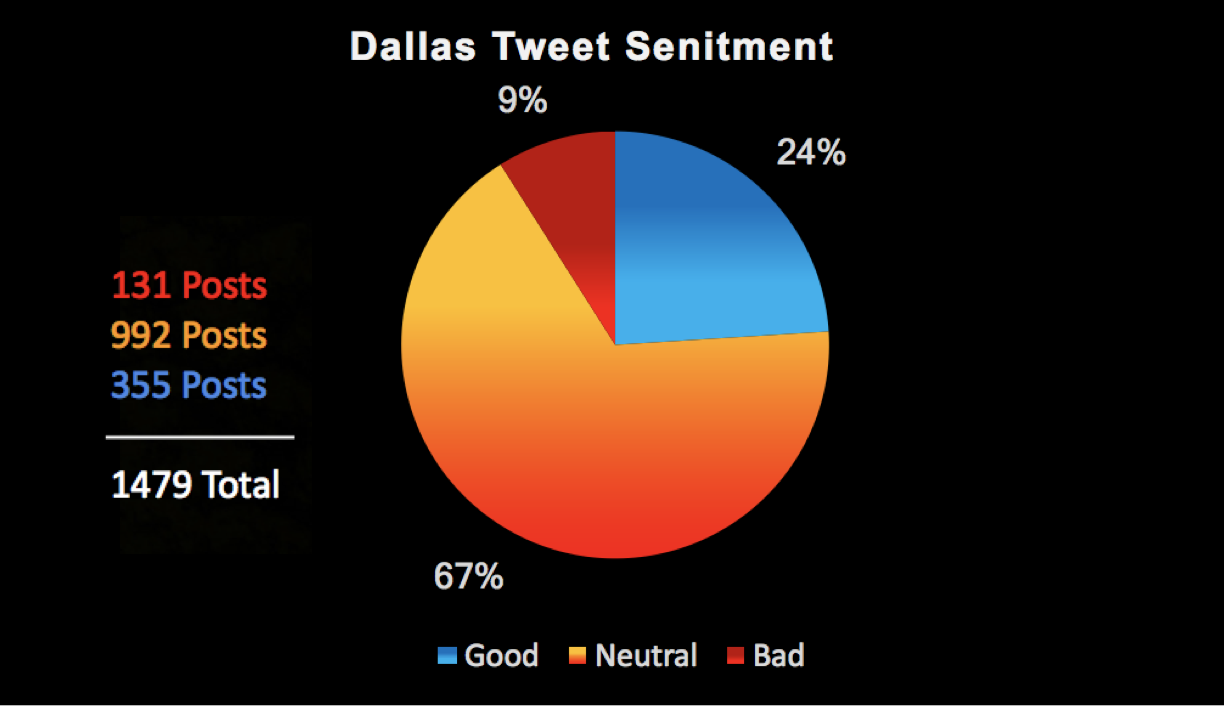 The above graph displays tweet sentiment from Twitter users in Dallas, Texas an area that was not severely affected by the hurricane. The tweets were replies to National Geographic’s tweets covering the natural disaster.Keywords were used to determine the sentiment of the tweet in which were categorized as good, bad, or neutral.

In this case, using sentiment analysis is a huge component of improving the organization’s image and connection with their target public. As an organization that deals with various social issues, being sensitive to the tone of the users is necessary for an organization such as National Geographic. Looking at the mass of these sentiments is also pertinent. For example, if National Geographic writes a post about an Earthquake harming hundreds, but chooses not to cover a story about a dangerous storm on the other side of the country that has put thousands in danger – negative feedback could result.

Looking forward to next week…

Looking forward to next week…