Amazon’s Alexa may have lost her voice, but she was this year’s clear winner in the Tech Industry’s Ad Bowl LII. This playful spot by Lucky Generals dominated the industry’s conversation on both Twitter and the living room couch– and all for the bargain price of over $15 million.

Without a voice (flu season, anyone?), Alexa’s support team enlisted the help of pop culture icons. And thanks to Cardi B, Gordon Ramsay, Rebel Wilson, Anthony Hopkins and a comedic pause costing $1 million dollars, Alexa was able to capture 62% of her market’s conversation on Twitter (total posts = 26,651), perhaps lending her an even bigger brand voice than she had before. 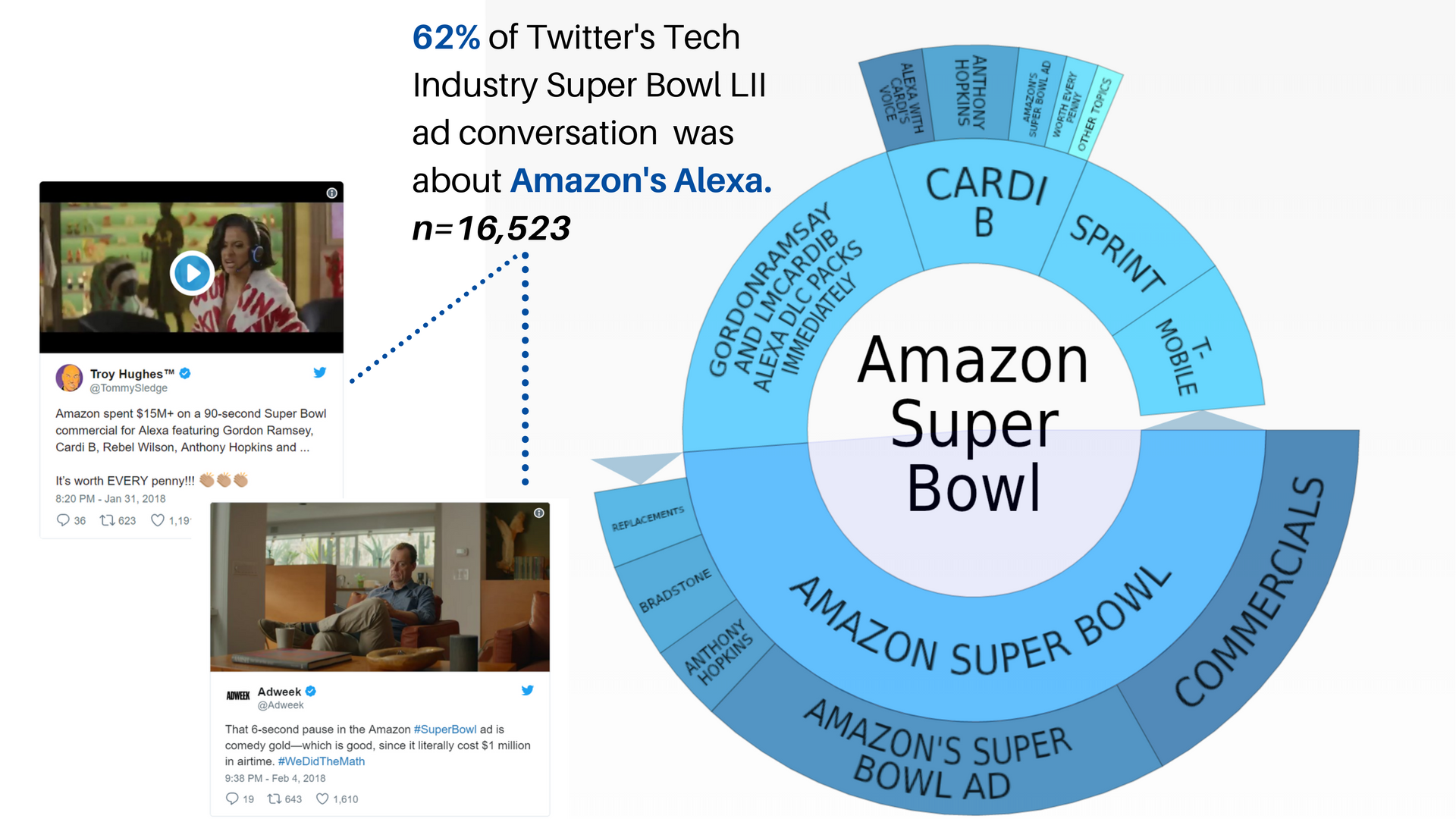 This completely outshone other indirect industry competitors such as T-Mobile and Sprint, whose efforts only netted 12% of the Tech Industry’s Twitter conversation combined. Clearly, accessible humor may speak louder than politics and robotics when it comes to the tech market.