It is no surprise to see a large spike in tweets on March 9th, just a day after International Women’s Day. What might be surprising, however, is where the tweets were coming from. South Korea and Thailand have represented around 5% of #MeToo tweets since the beginning of the movement, but on March 8 and 9 the two countries accounted for over 40% of the #MeToo tweets sent.

For both countries, the huge number of tweets sent after International Women’s Day was completely unprecedented, but why now? The answer might be in the history of #MeToo in Korea. Gender inequality has been a cultural issue for South Korea, but on March 8, Korean lawmakers announced new measures to fight sexual assault including extended prison sentences for violators. 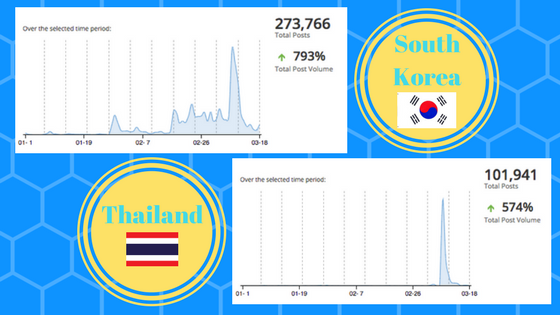 This legislation came as a result of a recent scandal involving Korean politician Ahn-Hee Jung after his secretary accused him of rape and he resigned from his position as governor. Since the beginning of the year, many Korean women have begun to step up and join the movement causing many men to fall from their positions of power. Much of the conversation in early March also surrounded actor Jo Min-ki, who was found dead by suicide on March 9, after eight different women accused him of sexual assault. 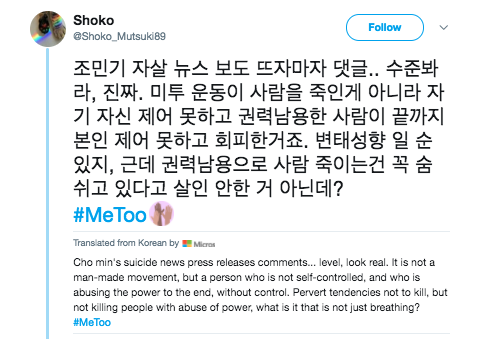 While the United States might be witnessing a slow decline in #MeToo use (a 62% volume decrease since January 1), other countries have claimed and transformed the hashtag later in the game. For South Koreans and those watching their culture closely, the hashtag now is a symbolic victory cry for the real change they are seeing.

Oscars Weekend and the #MeToo Movement

Oscars Weekend and the #MeToo Movement