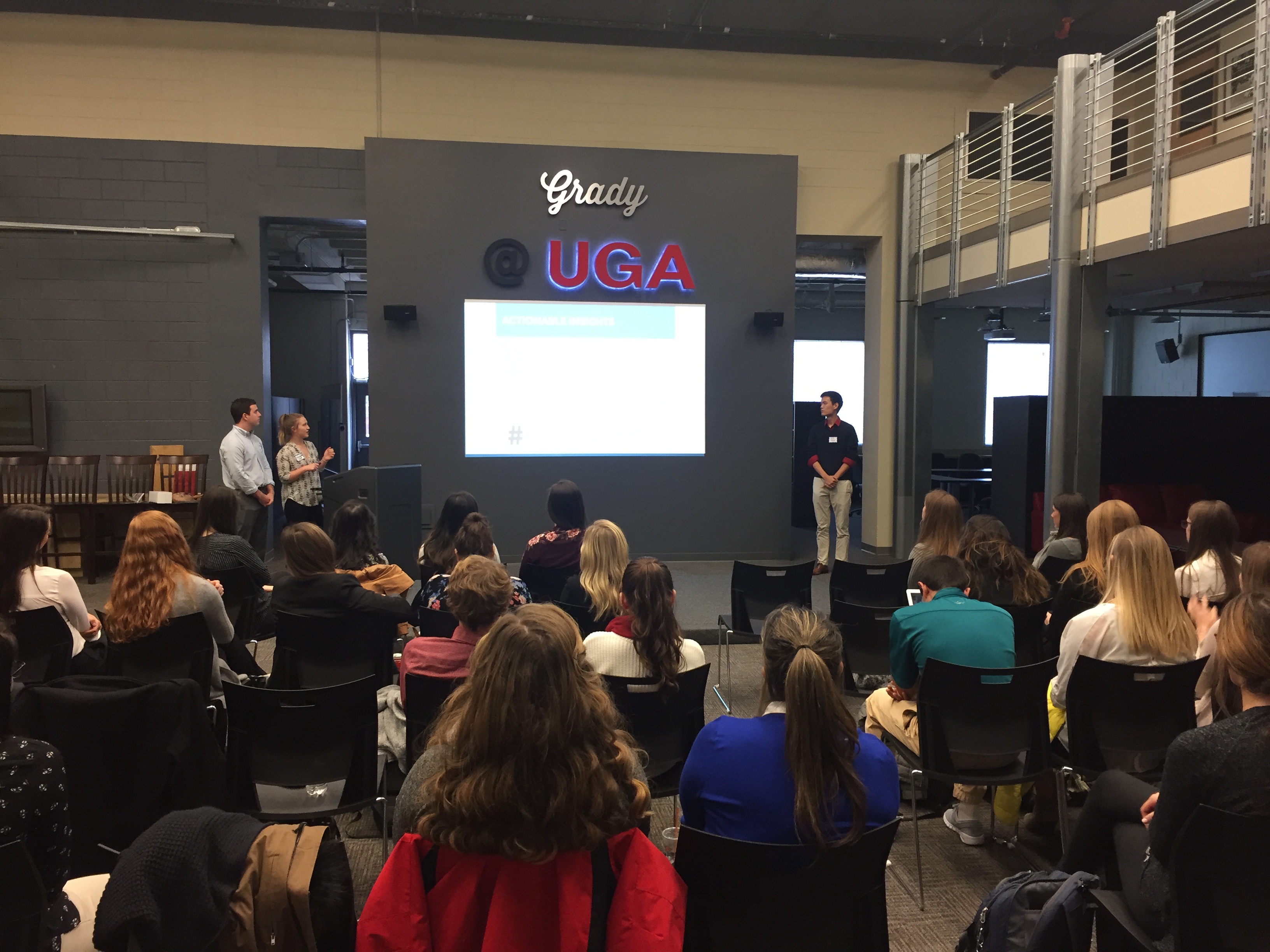 Through effective research using the social media analysis program Crimson Hexagon, we were able to glean insights and develop recommendations for the American Cancer Society’s Twitter account (@americancancer). One of our main goals was to determine which type of tweet, or “topic,” produced the most engagement on average for the ACS on Twitter, which we measured through retweets and replies. Additionally, we wanted to examine attaching links and/or media to tweets to see if these attachments produced more retweets and replies. We looked at tweets over the duration of one year, from January 1, 2017 through January 1, 2018. We analyzed 382 posts total and used “sentiment,” “topic,” “hashtags,” “links,” “media,” and “mentions” as our coding categories. We found through our research and insights that overall, calls to action, videos, and links to the ACS website make an ACS tweet most effective.

When we looked closely at the ‘topics’ category, we found that “call to action” type tweets created the most engagement. This is due to people’s inclination to act on something they are told to do. Conversely, “thank you” tweets created fairly low engagement, because they were mainly replies to specific users, and generally no one else is going to reply to one of these tweets or retweet it.

Support @AmericanCancer when you shop this holiday season. @AmazonSmile gives 0.5% of your purchase. Shop Now: https://t.co/1BQlJRcjCf

Similarly, when we looked at attaching links to tweets, we found that if the link included in a tweet took users to the ACS website (https://www.cancer.org/), there were often more retweets of the tweet. If there was no link at all, the number of retweets of the tweet drastically decreased.

This tweet, which includes a link to the ACS website, was the most retweeted tweet that had a link out of all of the tweets that had links in our data set (also besides the video tweet included below, which also included a link to the ACS website). In addition to the link (and a call to action), this tweet features a video of a popular ACS Global Ambassador, Normani Kordei, a member of the now broken up girls pop music group Fifth Harmony and a former contestant of Dancing With the Stars. Here, Kordei shares her personal connection to cancer and promotes the Making Strides organization, urging ACS’s Twitter followers to help save lives from Breast Cancer.

For the ‘media’ category, we found that the tweets that had videos and infographics attached to them received the highest number of retweets. This makes sense because videos and infographics are visually appealing and stimulating; therefore, users will usually stop scrolling through their feeds to look at them and possibly even decide to retweet the tweets that include these kinds of media.

This tweet was actually the most retweeted tweet in our data set, as it included a call to action, a link to the ACS website, and a video, like the last example. This tweet again features a video of Normani Kordei. In it, she is again promoting Making Strides as part of the fight against Breast Cancer.

Based on these findings, “topic,” “links,” and “media” proved to be the most relevant categories for our research. From the insights we gathered, we believe that the American Cancer Society should post more tweets that have calls to action, because that was the most effective type of tweet, meaning that this type of tweet received the most engagement (retweets and replies) on average. We also think that the ACS should post more tweets that include links, specifically to the ACS website, as well as infographics and videos, because including these types of links and media in its Twitter posts most effectively increases the ACS’s engagement on Twitter.