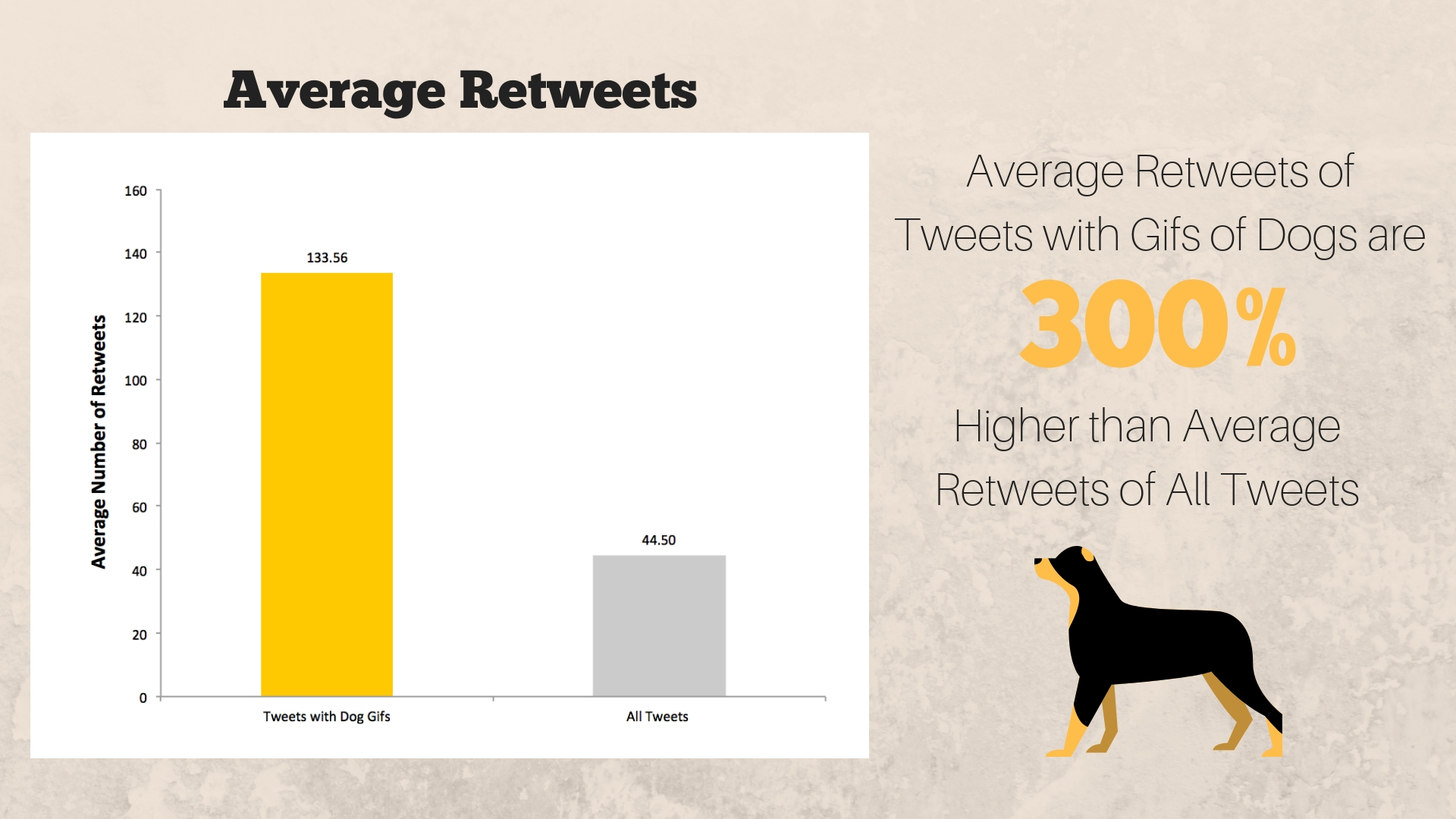 As a group, we analyzed the American Society for the Prevention of Cruelty to Animals’ Twitter account. To do so, we broke down their tweets into categories, including the type of tweet, type of media use (picture, video or gif) and the content of the media. Upon further analysis, we discovered that tweets including gifs of dogs brought in a lot of reactions.

The above graphic shows the difference in average retweets for gifs of dogs compared to that of all tweets from the sample.

The tweet above was the most popular dog GIF and was retweeted 279 times. That’s six times the average for every other type of tweet. Even the least popular dog GIF had 25 retweets, which is high considering that many of the ASPCA’s tweets received zero retweets. 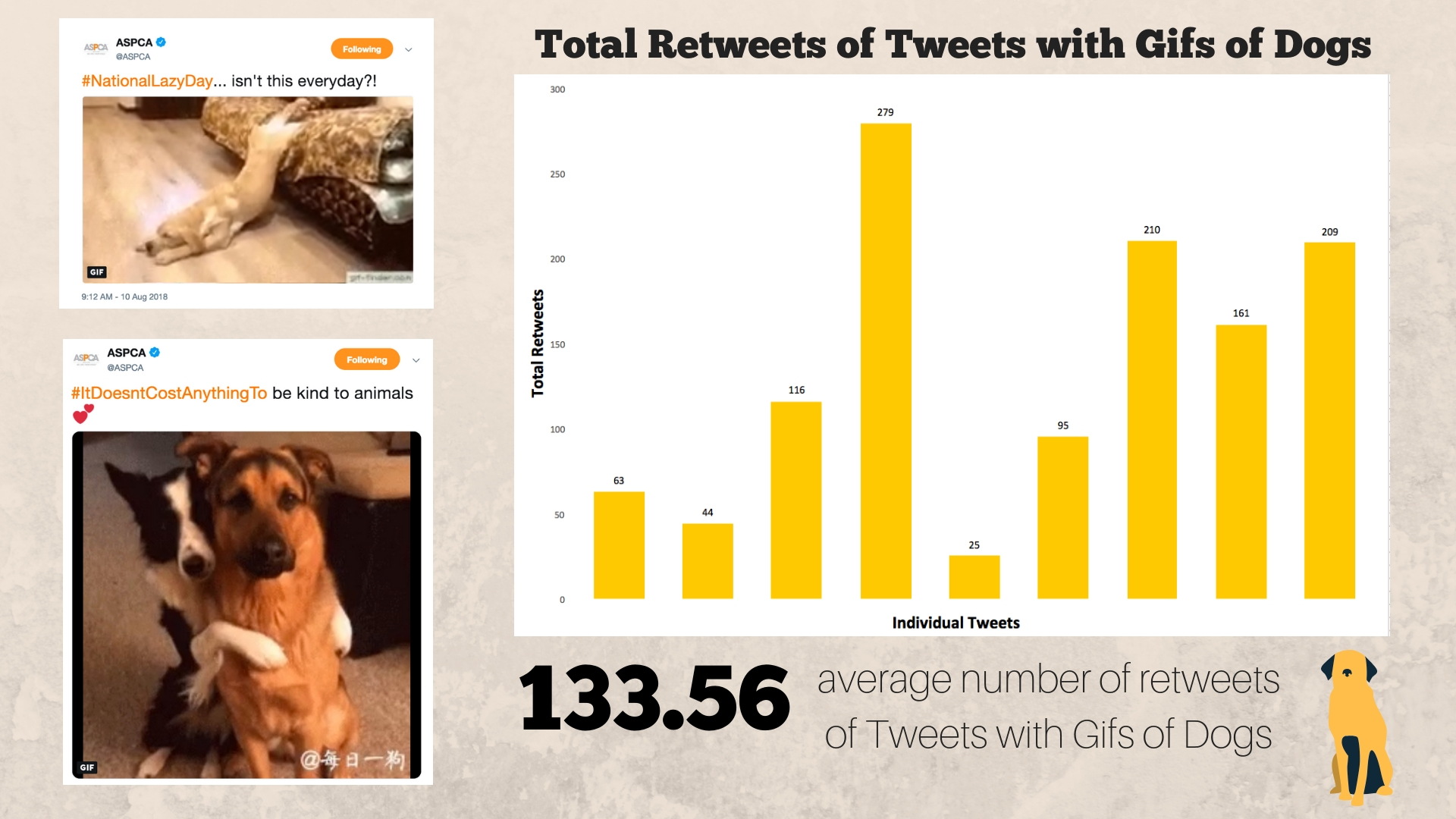 The above graphic shows the amount of retweets each Tweet with a gif of a dog received as well as a some example Tweets that fall into this category.

This report and analysis was compiled and written by ADPR 5750 students Claudia Miller, Leah Greenberg, and Caitlin O’Donnell.