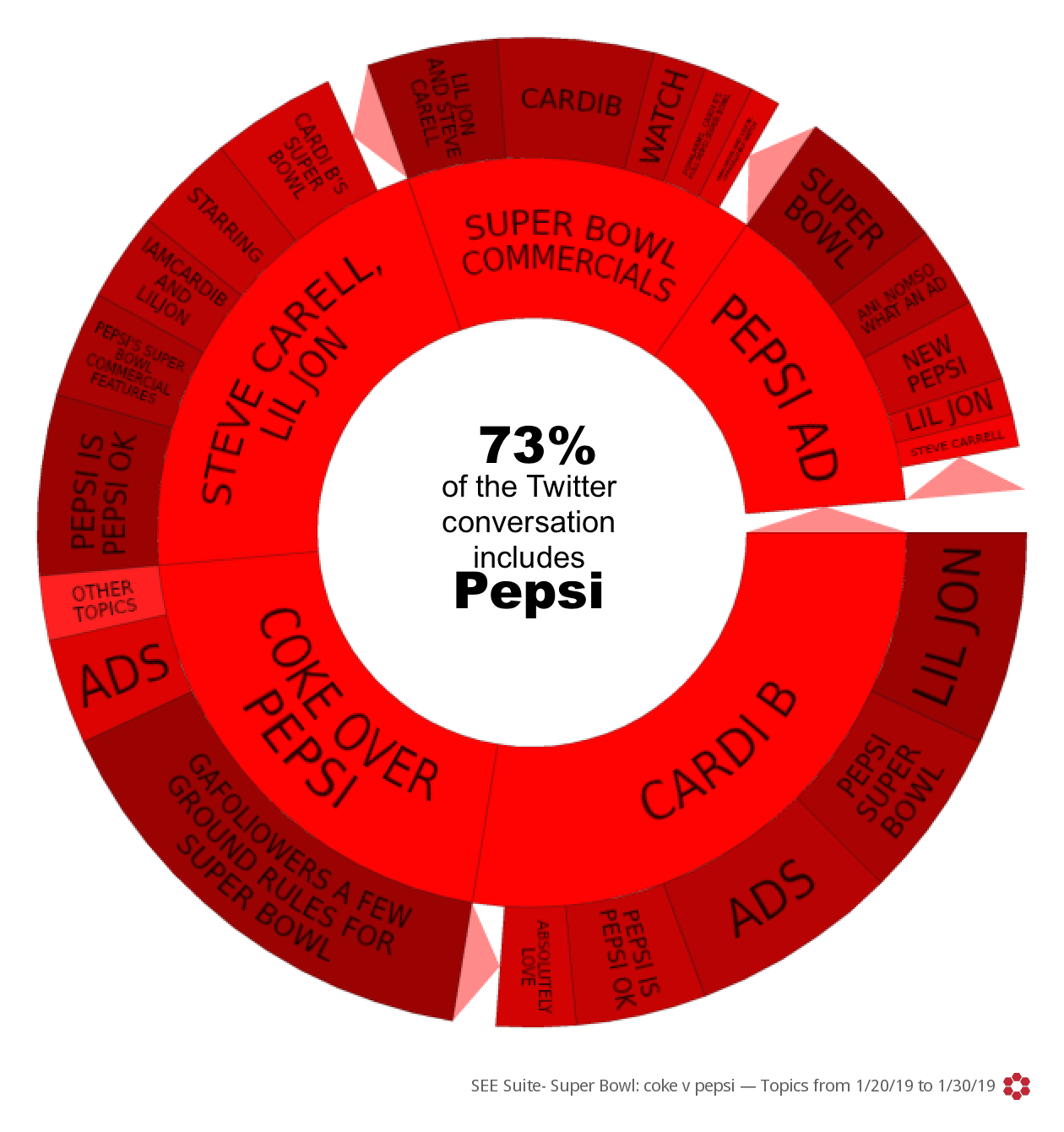 For some, the Super Bowl is the culmination of a trying football season. But for many, the game is the advertising spectacle of the year. Prior to the big game of 2019, both Pepsi and Coca-Cola released their full Super Bowl advertisements. Out of a total of 49K posts mentioning the two brands and their commercials, Pepsi is mentioned in 73%, dominating the conversation. 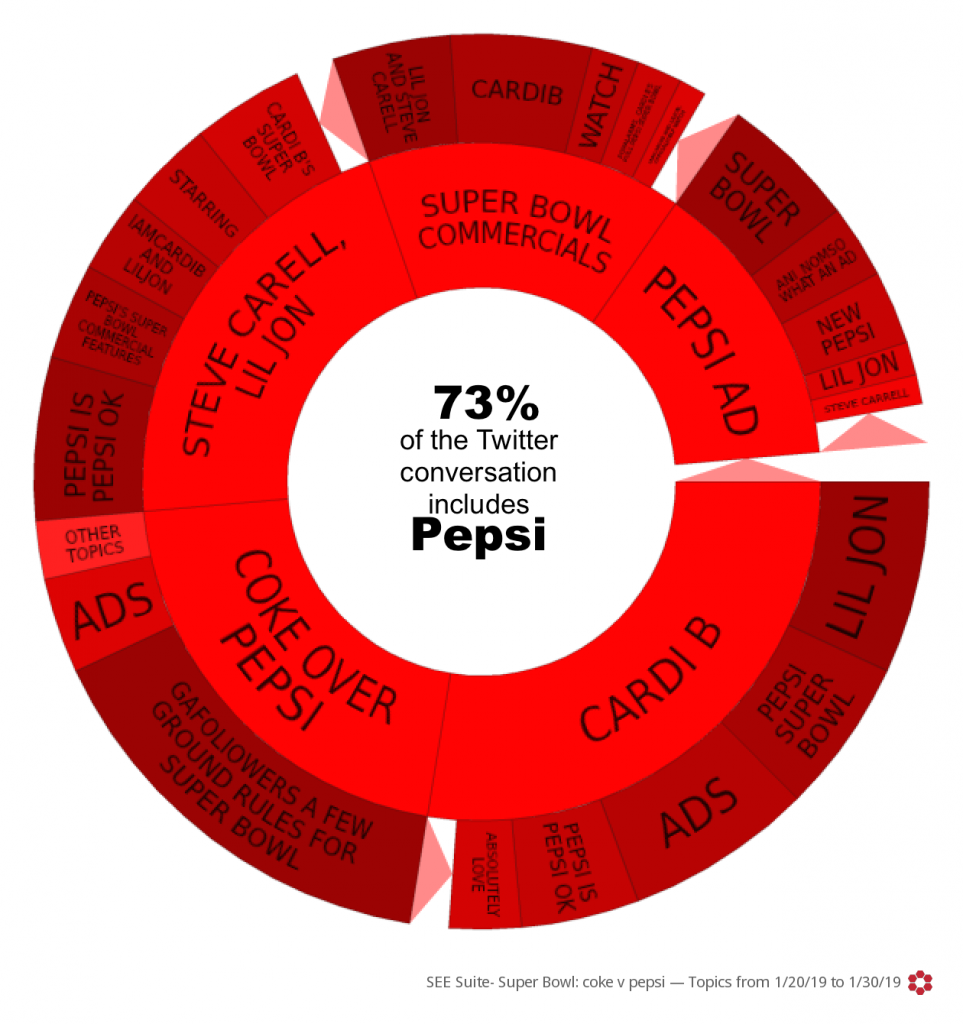 Many Twitter users are praising Pepsi’s ad, featuring three big name celebrities, that boldly calls out their competitor by name. The unexpected combination of Steve Carell, Cardi B, and Lil Jon and the comical approach has grabbed the attention of thousands on social media. By far the most popular hashtag leading up to the big game is #PepsiMoreThanOk, with over 5,200 uses in the last ten days.

However, Coke’s ad focusing on diversity and inclusion is actually generating a large amount of backlash. With 11% of the Coca-Cola-focused conversation identifying as negative, their ad may alienate a large portion of their potential consumer base. In addition, 9% of the conversation contains the “disgust” emotion, peaking on January 25th. Many are attacking the advertisement for expressing liberal political views. 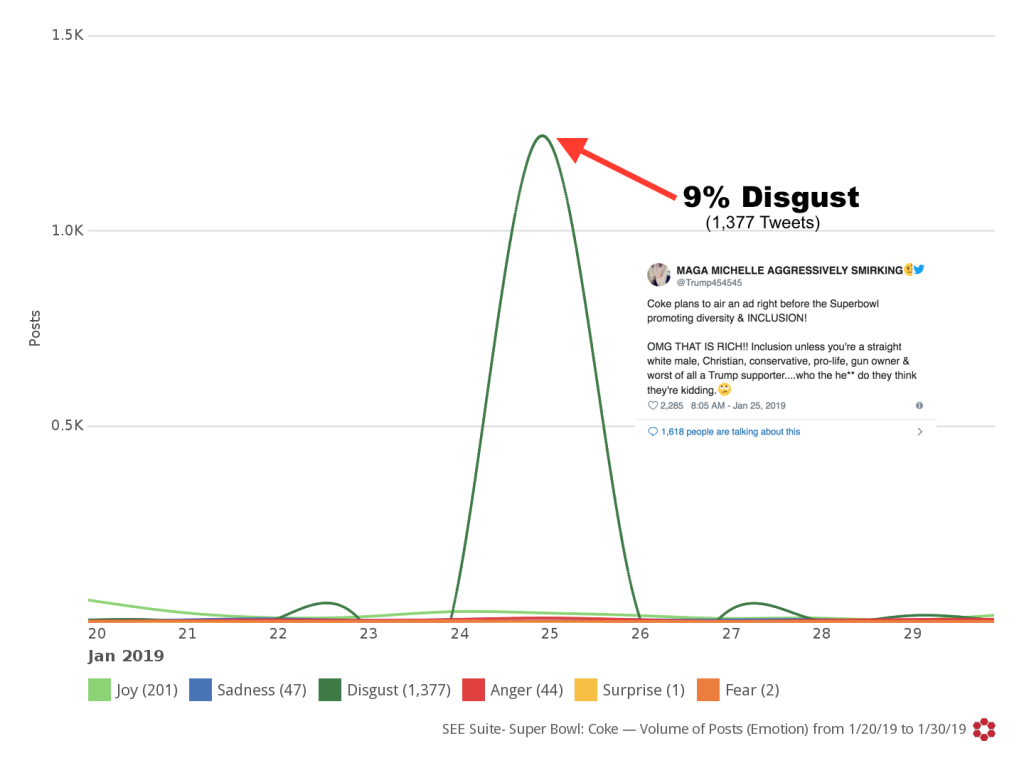 This is not the first year Coke has opted for a Super Bowl commercial focusing on the company’s values. But do we dare say Coke missed the mark this year? As of January 30th, a relatively small number of tweets mention the “together is beautiful” slogan from Coca-Cola’s commercial. They may consider switching to a funny advertisement in the future, based on how well Pepsi’s ad has been received. But, for 2019, Pepsi is the clear fan-favorite.