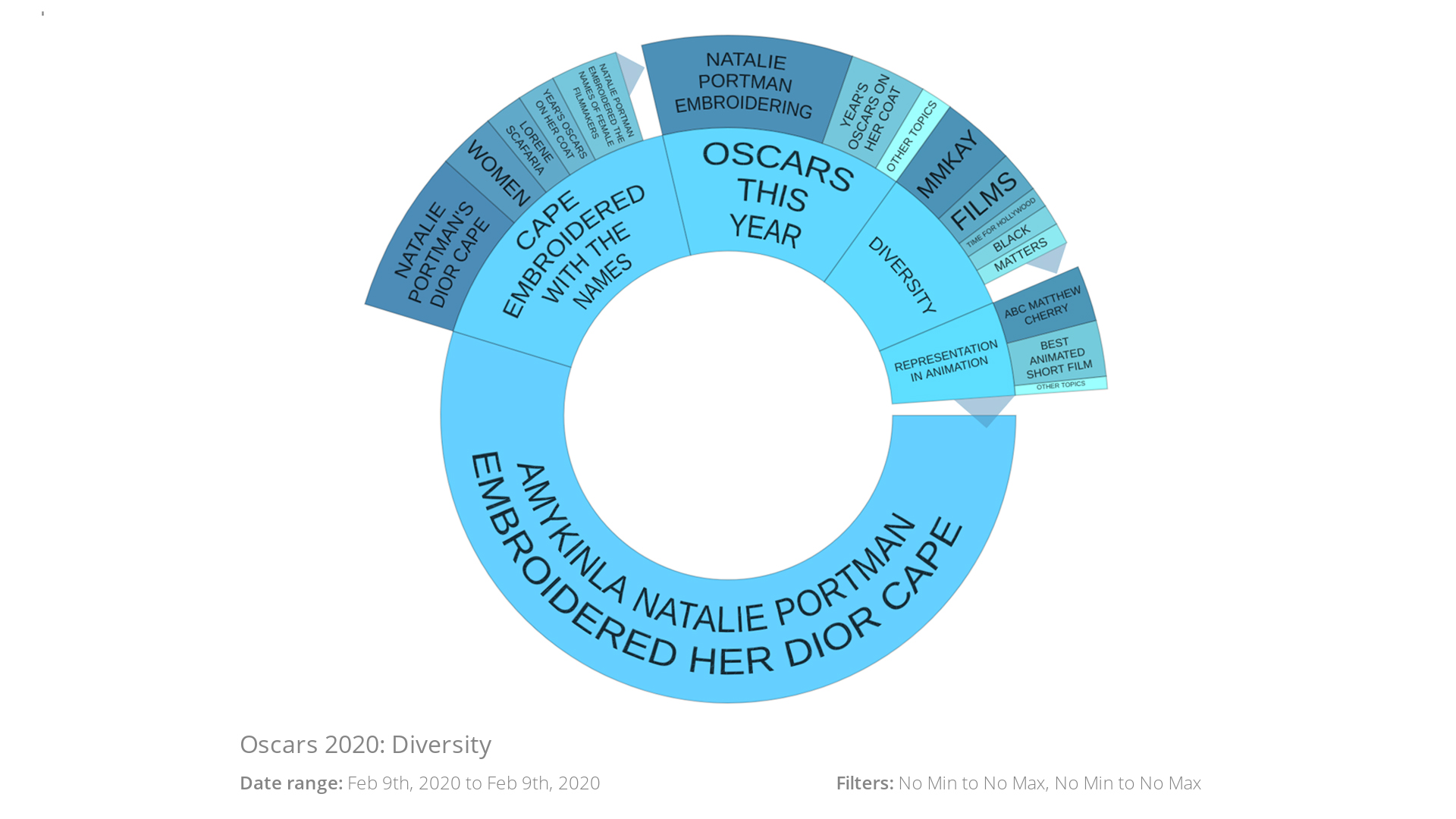 This year marked the 92nd Academy Awards, famously known as the Oscars, in which cinematic achievements are recognized. The Oscars are highly anticipated each year, garnering 29.6 million viewers in 2019, according to Statista. The number of conversations on Twitter for the 2020 Oscars are over five million and counting. Despite the intense viewership, not everyone agrees with the decisions made by the Academy. This year, the Oscars nominated all-male directors, which immediately sparked conversation about the lack of female representation. This year’s Oscars was not the first instance where women were left out of the running for best director—in the history of the Oscars, only five women have been nominated for best director, and only one woman has ever received the award.

Portman has voiced her opinion prior to this year when she made a comment about all-male nominees at the 2018 Golden Globes. This year, she walked the Oscars red carpet wearing a Dior cape embroidered with the following names: Lulu Wang, Greta Gerwig, Melina Matsoukas, Kasi Lemmons, Lorene Scafaria, Marielle Heller, and Alma Har’el.

The topic of diversity accounted for only 3% of conversations on the night of the Oscars, with 113,708 out of over three million conversations. The tweet by @AmyKinLA currently has over 95.2K retweets and is rapidly gaining attention, which can alter the conversation percentage over the days following the awards.