Skittles’ ‘Romance’ commercial received a lot of twitter attention, especially when it came to mentions from other brands. Both @avosfrommexico and @realmrclean trolled the popular candy brand after both their own and the Skittles commercial had aired. Users praised the commercial for its comedic theme while others weren’t so sure about the ad. Overall, Skittles received a ton of positive feedback on their commercial and user’s sentiment toward the brand and candy as a whole. 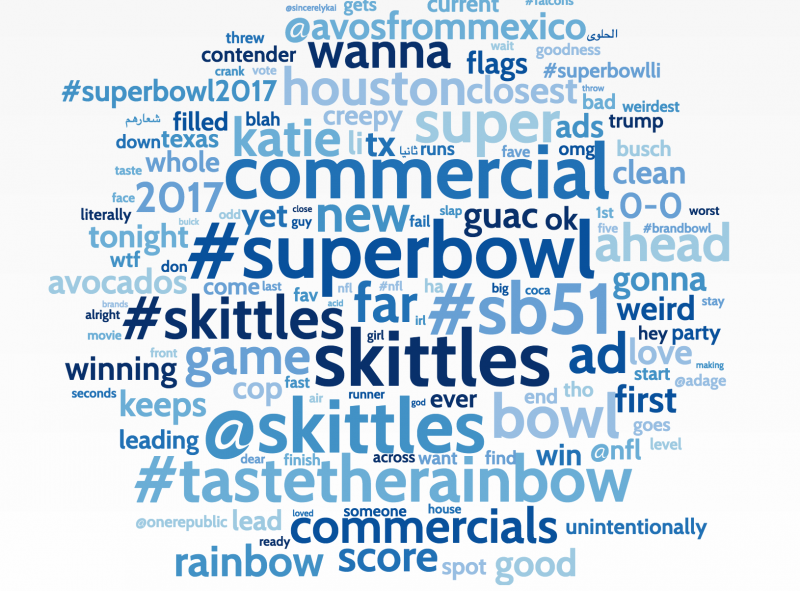 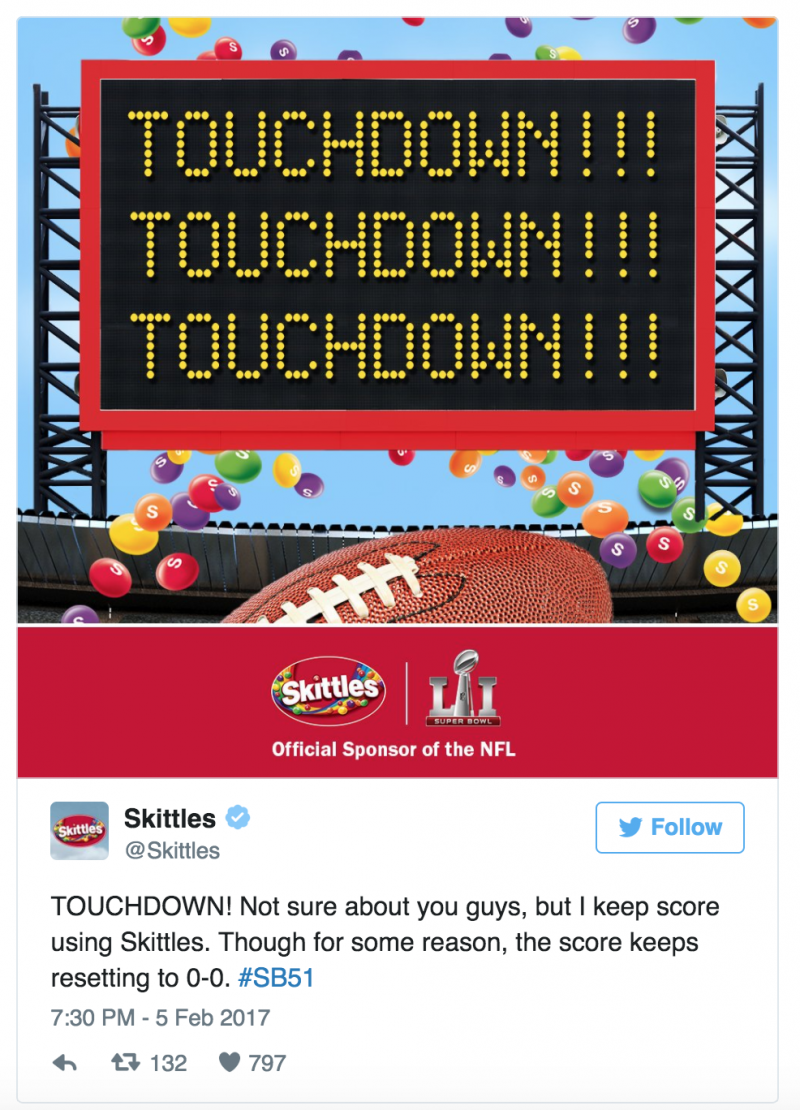 Meanwhile, Snicker’s waited until the start of the third quarter to air the Super Bowl’s first ever live commercial starring Star Wars’ Adam Driver. Prior to the airing of the ad, Snickers did not reveal extensive information about their commercial with the exception of the use of their celebrity. Their theme, ‘Never shoot a live Super Bowl commercial when you’re hungry.’ received a lot of praise for their clever idea and user’s loyalty to the popular candy bar. During the game alone, Snickers was posted about more than 5,000 times and their first attempt at a live commercial was incredibly successful in continuing their ‘You’re not you when you’re hungry theme.’ while increasing their brand loyalty. 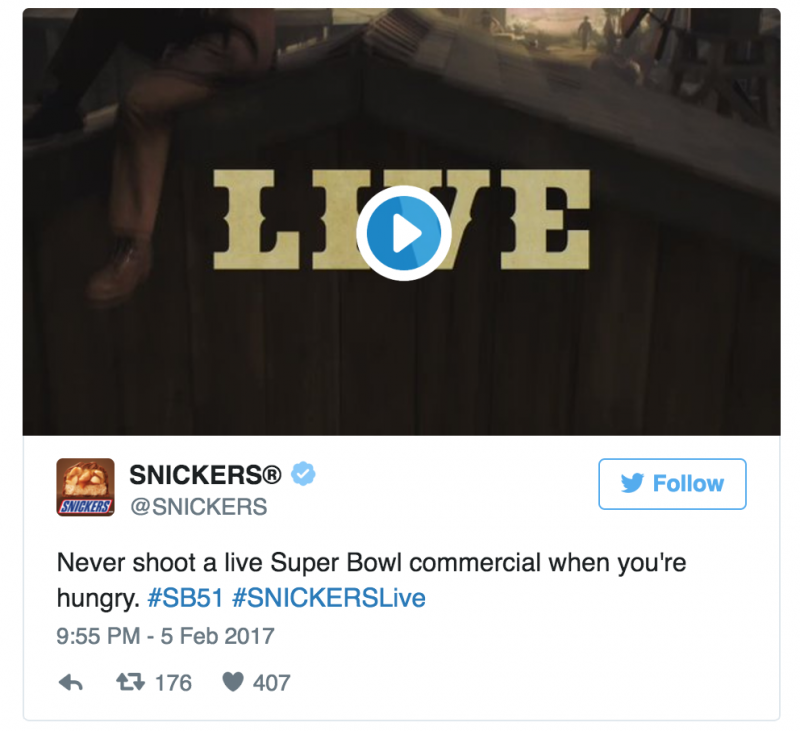 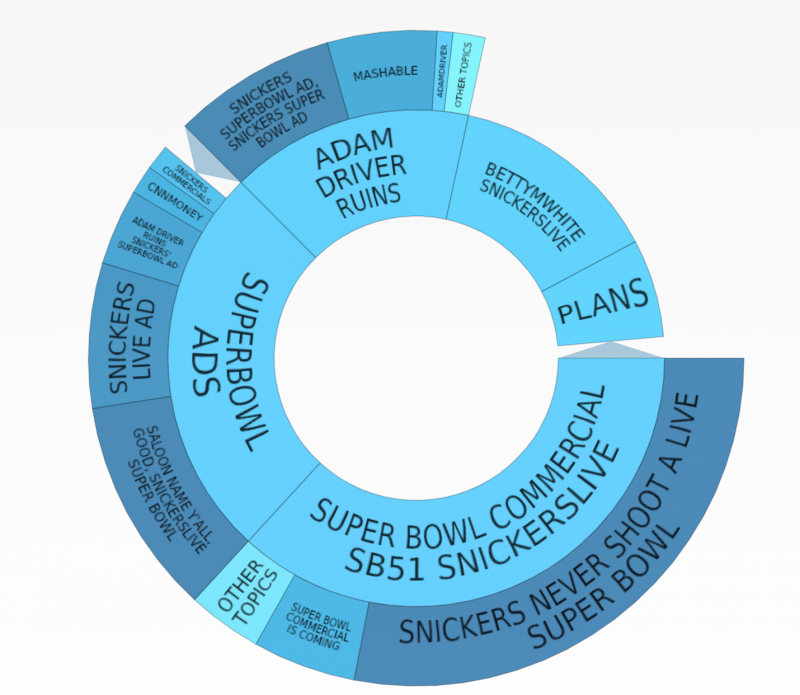