By Itai HimelboimFebruary 26, 2017Social Media Analytics
No Comments
As we get closer to the 89th Academy Awards, social media conversation surrounding the event continues to grow. While conversation is booming about popular awards such as Best Picture, Best Actor and Best Actress, there is very little online buzz about the awards related to music and other aspects of film. With under 1,000 total posts, social media conversation about the Oscar for Best Original Score has been very limited in the past week. However, conversation volume peaked on February 25, as users began to share their award predictions just a day before the winners are announced. 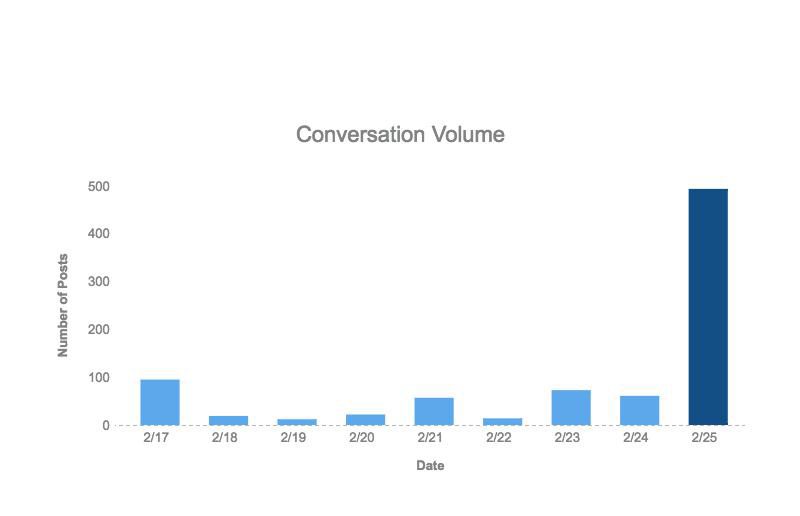 Nominees for Best Original Score include Jackie’s Mica Levi, La La Land’s Justin Hurwitz, Lion’s Dustin O’Halloran and Hauschka, Moonlight’s Nicholas Britell, and Passengers’ Thomas Newman. Out of the five nominees, social media users seem to have already chosen a clear winner. Conversation is dominated almost entirely by La La Land, as the movie is the only nominee included in both top mentions and top hashtags. Shared articles about Justin Hurwitz’s college experience with music even led to the inclusion of @Harvard as a top mention. There is almost no conversation surrounding the other nominees. 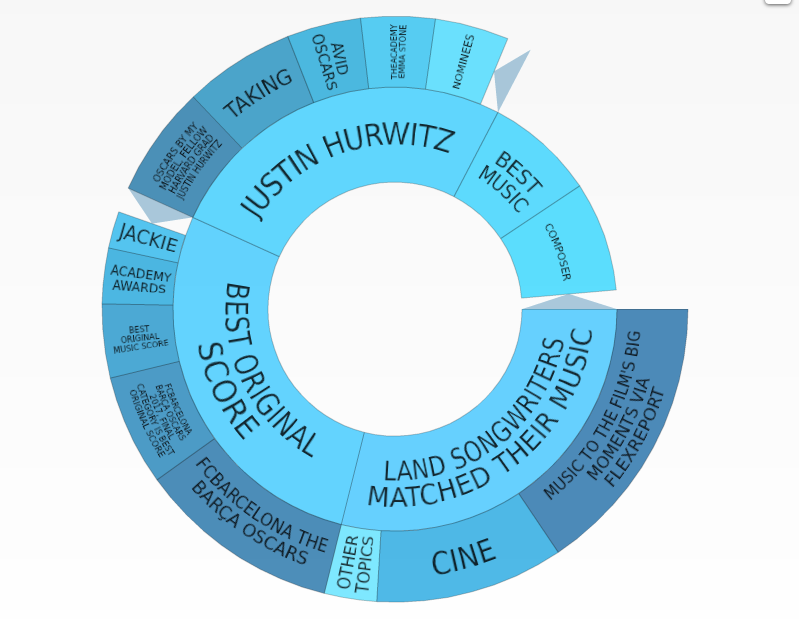 Are You Sold on The Salesman Yet?

Are You Sold on The Salesman Yet?