Wednesday at the annual AEJMC conference started off with a big day of social media activity. Scholars and professionals posted 2,163 times about AEJMC, with the peak time of posting around 8PM Eastern time.

The peak time for posts was at 8PM Eastern during the Keynote Session.

The topic wheel below indicates the areas of discussion for Wednesday. Mr. Silverman’s speech was the most concentrated topic of discussion, as 387 posts (18%) from the day were about his speech. This is even further supported when looking at the top mentions for the day, with @CraigSilverman being the second most mentioned user (290), only behind the actual AEJMC Twitter page (300). 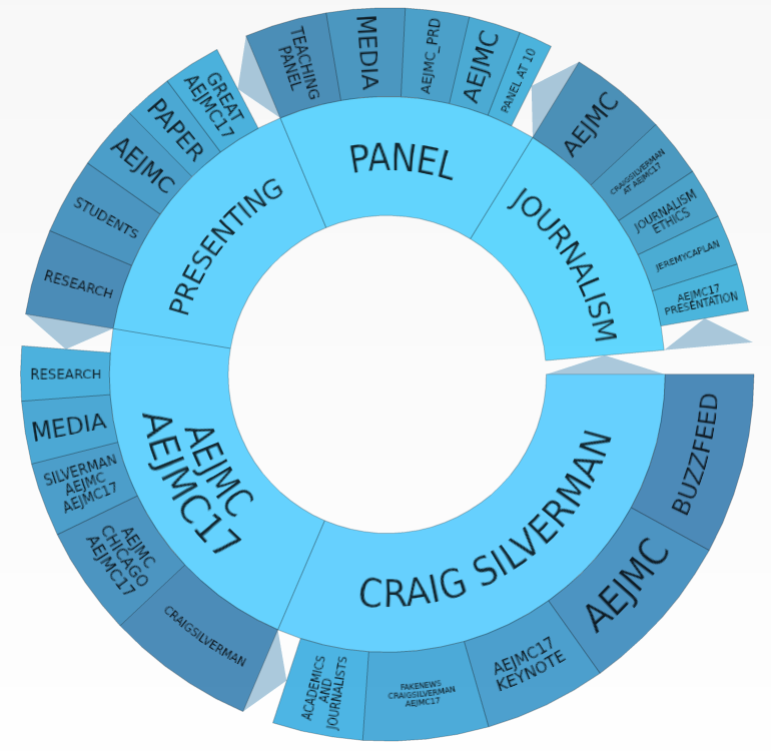 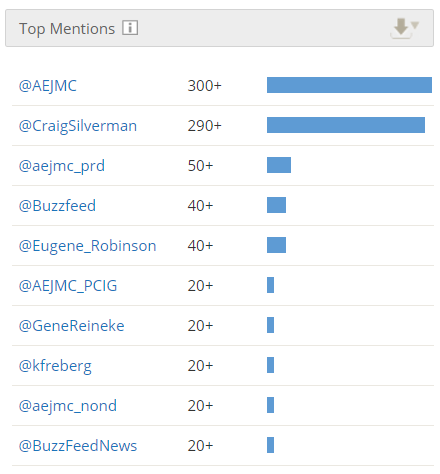 Most mentioned users from Wednesday’s opening of the conference.

Finally, another big topic of discussion was of course presenting research. Many scholars tweeted out in advance of their presentations in order to let fellow scholars know of their research. 148 total posts promoting presentation of research were sent on Wednesday. 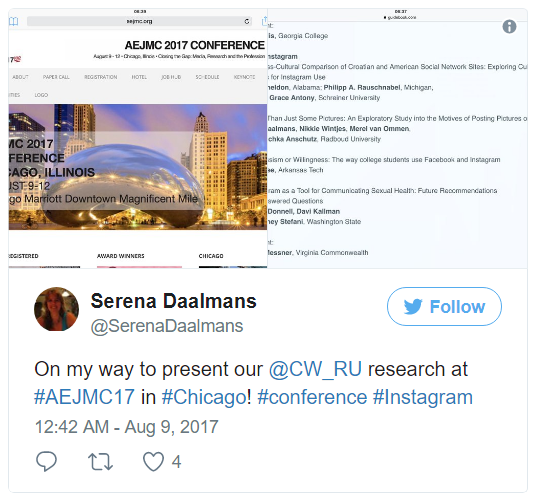