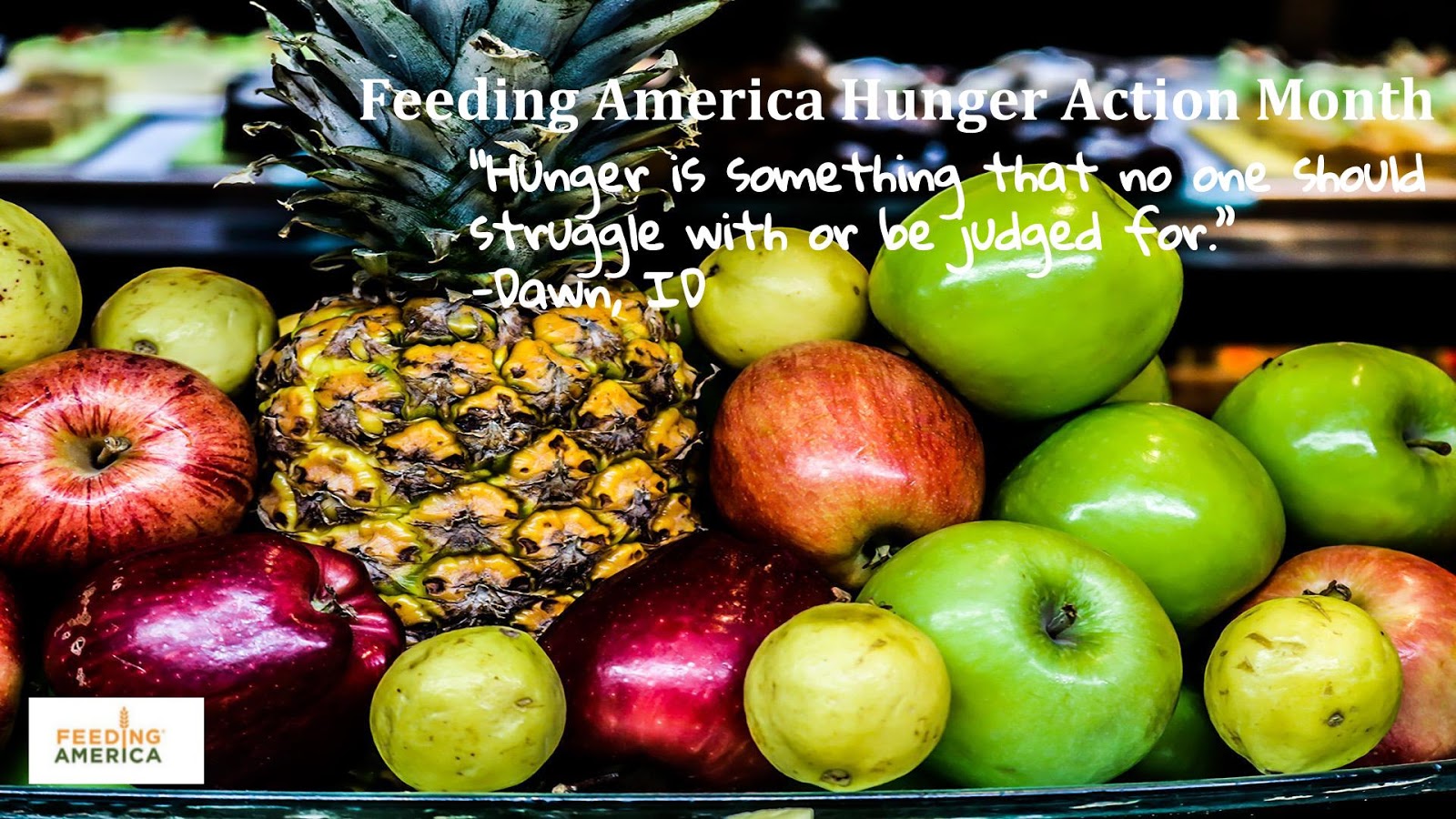 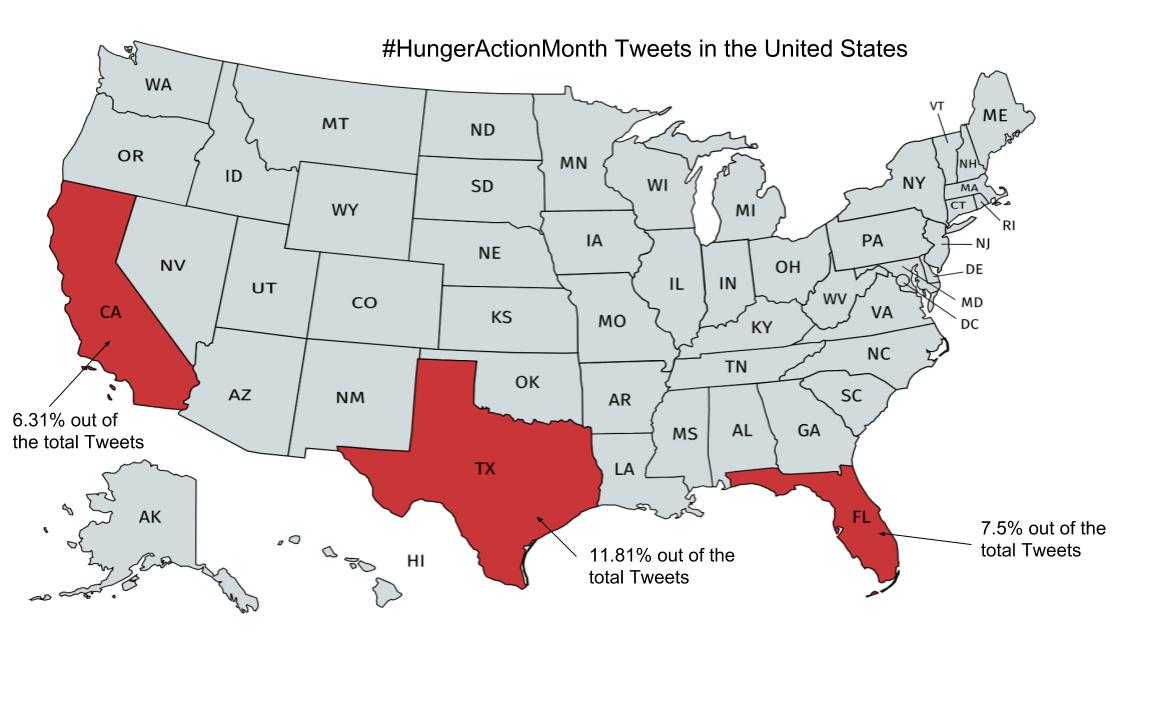 Feeding America prides itself on their actions to end hunger around the United States. During the month of September Feeding America has Hunger Action Month where they heavily work to take action against the hunger crisis. The company turns to Twitter and other social media websites before, during and after the campaign to inform their followers. We investigated the interactions of tweets that include the hashtag #HungerActionMonth. We decided to look at the tweets from August 1st until October 24th because this is around the time tweets begin to appear and eventually die off. 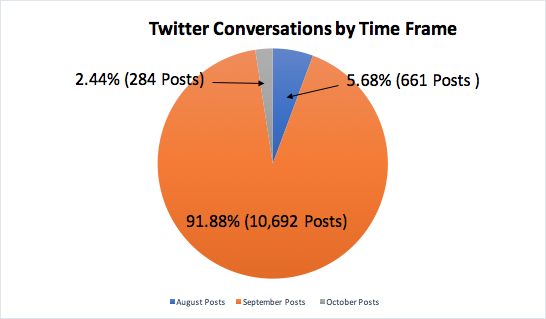 From August 1st until October 24th there were 11,637 posts with #HungerActionMonth included. Out of these 11,637 posts 72% of these were considered neutral, 26% positive and  2% negative posts. On September 14th the volume for posts was considerably higher than normal because of Starbucks using the hashtag and mentioning the company in one of their very own tweets. On average more women posted about #HungerActionMonth than males. Texas had the highest amount of twitter activity with #HungerActionMonth, followed by Florida, and then California. 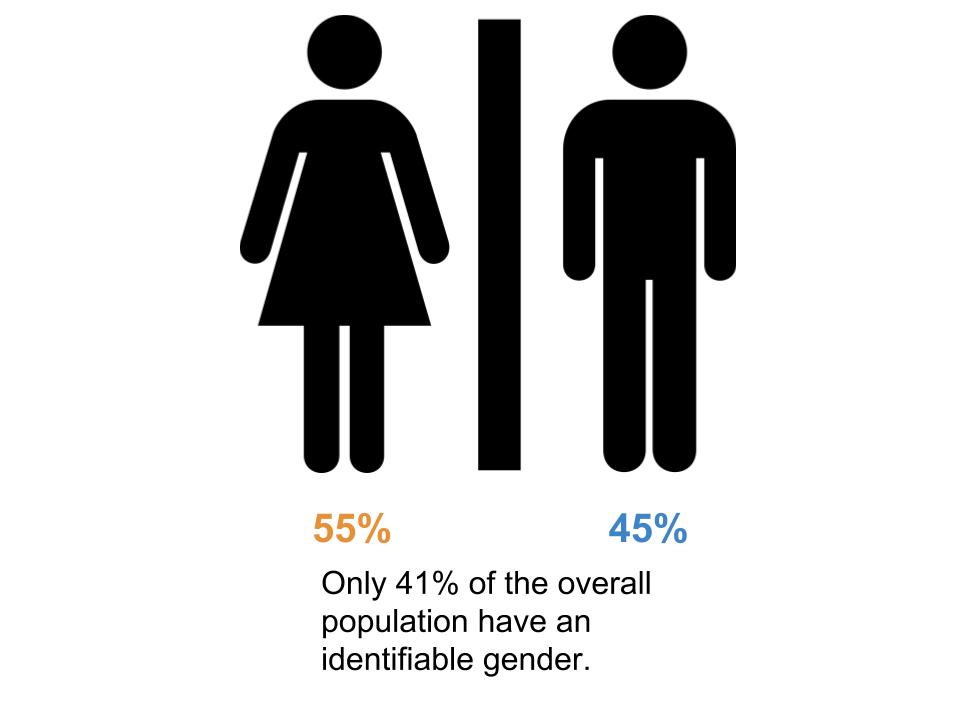 GMOA – The Power of Cultural Moments

GMOA – The Power of Cultural Moments