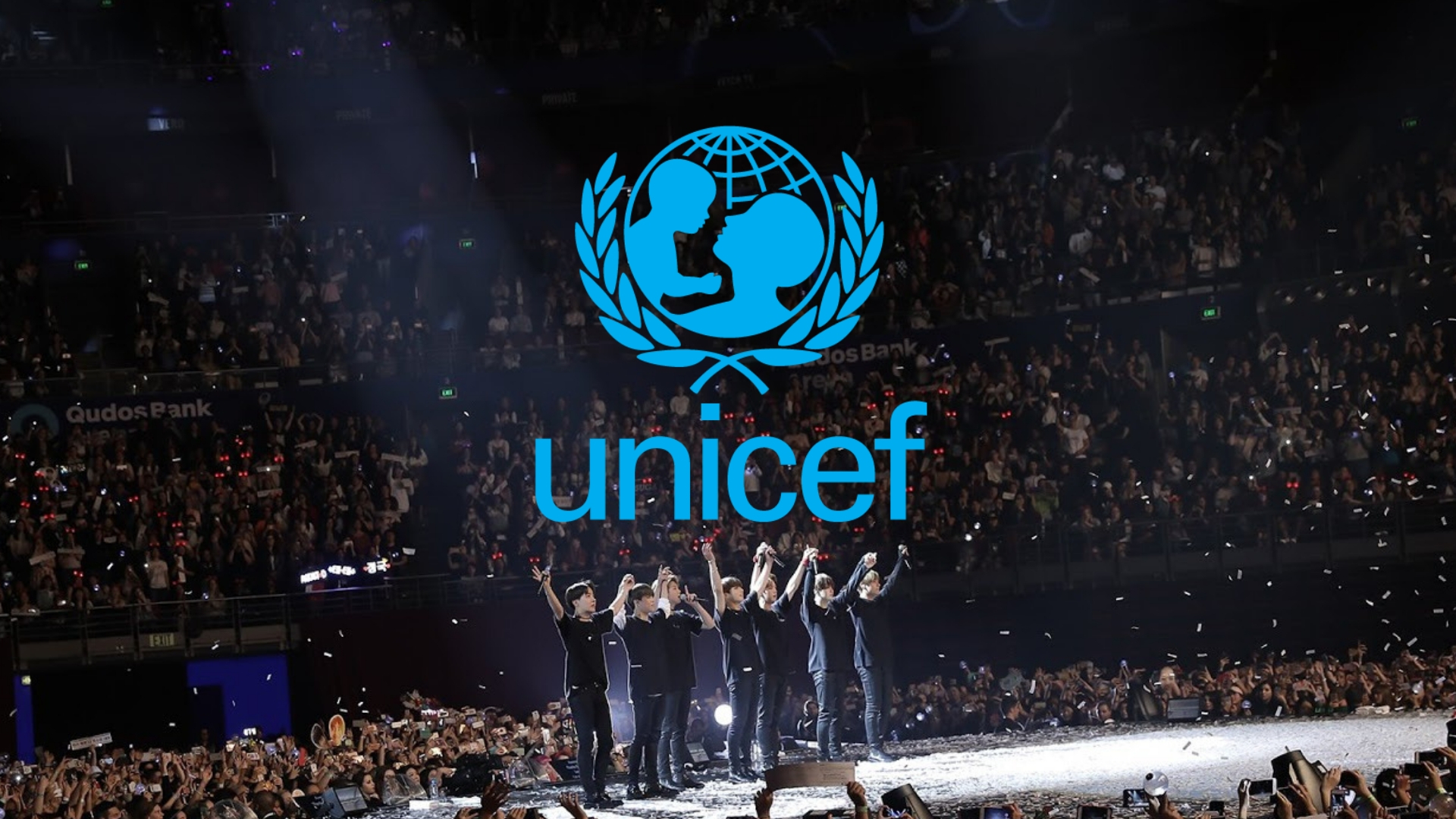 UNICEF – One crash, one global storm of activity

Through an in-depth analysis using the analytic software, Crimson Hexagon, we were able to find key insights pertaining to ties between fan bases and social activism. Through these insights, we were able to formulate recommendations for UNICEF in order to increase total engagement. Our main goal throughout the process was to determine what caused engagement to spike during our pre-selected time period of June 17, 2018 to September 7, 2018. We found that several of these spikes occurred due to activity from being mentioned among the fanbase of one of the celebrities that is partnered with UNICEF. 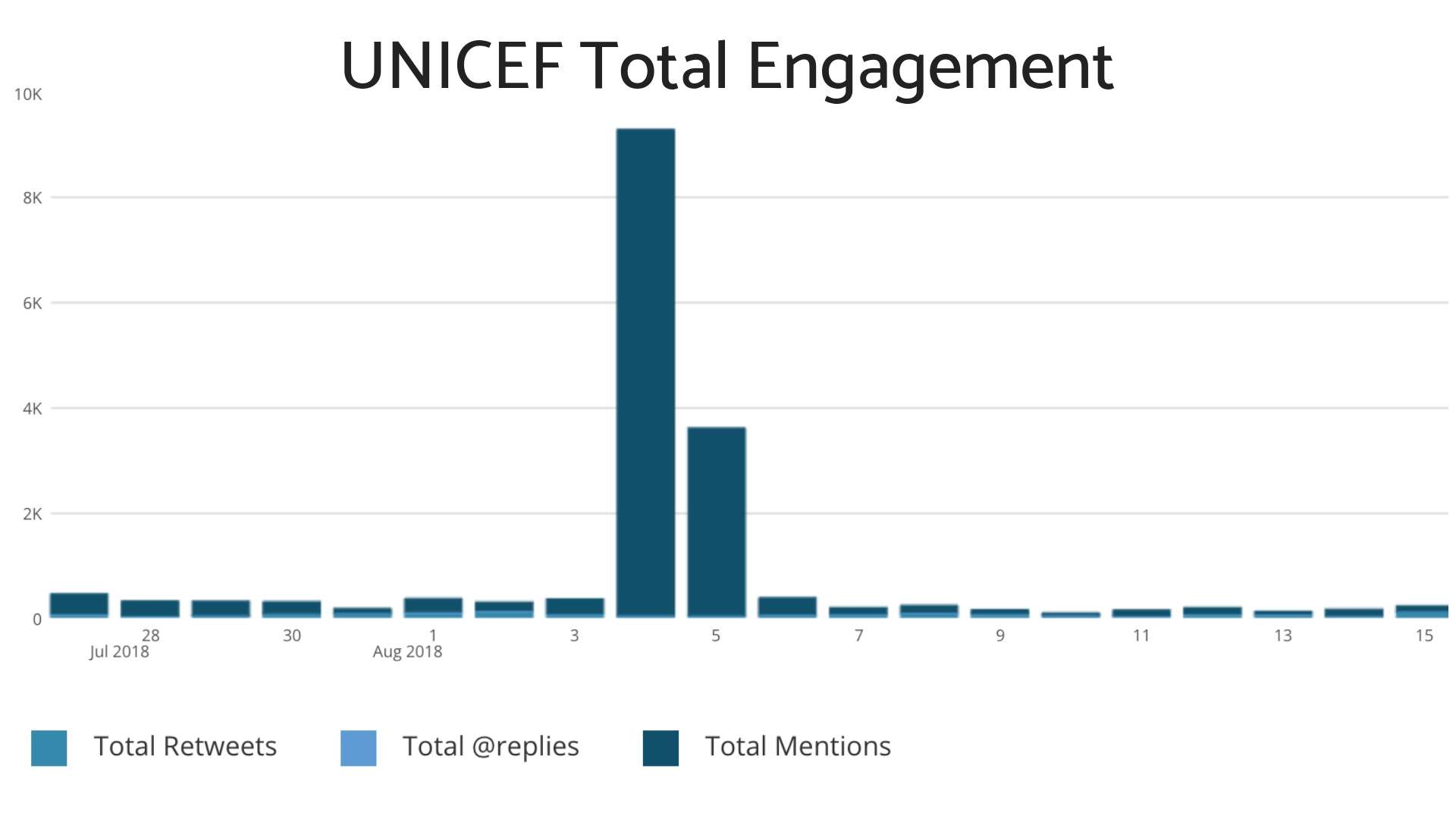 For our main analysis, we focused on the spike that occured on August 4, 2018. On the fourth of August, UNICEF (@unicefusa) had tweeted out four tweets however they received around 9,250 mentions in conversations on twitter. The storm in conversation was a result of a Bangladeshi traffic accident in which two students were hit and killed by a speeding bus. Students across Bangladesh started protesting the corruption and safety regulations of their home country both in person and online as a result of the tragedy. However, the four tweets that Unicef had tweeted were unrelated to the incident and the spike in engagement was due to something unsuspected, the fanbase of the Korean boyband BTS.

*trigger warning*
The situation is really horrible in Bangladesh right now. Internet is being shut down and the media is trying to cover the news. Prayers for #Bangladesh#WeWantJustice#RoadSafetyBD#AirportRoadCrashProtest#helpbangladeshistudents@BBC @CNN @UNICEF @UNICEFUSA pic.twitter.com/8kjFgWFg1K

The fanbase used their online channels to advocate for the Bangladeshi people, mentioning Unicef’s social media accounts in the process. Unicef began to collaborate with BTS in fall 2017 as part of the #ENDViolence campaign, an effort to make the world a safer place for children and teenagers, linking the BTS fanbase with Unicef. 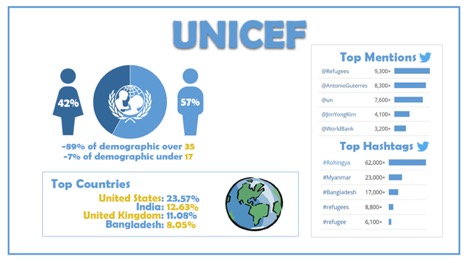 BTS fans took the initiative to spread awareness of the accident in Bangladesh and advocate for policy change via social networks. According to our research, Unicef’s main audience on Twitter is over 35 years old and male. However, the BTS fanbase is made up largely of females who are anywhere from tweens to young adults so in collaborating with BTS, they are expanding into a new demographic they would not otherwise reach natively on their twitter. As shown by the 9,250 mentions of Unicef in a single day, the accident in Bangladesh proves the gain in both impressions and social media activists that working with celebrity groups and their fan bases bring. 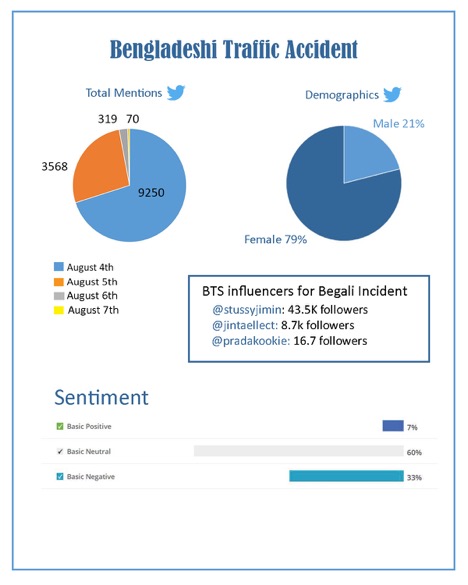 Collaborating with cultural figures gives UNICEF the opportunity to widen their spheres on social media through user-generated content and ignite a passion for philanthropy in others in the process.

This post and analysis was generated by ADPR5750 students Natalie Mata, Tori Benes, and Jack Boring.

Parley for the Oceans: Riding the Engagement Hurricane

Parley for the Oceans: Riding the Engagement Hurricane