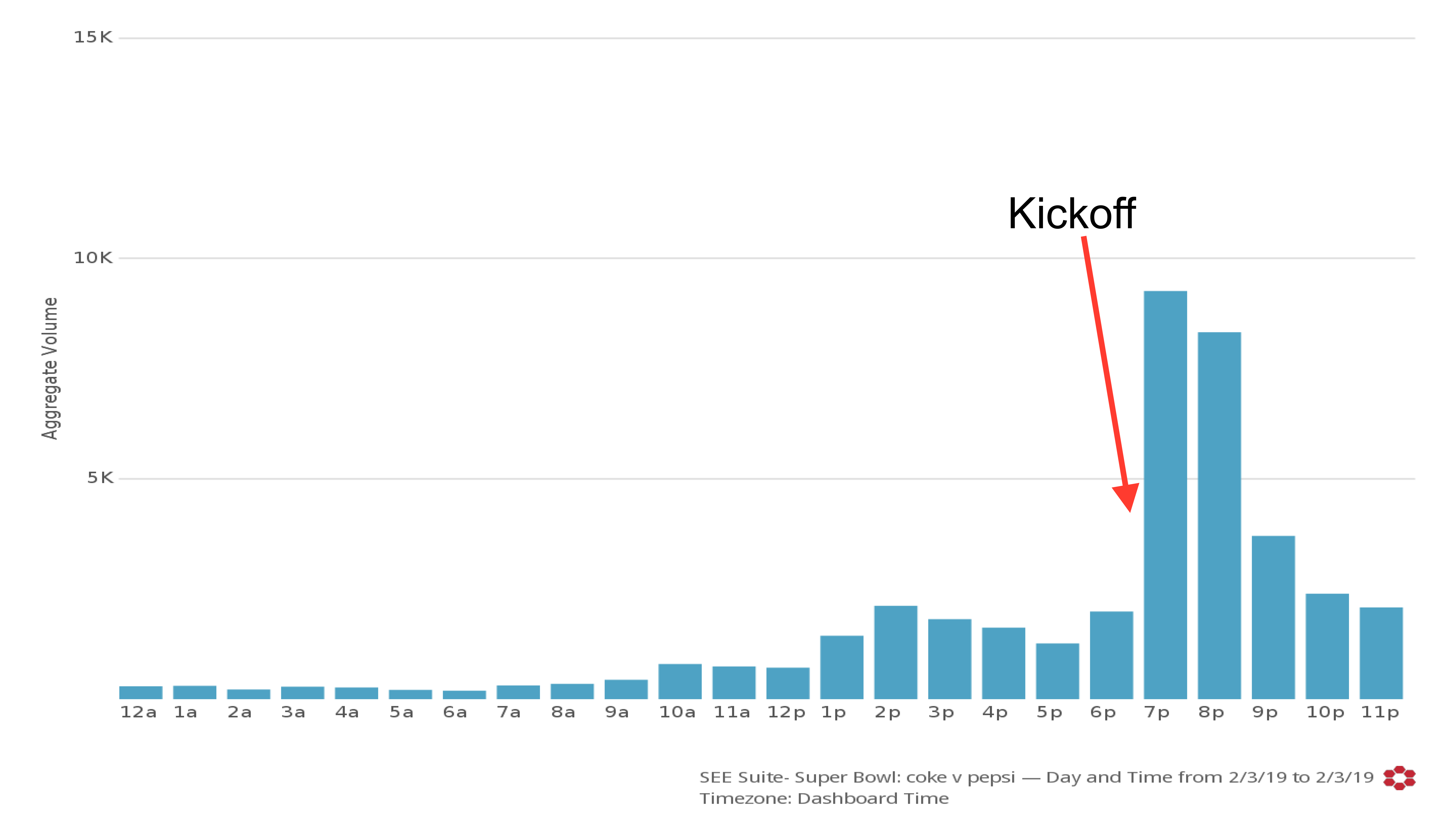 Fans across America laughed at Pepsi’s clever Super Bowl commercial claiming “Pepsi is more than ok.” Out of 39,312 tweets mentioning the brand or their ad, 21% carried positive sentiment, and only 11% carried negative sentiment (many of the negative tweets focused on the halftime show, not Pepsi’s advertisement.) Although the commercial stars three popular celebrities, Cardi B outplayed the rest. As the second most mentioned account (1,500+), second only to @Pepsi, many are talking about Cardi’s appearance. 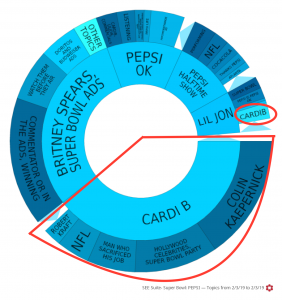 In addition to her appearance in the Pepsi advertisement, many Twitter users are talking about Cardi B’s political stand against performing in the halftime show. While she turned down the offer to perform months ago, many fans expected her to join Maroon 5 in their collaborative song “Girls Like You.” Cardi spoke out in an interview about her reasoning behind the decision stating, “I got to sacrifice a lot of money to perform, but there’s a man who sacrificed his job for us, so we got to stand behind him.” She is referring to Colin Kaepernick’s suspension following a refusal to stand during the national anthem. Although some are criticizing the singer for appearing in a Pepsi Super Bowl commercial but not performing in the halftime show, the majority are supporting Cardi.

“I got to sacrifice a lot of money to perform. But there's a man who sacrificed his job for us, so we got to stand behind him.”#SuperBowlhttps://t.co/FelEw1g6VR

A tweet from New York Daily News has over 1,600 retweets, and climbing. Overall, fans are praising Cardi B for using the Super Bowl as a platform to fight for social issues.