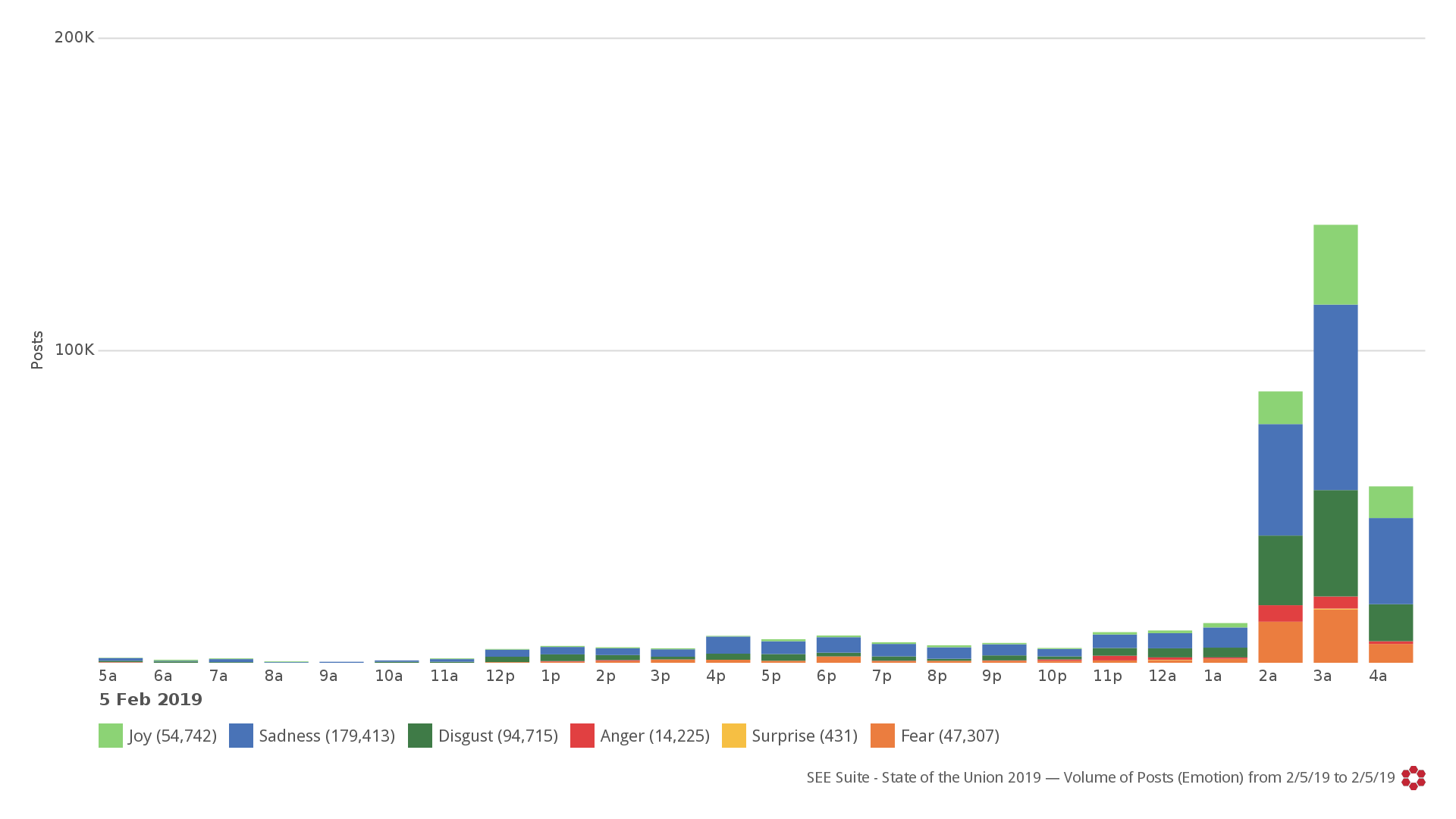 Every year, SEESuite interns prepare analytics reports for a few tentpole events on the news calendar. The Super Bowl, Oscar’s, Grammy’s, and yes, the State of the Union. The events are chosen in such a way that there is little overlap with each other, at least a weeks buffer on both sides, but with the historic shutdown, our schedule was thrown fantastically out of whack.

But the night finally came, and President Trump had a few words for the citizens of these United States.

In the 2 weeks prior to February 5th’s State of the Union, just over 1.4 million tweets were posted by users on the social platform mentioning the upcoming event. On the 23rd, over 1/3rd of the posts were made – for an exact number of 535,491 posts. 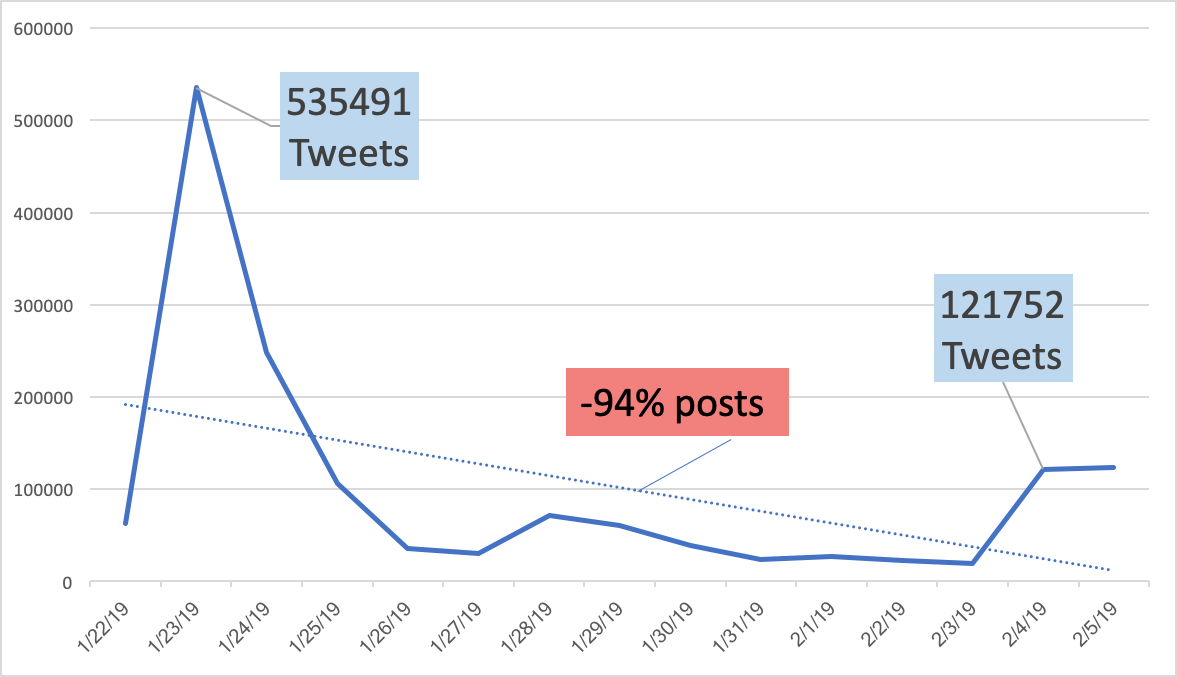 This spike was a response to the Government shutdown and the House Speaker, Nancy Pelosi’s promise to cancel the night’s event, unless the government was reopened. The conversation on that day held a stronger negative (36%) than positive (16%) charge.

On the day of the event twitter saw a total of 1,077,538 tweets, a 785% increase from the day before. Below is an hourly emotional analysis for the day. 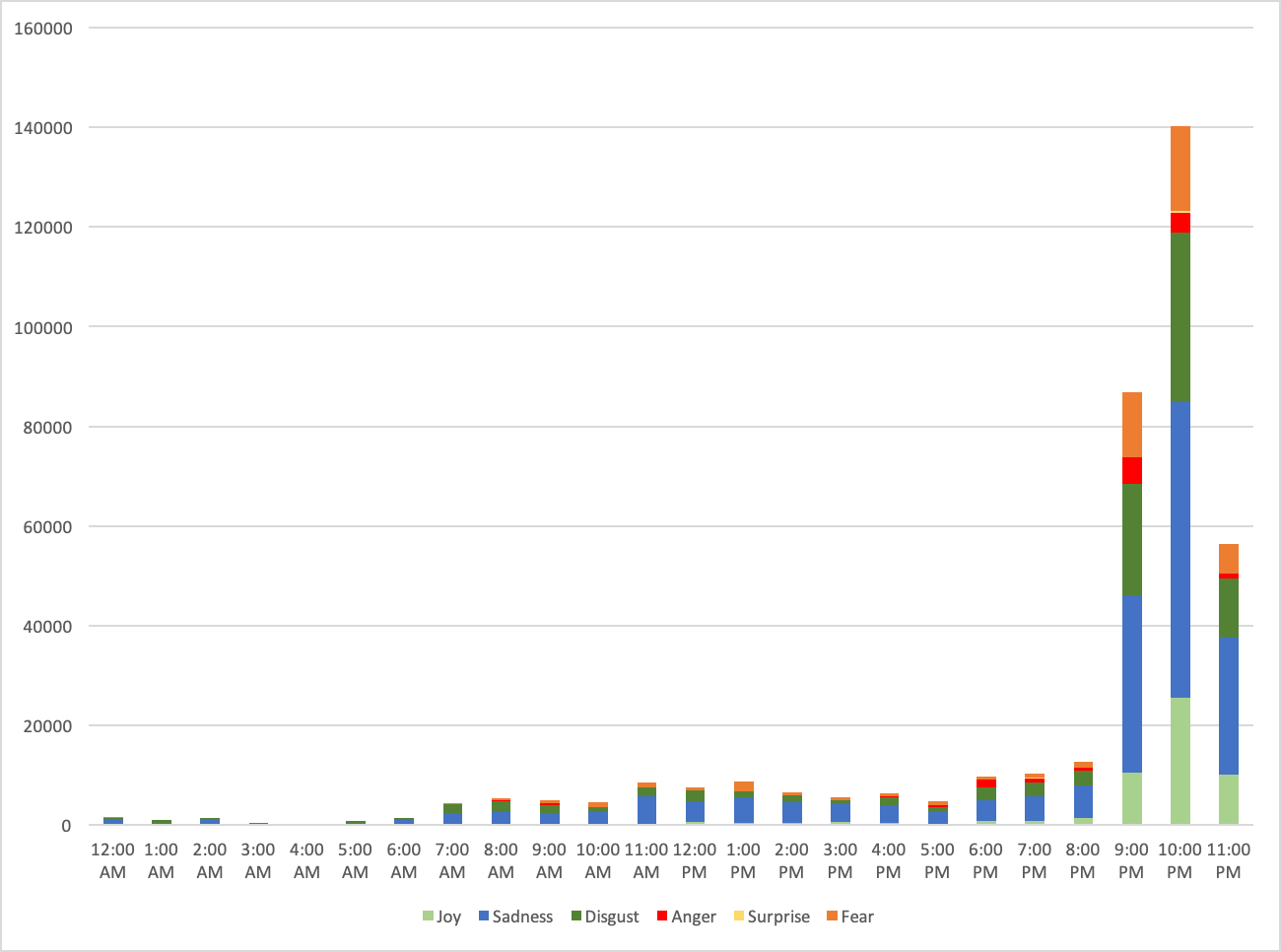 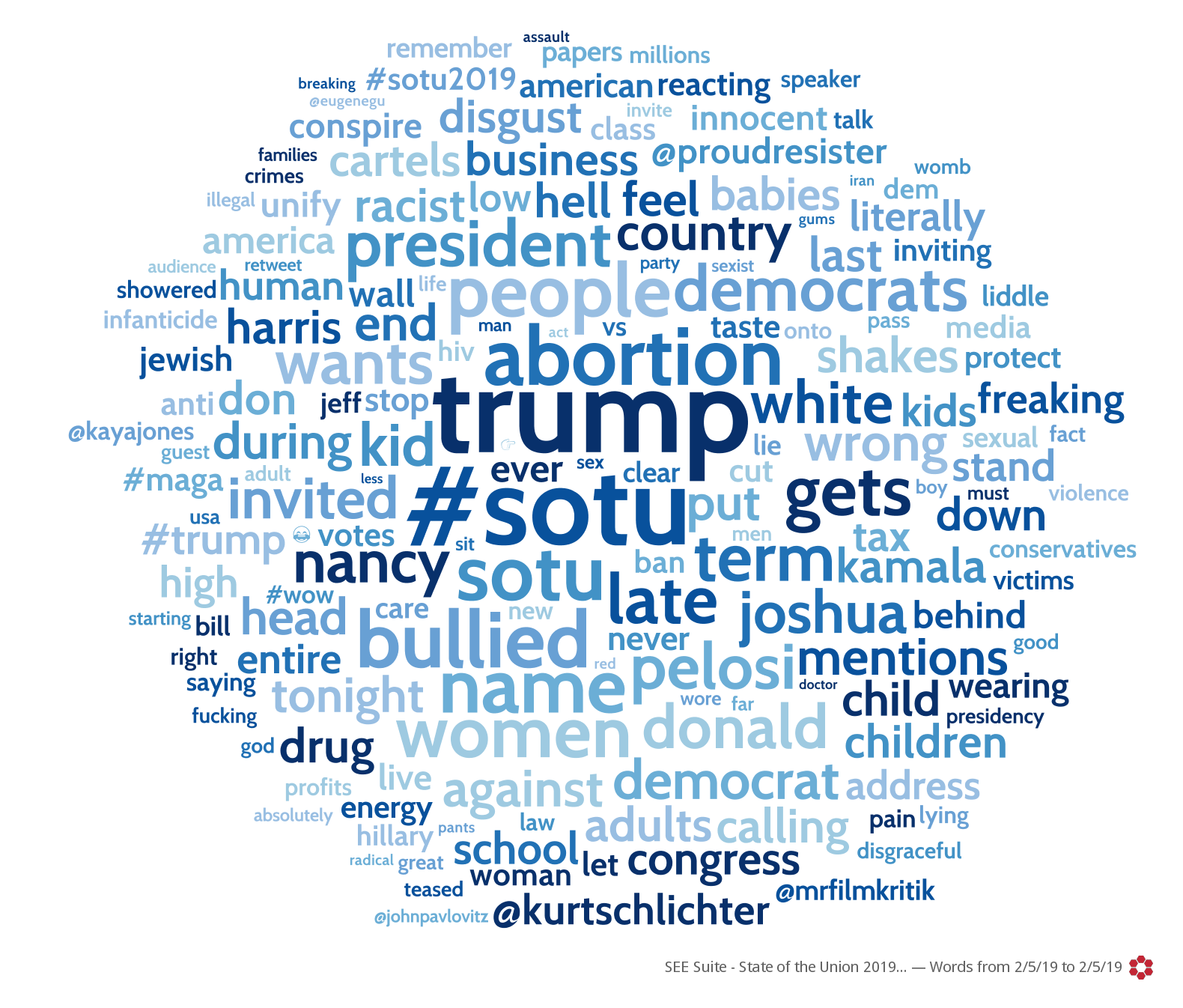 A word cloud of posts coded for sadness reveals that topics like unemployment, gun control, food stamps, and the Mueller investigation are viewed by twitter users in an (understandably) sad light. 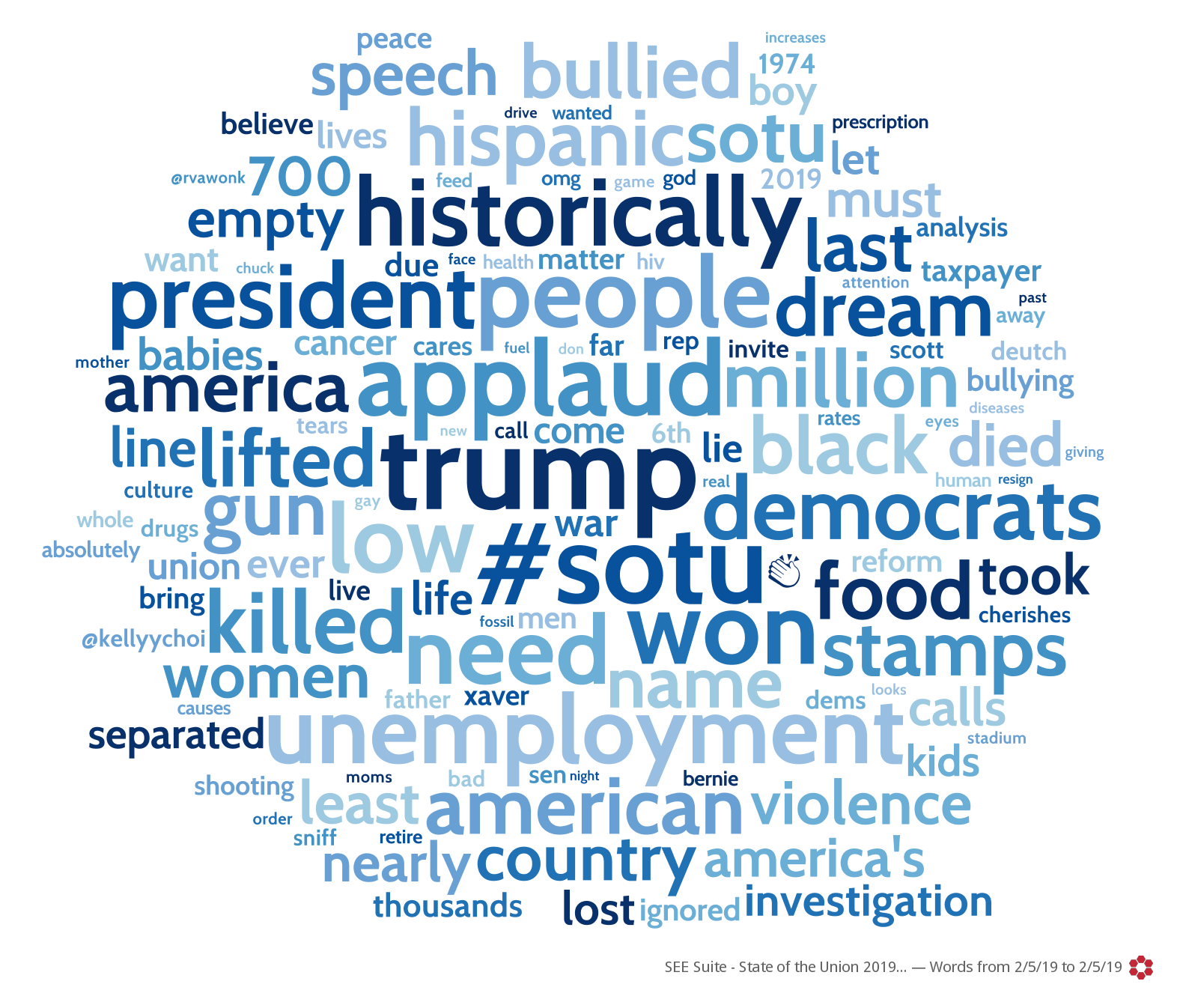 A word cloud of posts coded for disgust shows that topics like abortion, racism, and the bullied child whom the president invited, Joshua Trump.