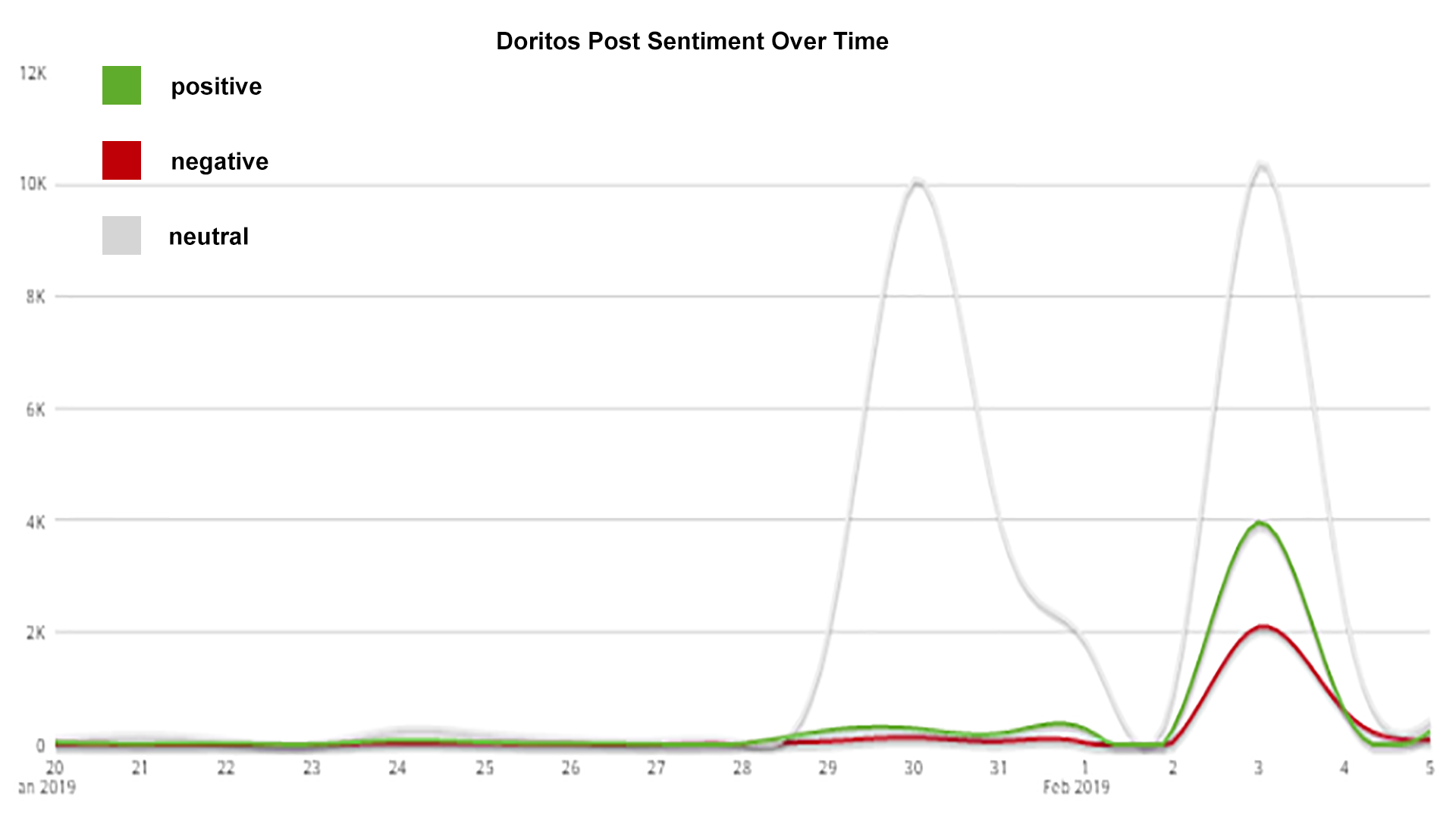 A super bowl party isn’t complete without snacks, and neither are the commercials. Luckily, Doritos came to the party ready to play this year. While other snack brands like Pringles offered their commercials to the laugh-starved masses, Doritos annihilated the competition, inspiring 43,106 posts versus Pringles’ 3,641.

Recruiting both Chance the Rapper and the Backstreet Boys, Doritos tapped into two audiences, young adults from 18-25 who are fans of Chance the Rapper, and adults 30 and older who would be more familiar with throwback group The Backstreet Boys. Doritos had a surge in content on January 29th when they released their ad on Youtube, receiving a boost after blogger and media haven Karen Civil shared the ad on her Twitter. The Karen Civil-triggered storm kept excitement alive surrounding the ad prior the game and Doritos naturally hit another conversation peak during the big game.

Chance the Rapper and the Backstreet Boys in a Doritos commercial. That’s a cross over I didn’t know I needed to see

Day of, 16,456 tweets were sent out about Doritos’ spot, with 24% identifiable as positive and 18% negative. Of the latter group, posts expressed disappointment in the chip brand’s commercial in comparison to ads of years past. An additional two thousand tweets shed light on Doritos’ use of palm oil in their products, a cause jumpstarted on Twitter a week prior with a spoof ad attacking the brand. Despite some speed bumps, fans were entertained by The Backstreet Boys and Chance the Rapper’s appearances. Here’s to hoping that consumers remember that the chips, not just “I Want It That Way,” got a remix this super bowl. 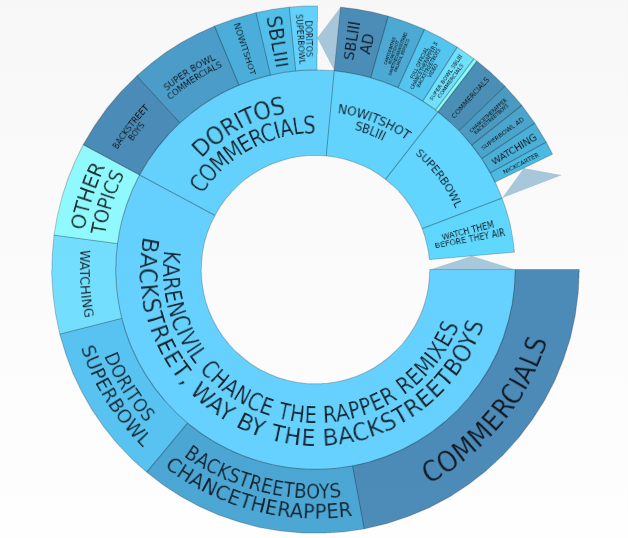