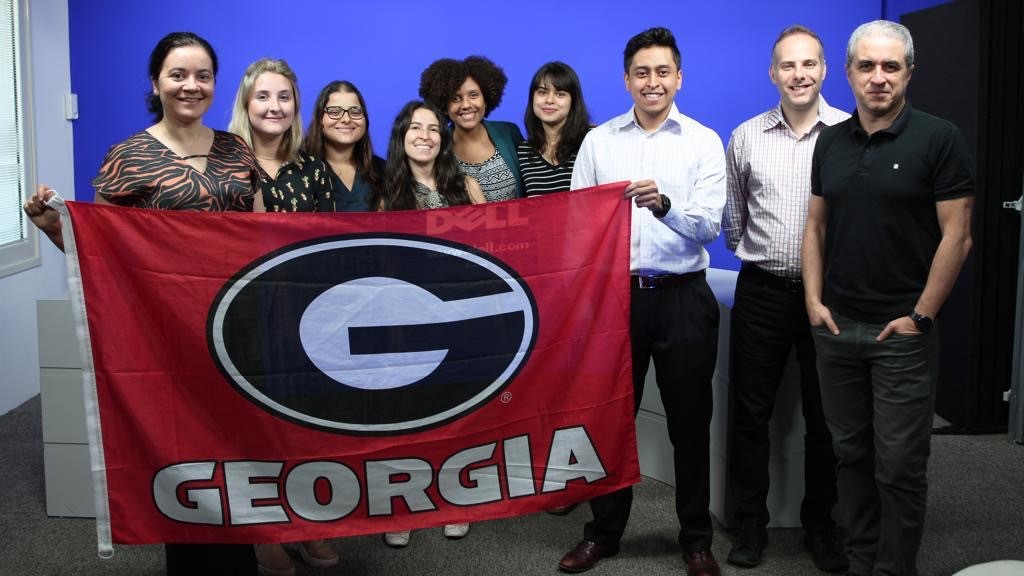 For my senior year spring break, I had the incredible opportunity of working with Imagem Corporativa based in Sāo Paulo, Brazil. Imagem Corporativa is one of the main communication and public relations agency based in Brazil. I was not only able to tour the agency, but I was also able to shadow each department as I gained further insight as to what daily workflow looks like for the agency. After work, I would explore the busy city and do my best to eat as much food as possible. I have a friend from Brazil and before leaving I asked, what the most important things to do while visiting were and she replied, “Eat as much food as you can while you’re there.” You better believe I took her advice! During the daytime, there were plenty of food venders on the streets which sold fresh fruit and other famous Brazilian snacks which I visited frequently. I was lucky enough to have my hotel directly near one of the busiest streets in Sāo Paulo; Paulista Avenue. On the weekends, they close down Paulista Avenue, and during that time, there are live performances, people with booths selling things, and a lot of locals walking the street. It was quite the sight! The city is filled with life and plenty of things to do. I also had the opportunity to visit the Museum of Art of Sāo Paulo (MASP) which is home to several famous art pieces.

I was a little worried when I left for Brazil as I am not fluent in Portuguese. However, everyone was very friendly and accommodating once they recognized I only spoke English. It also helped that I had the Google translate app at my side at all times. Overall, it was a memorable experience that I was lucky to be a part of. I worked with one of the best public relation agencies in Brazil, as well as extending my knowledge in the mass communication field. I also made some wonderful acquaintances and saw unforgettable views which definitely made the trip one to remember forever.