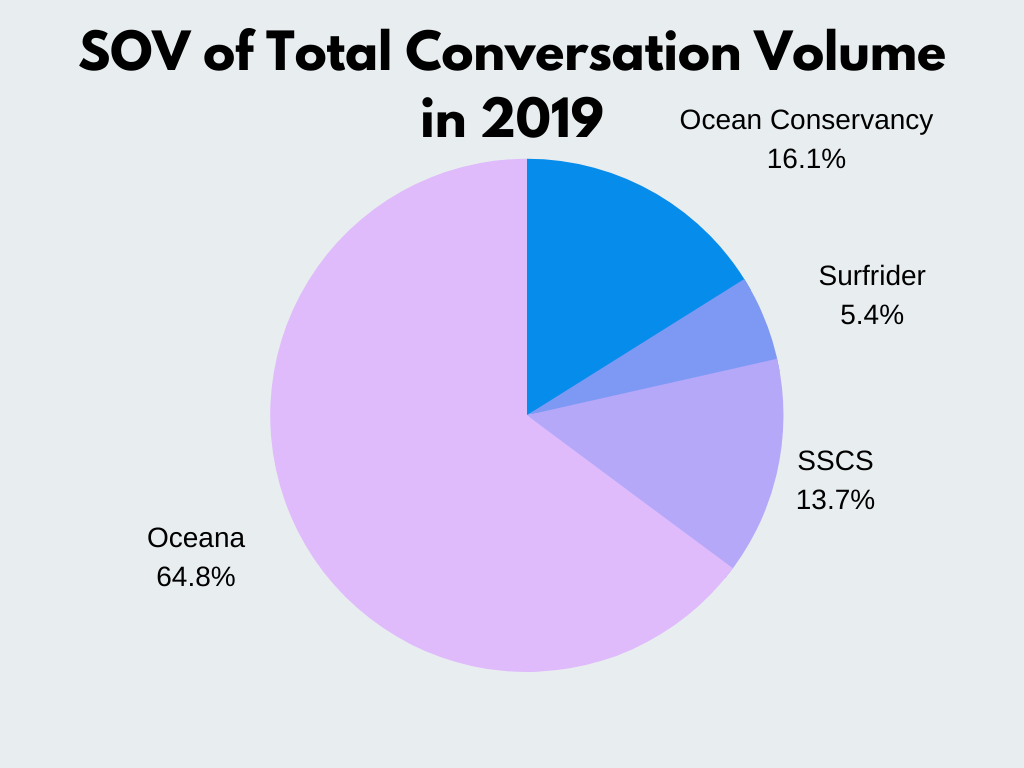 When conducting our competition analysis for Oceana, we wanted to determine who dominated most of the conversation among them and their three main competitors. We chose to take the total conversation volume for all four organizations in 2019 to create a share of voice analysis. While Oceana had far and away the highest percentage among the competition, their top competitor was Ocean Conservancy.

From there, our group looked at a spike analysis for Ocean Conservancy to identify what was driving a lot of their conversation. We noticed that there was a massive spike in conversation near the end of September which was considerably larger than every other week in 2019 (total volume of 7,838).

We observed that a large amount of the engagement in the conversation, in this case defined as retweets and replies, stemmed from a very popular Chris Hemsworth tweet about the International Coastal Cleanup that Ocean Conservancy had organized (2.8k retweets and 265 replies). Upon further investigation, we discovered multiple high-profile celebrities had tweeted similar messages from them. This was the driving force behind this week’s massive spike in conversation for OC. Despite Oceana’s success in the share of voice, they have yet to utilize celebrity spokespeople on Twitter. This clearly effective strategy would increase their reach and give them an even stronger hold on the conversation.

SEE Suite at time of COVID-19

SEE Suite at time of COVID-19