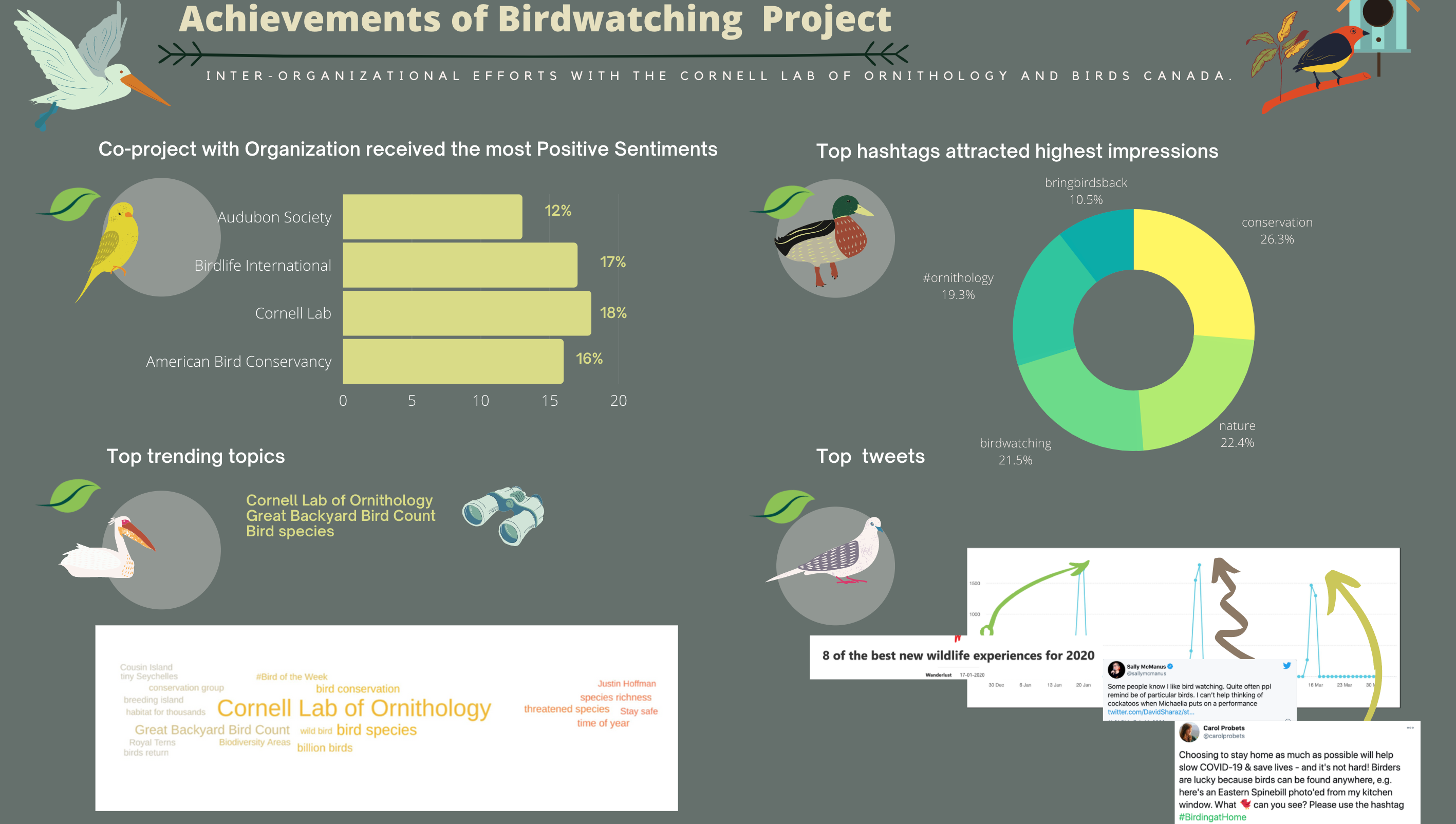 We see birds in everyday life: in the countryside, the city park, on electronic wires. However, have you ever envisioned a world without birds? Audubon society reports observed that wild bird populations have continued to plummet, particularly in recent decades possibly due to climate change. Thereby, conservation actions towards endangered birds are becoming the most crucial mission of the National Audubon Society.