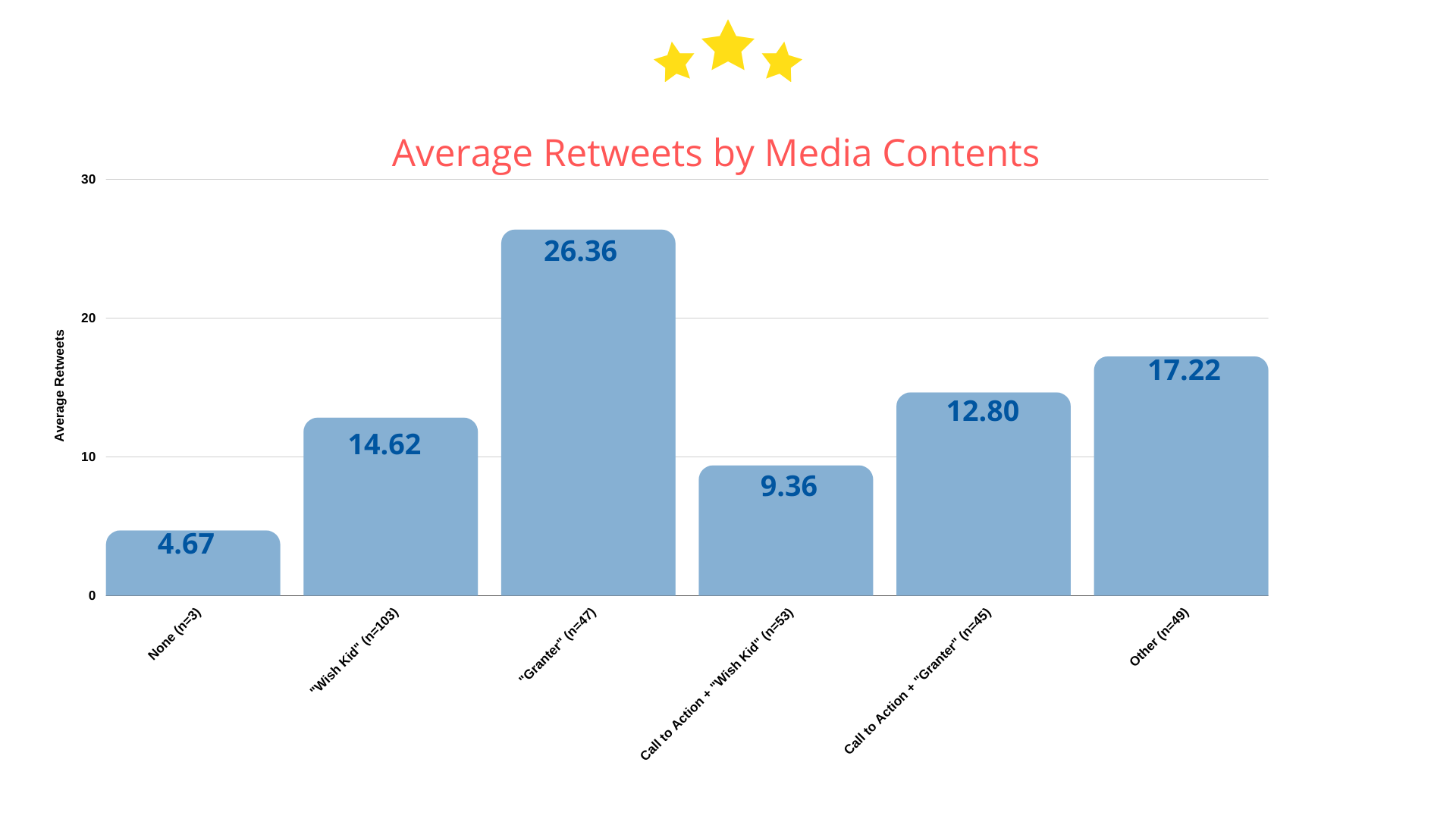 Make-A-Wish has brought smiles to children’s faces for 40 years. In a world with unexpected twists and turns, MAW still finds a way to brighten everyone’s day with great stories and content. MAW’s Twitter usage is important and that’s why our team analyzed their content, we want to make sure they maximize retweets whenever they post content.

In our analysis on MAW’s twitter profile, we found some metrics that show how they can improve their average retweets per post. Media contents pertains to who is pictured in the media (i.e. photo or video) embedded in the tweet. This graph shows the average number of retweets received based on media contents. Notably the presence of “granters”, usually a celebrity or public figure, led to more average retweets. Whenever celebrities were involved in the original MAW tweets, average retweets spiked.

Also, when MAW ties a video, which is often a wish kid receiving a wish, retweets spike exponentially. This graphic also reveals linking the organization website is a less effective method for exploiting average retweets. Since these videos usually include heartwarming material, the viewer may be more inclined to share with followers, which may lead to expanded reach.