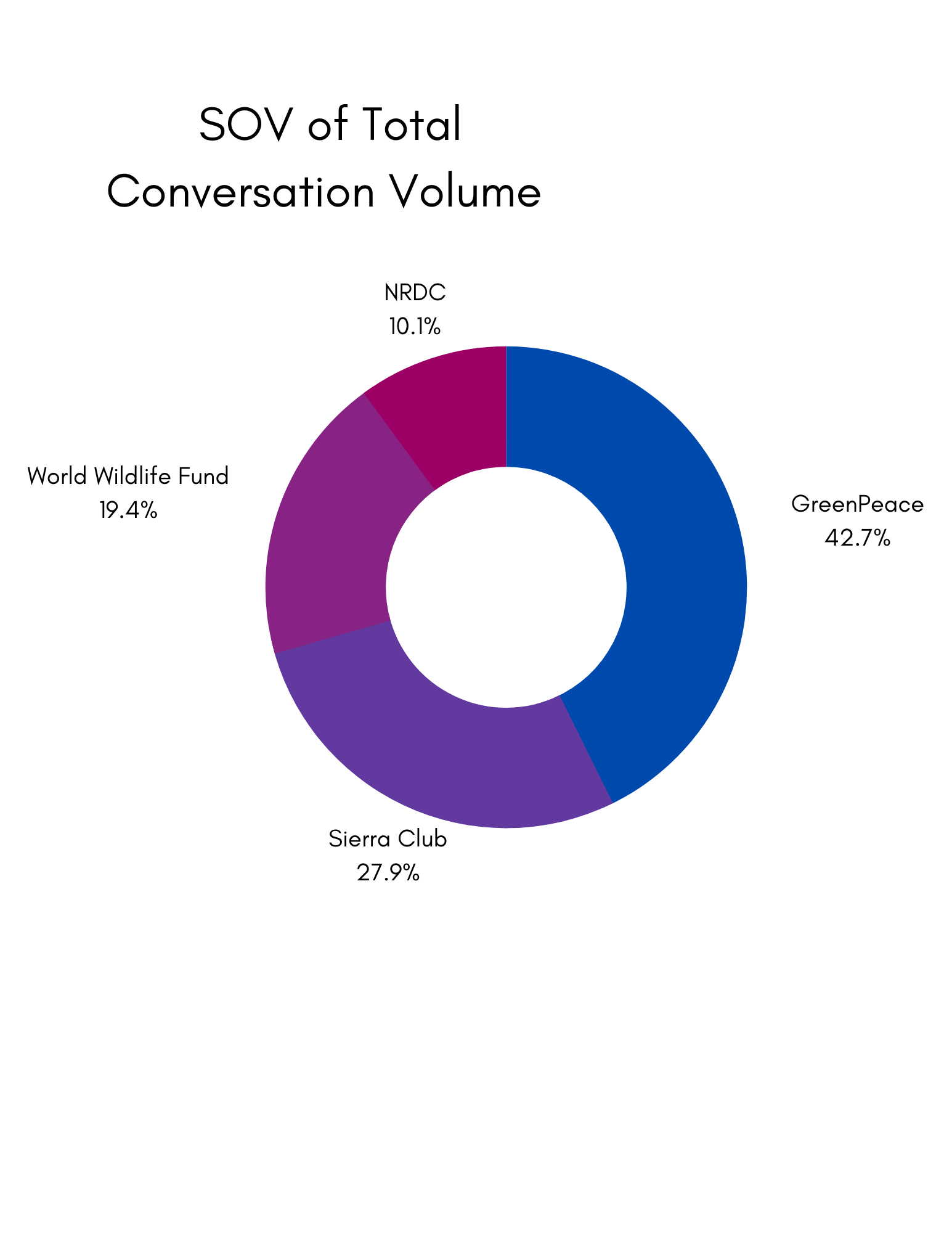 We then decided to take a further look into why GreenPeace had a higher percentage in regard to conversation compare to the Sierra Club. One thing we found was the audience that interacted with each organization. We found that GreenPeace targets an audience that is more focused or involved with politics and environment. However, the Sierra Club targets an audience more focused on politics and family/parenting. In fact, their audience members that have in interest in or who are involved in environmental issues, have actually decreased in regard to their interaction with the organization.

While it is common for every organization like Sierra Club and GreenPeace to deter from their main purpose, we believe there has to be balance. In order for the Sierra Club to enhance their social media presence on platforms like Twitter, they need post more about what actual environmental issues and gain that following back.