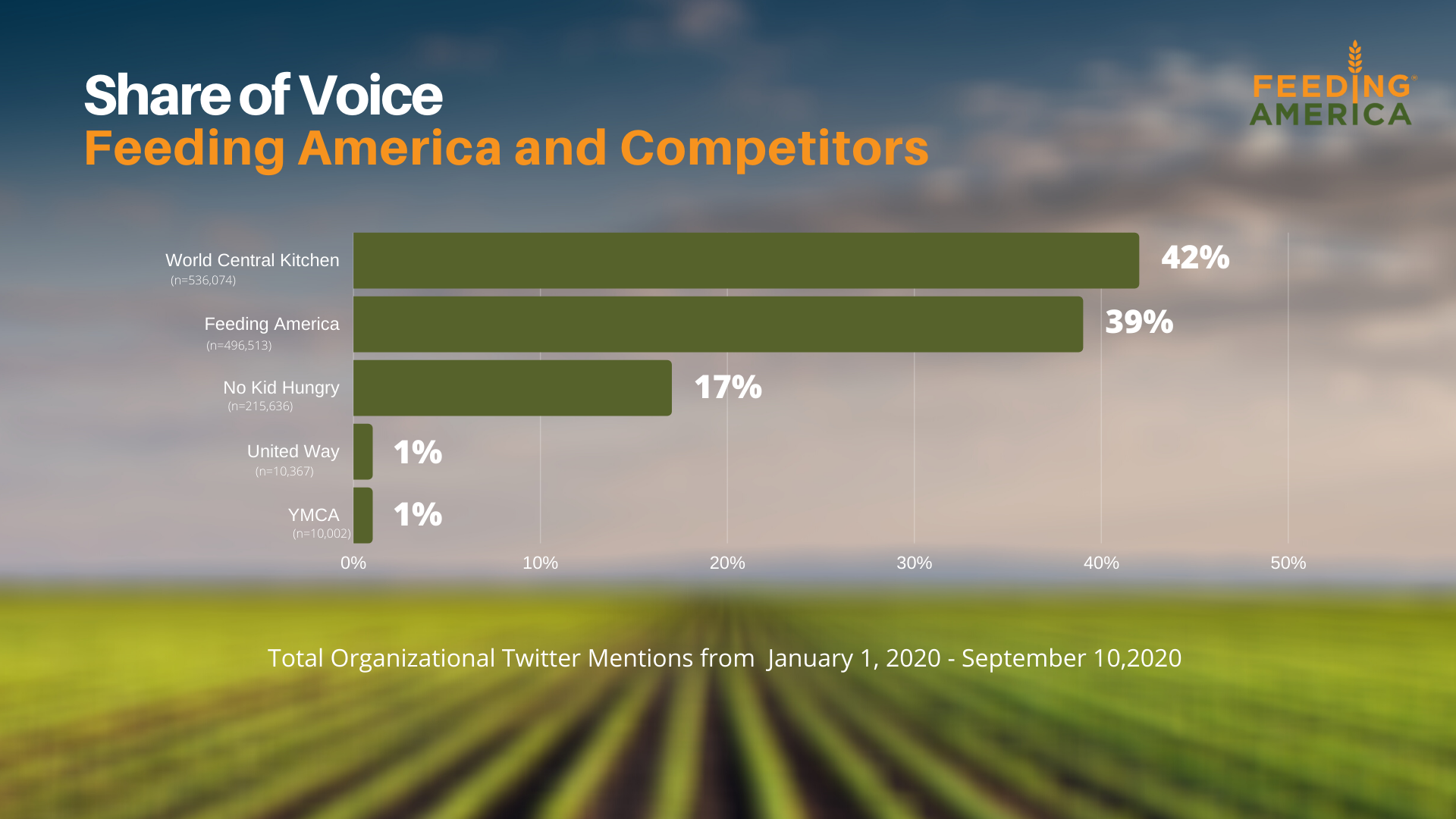 The second KPI that we believe can contribute to the success of Feeding America’s social media is the use of designated influencers or spokesperson(s). The founder of World Central Kitchen uses his personal Twitter account to provide updates on the organization, contribute original content, and form personal connections with stars of pop culture. In the linked example, Chef Andres includes Lin Manuel Miranda and the popular Broadway production, Hamilton, in his content. The “behind the scenes” content makes this video engaging, real, and the references provide relatability to the audience. World Central Kitchen is able to connect with their audience long-term by creating a “household” connection.

The connection that WCK creates can reach (and engage) with larger audiences because of one other notable KPI – unique, themed hashtags. In the example above, the hashtags are #RecipesForThePeople and #ChefsForAmerica. These two themes allow World Central Kitchen to create conversations based on the content that they put out.

Contrast this with this donation Tweet from Feeding America or this Parks and Rec reunion Tweet and notice that these hashtags are broad and mostly untargeted. While a hashtag such as #COVID will enable Feeding America to reach a larger conversation, it may not correlate to more engagement. We believe that generating some hashtags to carry out a conversation, like the one around Parks and Rec, would allow the audience to contribute to a “household” conversation. One example might be something like #PlatesForPawnee to celebrate donating to Feeding America during the reunion month.