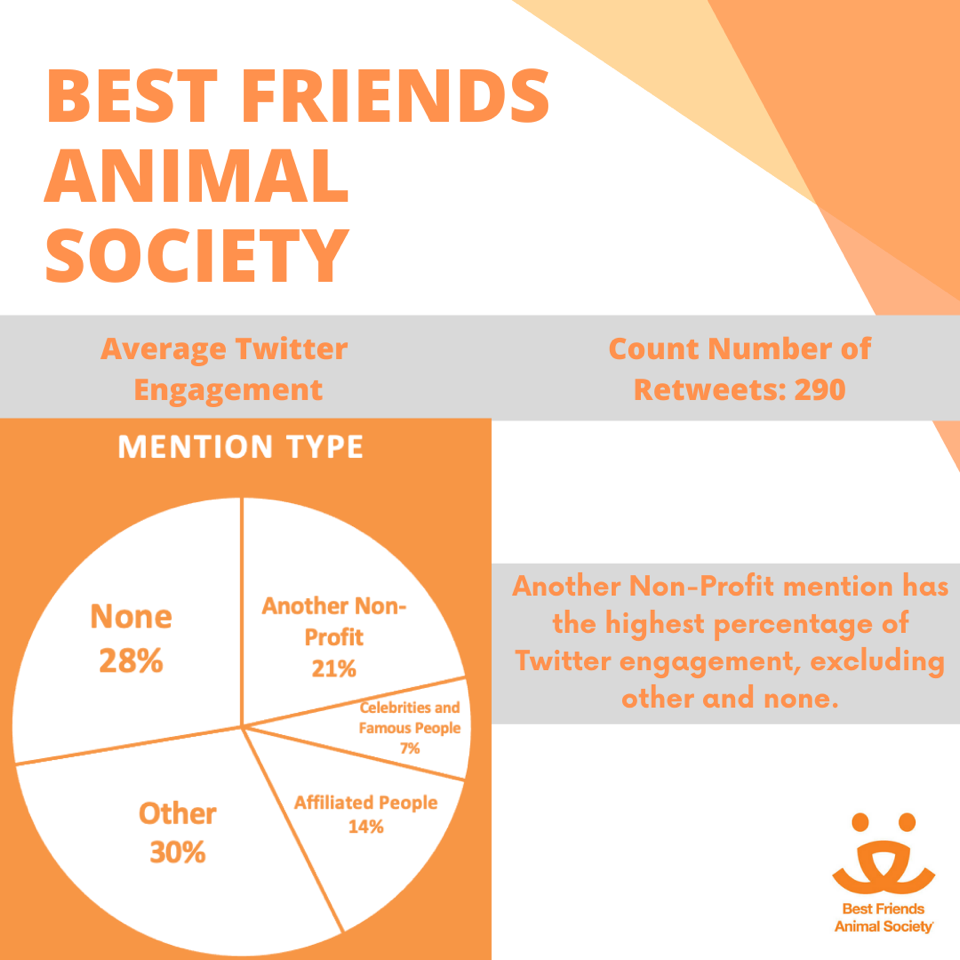 Throughout our analysis of Best Friends Animal Society’s twitter, we have found there are a couple ways Best Friends Animal Society could increase their engagement. They can use funny image content and the mentioning of other non-profits to help their engagement. As shown in Figure A, funny images had very high engagement, just behind adoption ads. (Shown through Twitter retweets.) BFAS succeeds when they ALSO post content that the average twitter user would want to engage with; funny content opens their engagement to the masses rather than just their supporters.

We can see from the data in Figure B (excluding other and none,) that mentioning other non-profits in their tweets increases engagement. Mentioning other animal rescue shelters opens their audience to more than just Best Friends Animal Society supporters and followers. The data also shows that celebrity mentions increase engagement the least.